The moderation team for the Rust programming language resigned effective immediately. The resignation was tendered via a pull request on GitHub, wherein the mod team said the Rust Core Team has become "unaccountable".
Nov 22nd, 2021 11:20am by Mike Melanson 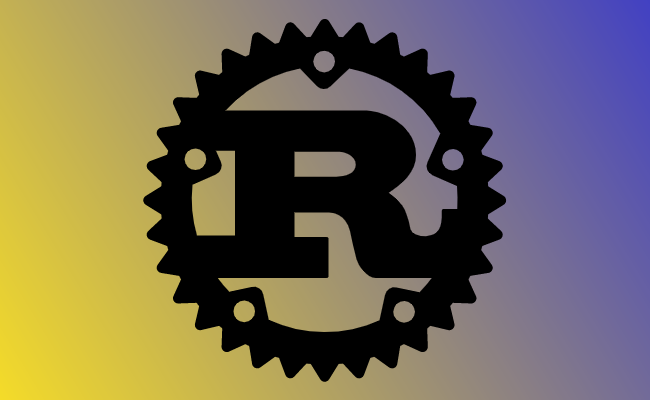 This morning, the moderation team for the Rust programming language resigned effective immediately. The resignation was tendered via a pull request on GitHub, wherein team member Andrew Gallant wrote that the team resigned “in protest of the Core Team placing themselves unaccountable to anyone but themselves.”

According to the page describing Rust governance, the moderation team’s purpose is to do just that — to help “uphold the code of conduct and community standards” — and according to the resignation letter, they are unable to do so, with the Core Team seemingly being outside of those bounds.

“As a result of such structural unaccountability, we have been unable to enforce the Rust Code of Conduct to the standards the community expects of us and to the standards we hold ourselves to,” Gallant continues, before making four specific recommendations to the Rust community as to how to move forward.

First, Gallant writes that the Rust community should “come to a consensus on a process for oversight over the Core Team,” which he says is currently “answerable only to themselves.” Next, the outgoing team recommends that the “replacement for the Mod Team be made by Rust Team Members not on the Core Team,” and that this future team “with advice from Rust Team Members, proactively decide how best to handle and discover unhealthy conflict among Rust Team Members,” with “professional mediation” also suggested.

The final point, which they say is unrelated, is that the next team should “take special care to keep the team of a healthy size and diversity, to the extent possible,” something they failed to do themselves. To that point, the outgoing team is just three members, Andre Bogus, Andrew Gallant, and Matthieu M.

While these recommendations were made, it would appear from the moderation team page that an interim team, if not a permanent replacement, has already been named, with Khionu Sybiern and Joshua Gould, already listed as new members. Gould was already a member of the Rust Community Team. The page now lists the former team as Alumni and with a message thanking “all past members for their invaluable contributions!”

The former team concludes their resignation letter, writing that “we have avoided airing specific grievances beyond unaccountability” because they are choosing “to maintain discretion and confidentiality” and that the Rust community and their replacements “exercise extreme skepticism of any statements by the Core Team (or members thereof) claiming to illuminate the situation.” Finally, they note that they are open to being contacted by Rust Team Members “for advice or clarity,” which, with that letter and its ending, one must imagine the community will be doing.

While little is happening on Twitter beyond various Rustaceans wondering what exactly is going on beneath the surface, Andrew Gallant’s last tweets appear to concern an early September kerfuffle around the direction of Rust, the Core Team, and Amazon, in which an article in Infoworld set things off.

The article was later edited with a note that “A previous version of the article correctly stated that the Rustacean Principles were modeled after Amazonian tenets, but unintentionally may have implied that Amazon was somehow responsible for Rust development. Amazon employs several Rust maintainers and contributors, but it is just one of many companies with employees involved.” Of course, these two things may be entirely unrelated, as well.

While they are not offering any further specifics, a separate Reddit thread on /r/Rust was posted this morning by former mod team member Matthieu M., where he apologizes to the Rust Foundation’s new CEO Rebecca Rumbul, and three new members of the Core Team, JT, Jan-Erik Rediger and Ryan Levick. Matthieu writes “our relationship with Core has been deteriorating for months, and our resignation in no way should be seen as a condemnation of your nomination. I wish you the best.”

For some further commentary on the resignation of the moderation team, Chef co-founder Adam Jacob offers his own meta take on the topic on Twitter, where he notes that, while he has no insider information on the situation, the Rust community has effectively created an unanswerable entity with its Core Team. “One of the things that’s dangerous in the current setup is what the mod team points out here: they’ve effectively created an oligarchy,” he writes. “They’ve created teams to manage various aspects of the community — but how does one join the team? How do we remove them?”

Mike is a freelance writer, editor, and all-around techie wordsmith. Mike has written for publications such as ReadWriteWeb, Venturebeat, and ProgrammableWeb. His first computer was a "portable" suitcase Compaq and he remembers 1200 baud quite clearly.
Read more from Mike Melanson
SHARE THIS STORY
RELATED STORIES
The Graph of Life in a Post-Relational World Engineering Leaders: Switch to Wartime Management Now SANS Survey Shows DevSecOps Is Shifting Left  Low-Code Tools Improve Devs' Work-Life Balance, Survey Finds Case Study: How Dell Technologies Is Building a DevRel Team
SHARE THIS STORY
RELATED STORIES
Slack: How Smart Companies Make the Most of Their Internships Low-Code Tools Improve Devs' Work-Life Balance, Survey Finds Hacks to Help Open Source Leadership Support Inclusion Collaborating with Internal Dev Experience and Tool Teams eBay: Betting on Open Source Is Great for Your Business
THE NEW STACK UPDATE A newsletter digest of the week’s most important stories & analyses.
The New stack does not sell your information or share it with unaffiliated third parties. By continuing, you agree to our Terms of Use and Privacy Policy.