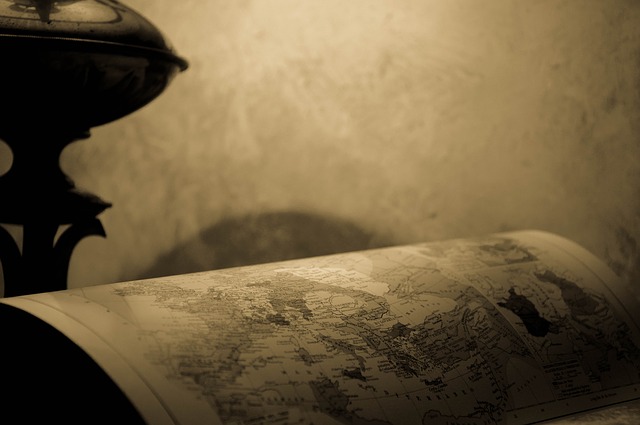 When developing with scalability in mind, understanding how an application will function across hosts, services, and other running applications can present a serious challenge. Traditional application monitoring solutions often fall short of this, leaving pitfalls where users can find themselves unable to truly visualize their application landscape.

Identity application service provider SailPoint needed to instrument its ever-growing suite of IdentityNow services. To help tackle the challenge of monitoring an enterprise-level suite of applications, SailPoint has teamed up with Dynatrace Ruxit to ensure that the IdentityNow infrastructure features a dynamic, agile topography available to developers across its entire stack.

When deploying any system monitoring software, flexibility is key. SailPoint’s IdentityNow featured a stack running not only on traditional hosts, but containers. Dynatrace Ruxit was able to not only analyze the flow of incoming and outgoing requests throughout both segments of the SailPoint stack, it did so without any performance issues noted.

“Our footprint is sizeable, and we’ve seen no lag at our scale in Dynatrace Ruxit identifying problems and bringing them to our attention,” said Marty Bowers, Manager of DevOps at SailPoint. Looking at new ways to tackle challenges is part of what helped to shape the rise of systems monitoring today. When taking a traditional approach to system monitoring, developers often rely on a variety of charts, graphs, and real-time information dashboards to get a picture of what’s going on throughout their application’s infrastructure.

Correlating data before finding a solution to an outage, container health issue, or service malfunction was a waste of valuable developer resources. In the past, when presented with an issue, developers would gather data to help pinpoint a solution, only able to work on resolving it when they had discovered which container, service, or application was behaving erratically. With the rise of dynamic system monitoring approaches, developers can quickly pinpoint where in their stack an issue has arisen, then set about debugging it. 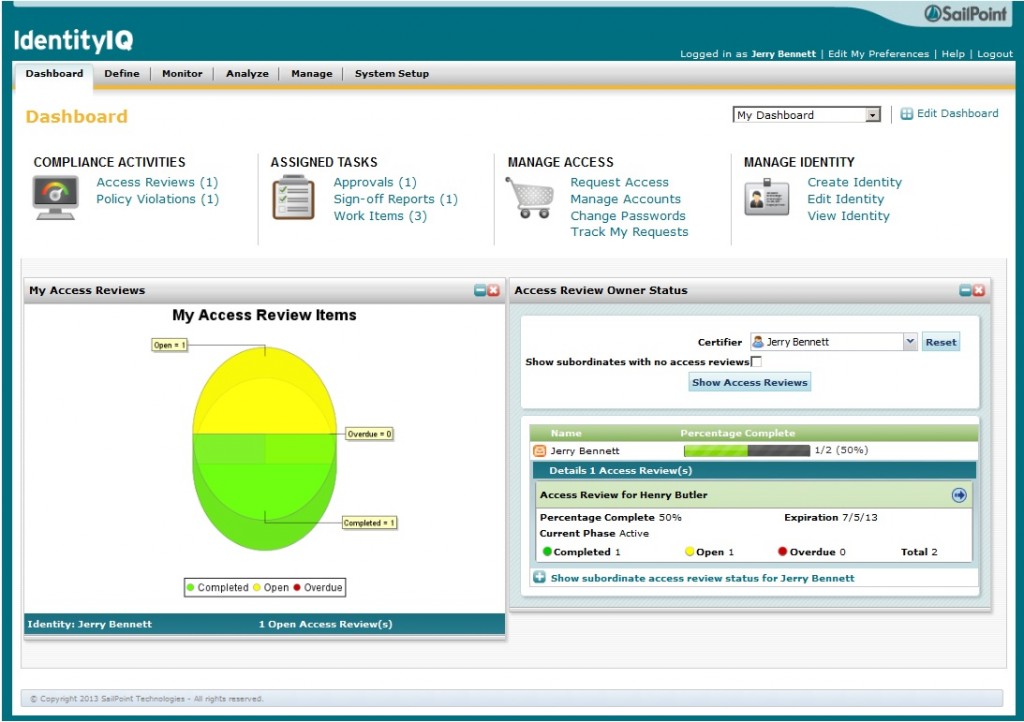 In contrast to the traditional approach, Dynatrace Ruxit not only discovers a user’s entire application landscape, it correlates the data there to point toward the issue itself. This allows for developers such as the team at SailPoint to determine the cause of any issue, narrowing down not only where a problem first appeared, but why.

“The key for us was how Dynatrace Ruxit is able to immediately translate and diagnose a system level issue into true customer impact,” said Bowers.

As technology has continued to evolve, the reality was simple: For those working at scale, traditional methods weren’t the right solution. Bottlenecks, out-of-date information, and the reality of elastic, one-time-use microservices running in containers quickly made traditional systems monitoring obsolete.

“This creates new problems, including the need to keep track of all these containers in terms of their health and when or where they are running,” said Michael Maggio, Vice President of Business Operations at Dynatrace Ruxit.

Building for the Future

SailPoint has Dynatrace Ruxit deployed across all of their IdentityNow environments, with its customers utilizing both on-premise and SaaS solutions. “IdentityNow consists of a suite of services, all of which have a UI for customers running on various data back ends,” said Bowers. As companies continue to scale and gather customers, systems monitoring should be an integral part of any application infrastructure. More and more organizations rely on system monitoring solutions to show them a real-time, easy-to-understand picture of their production environment. 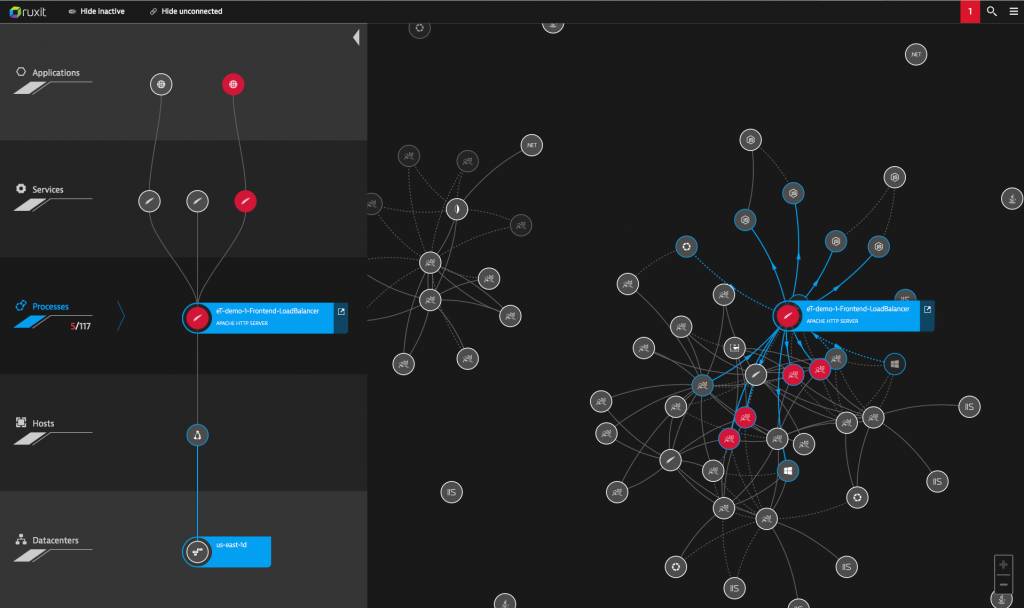 In the event of a system outage, Dynatrace Ruxit saves developers valuable time by notifying them of issues that could impact their users while also, “Providing the actual root cause of the issues, which saves hundreds of man-hours every year that are traditionally spent in “war rooms,” said Maggio. 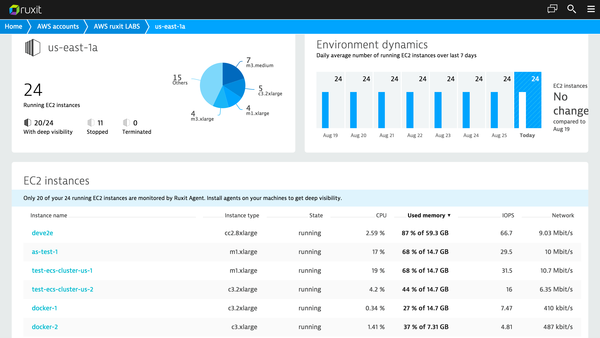 As enterprises continue to shift toward cloud-based technology across their development stack, system monitoring has become an essential part of a developer’s daily workflow.

SailPoint continues to on-board more users to its IdentityNow suite, with Dynatrace Ruxit reporting that many more hosts are being monitored. In addition to this, Dynatrace has seen SailPoint clients continue to on-board the available Ruxit dashboards.

Synthetic monitoring is done in the browser, simulating a pipeline which a visitor to a site would use to navigate it. It allows for enterprises to determine where problems are occurring in their customer pipeline, addressing them before they can significantly impact users. This system monitoring format is ideal when paired with Dynatrace Ruxit, allowing for not only a full view of one’s application infrastructure during peak traffic house but the ability to test as often as is deemed necessary.

Bringing it All Together

Containers have changed the landscape of application design. It is no longer enough simply to have an application or a series of networked containers. Agility, scalability, and automating system fail-over have taken over as the pressing issues facing software developer teams today. When working with containers, understanding not only container health, but their interactions across a server, with dependencies, or one another is critical. Visibility into what containers are running on a single system is no longer enough. Enterprises continue to evolve, as should their system monitoring solutions.