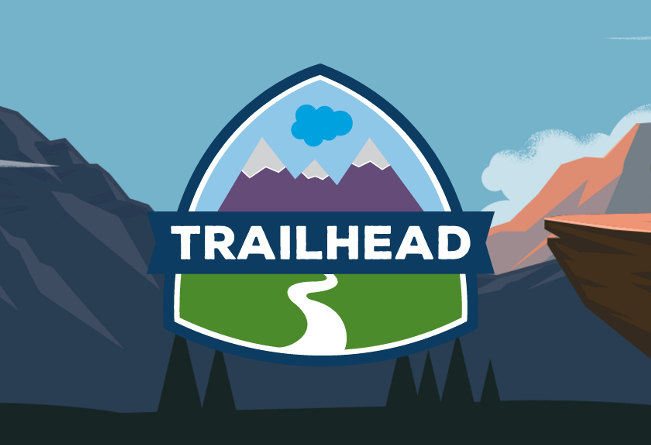 Salesforce has taken its training into the woods. Last year, the company unveiled Trailhead, its developer training online service built around achievements and badges. Now the company has followed up this year with a number of additions to the learning site, including the addition of Atlassian and GitHub tools to the curriculum. It has also added new training for the company’s Einstein artificial intelligence platform

Trailhead is different than the typical developer training services, boasted Sarah Franklin, general manager of Trailhead and senior vice president of developer relations at Salesforce. She said that many of those using the service are not traditional developers if they even were developers at all when coming to the service. Trailhead focuses on extended, visually-aided training exercises that teach users how to build Salesforce applications, integrations, and reputations.

Now, with Trailhead training courses, Users will be able to learn how to use Git for source control, and how to manage and register outstanding issues in Jira.

Salesforce has also introduced a new set of artificial intelligence (AI) services around its Einstein set of AI-enhanced customer analysis offerings, and these were supported with Trailhead training lessons as well. Einstein now offers text analysis for intent and sentiment. “This is pre-trained on CRM data, plus you can add your own data,” Franklin said.

These two new Einstein offerings “help you understand what people are feeling. If we see a customer say, ‘I love that cooler,’ it would return that as, say, probability 95 percent positive. If I said ‘I love that cooler, I want to buy one,’ it would say that’s positive intent, and the intent is likely sales. It could route this to a salesperson. Or if they say, ‘I love my cooler, but the latch broke,’ I need to route that to customer service,” said Franklin.

These two new AI-driven APIs are in open beta for the first time this week, added Michael Machado, director of product management for Salesforce Einstein. “This is the closest you can get to a general natural language understanding model for intent classification. You can generate a pretty solid proof-of-concept with this. Most customers have hundreds of thousands of examples already in Salesforce. What’s the expected macro I want to answer this issue with? You would train this by uploading this to our API, doing a train command, and it would output a specific model ID which you would reference,” said Machado.

Einstein also got another API today: an object recognition API. After training, this can be used to do things like taking inventory with a photo. This feature is generally available in the already accessible vision API in Einstein, said Machado.

While Salesforce has spent a lot of time preparing support for novice developers in this set of releases, the company also addressed the more hardcore developers with its new open beta of Salesforce DX. For traditional developers, it can be a tad opaque to deal with Salesforce code. That’s why Salesforce DX was designed to open the platform up to developers’ most general needs.

Specifically, Salesforce DX will allow developers to download the metadata associated with their Salesforce applications and push that into source control of their own. DX also includes a new command line interface for Salesforce, which will make scripting simple tasks a possibility for developers looking to integrate Salesforce into their existing continuous integration workflows.

“DX is the way we’re helping developers do source-driven development. Everything in a Salesforce Org today you can now export into something we call a Scratch Org,” said Franklin. That Scratch Org is essentially a development test deployment of your Salesforce application and data, thus enabling a non-production sandbox for testing applications that integrate with Salesforce

“Heroku has Pipelines to do continuous deployment. While we do have that at Salesforce, we want to have an open platform that empowers developers to use the tools they love. Announcing the open beta of DX is huge for developers, but also for our partner community,” Franklin said.

Behind the scenes, Salesforce partners will also be testing out a new packaging system for deploying third-party software internally at Salesforce. Franklin added that this only affects Salesforce’s ecosystem of third-party vendors, however.