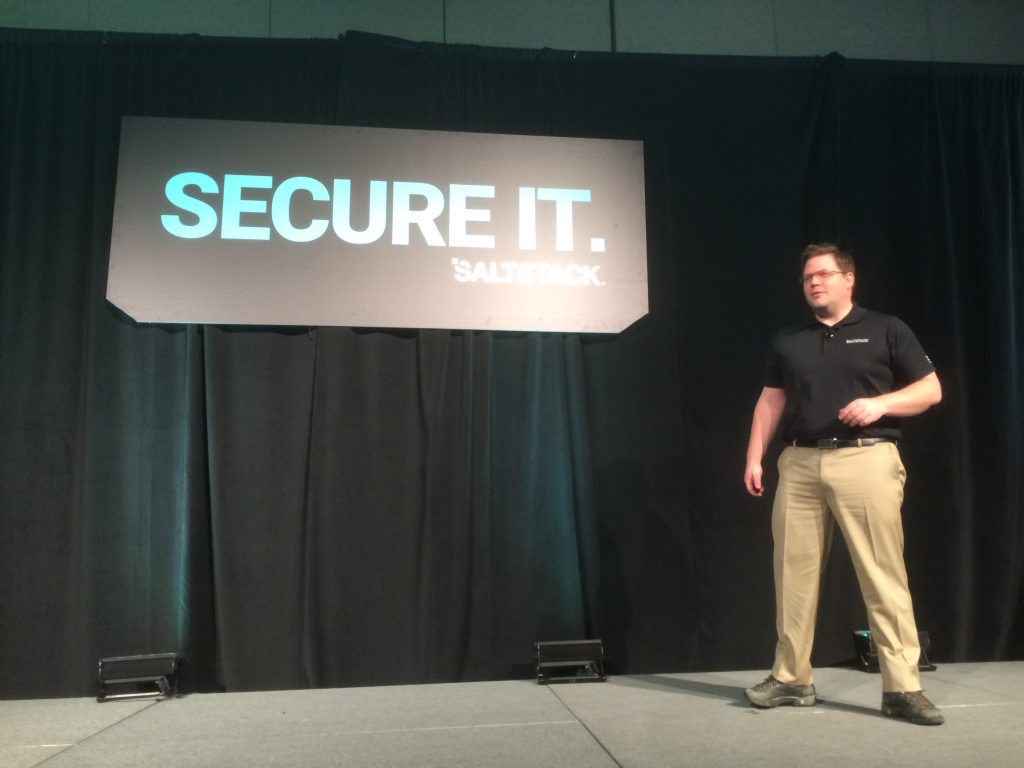 Open source projects today, even purportedly successful ones, often stagnate as they become more maintenance-centric. They don’t continue to help solve new and complex problems as they did originally, some would argue.

“Open source should be more innovation-driven” and “less bogged down in the maintenance of software,” Hatch said.

The projects, as well as SaltStack’s Salt configuration management software and its new version of SaltStack Enterprise, also reflect how SaltStack is seeking to maintain the right balance between open source and proprietary business models, competing against Puppet and Chef, for example.

POP’s main feature is to allow organizations to manage often numerous amounts of plugins across often vast on premises and cloud configurations, as Hatch describes in the documentation, to “find a better way to help these teams collaborate and interface while still enabling large scale development.”

“We really created a new programming paradigm that took the benefits of an object-oriented functional style and made it so that we can create software, which is entirely composed of a plugin ecosystem, and software that can plug into each other, inspired by the work that we put into Salt,” Hatch said.

The main development trap open source projects face is “over-saturation,” Hatch said, which is “one of the curses of open source” which makes it harder to monetize. “And so, we as a company need to keep delivering solutions but we also need to keep monetizing more aggressively — so it’s kind of this dance between the two.”

Hatch said, “despite everything that every open source advocate will argue, people pay for proprietary software and people pay for proprietary content.” Making the business model work involves “striking the right balance,” Hatch said. “You can keep making open source software, but it needs to be innovation-driven, and not maintenance-driven,  because as soon as your open source software becomes maintenance-driven, [the risk] is pretty much what happened to Docker and which happens to a lot of us,” Hatch said.

A lot of the message from SaltStack’s SecOps positioning is “that we don’t care if you’re using Puppet, Chef or whatever, because we can still come in as an overlay management system that is focused on security,” Hatch said. “And we have a number of customers who can attest to that,” Hatch said.

The original concept behind Plugin Oriented Programming (POP), the umbrella project for Heist and Umbra, was how to “take the best aspects of Salt, and make them more pliable and more extensible, so that we can continue to innovate, while having a more successful open source community,” Hatch said during his keynote today.

POP was the end result after more than five years of development work. Hatch said the source of inspiration were “the most-successful open source projects out there” such as operating systems — think Linux — and programming languages.