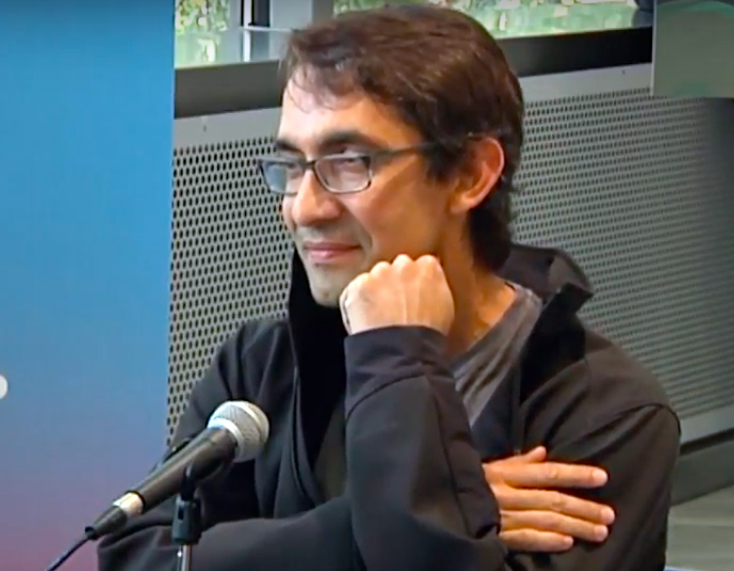 Sam Ramji has a long and storied history in this industry. In the late 2000’s, he joined Microsoft, where he spearheaded the first open source initiatives at that company. His influence would later push for the open sourcing of the .NET platform long after he’d already left for Apigee. In 2015, Ramji joined the Cloud Foundry Foundation as CEO.

Today, Ramji is vice president of product management at Google, where he works with … well, we’ll let him explain just what he’s doing these days.

When we last spoke 10.5 months ago, you were just coming online at Google and trying to get your head around 100 projects inside the cloud group. Are you up to speed now? Has your role changed?

My role has gotten even bigger. There’s so much going on at Google that the idea of having my head around everything is increasingly challenging. What we’ve done is organized very specifically around developers. The work I was doing before was focused on runtime engines, compute engine, AppEngine, cloud functions, a range of the server-side implementations.

We’ve organized this separate group called the developer products group, run by Jason Titus. We focus on developer products. Rather than focusing on the runtimes, we focus on all of the developer tooling. That’s cloud development, our languages, our SDKs, our container builder and container registry, our CI/CD build capabilities, Stack Driver—the spectrum of things used by developers to operators. We’re focused on that “hands-on keyboards” experience.

Rather than focusing on what’s doing the heavy lifting in the background, we’re organized into groups where IaaS is run by the vice president of engineering, Brad Calder, and the PaaS group is run by Eyal Manor.

Then there’s developer products: all the things you use to touch the IaaS and PaaS. That’s Code Labs, documentation, solutions guides, all the stuff that enables developers to discover and learn all the way through code, build, test, deploy, operate and manage.

We’ve also organized the company’s developer relations into the same group. You can discover and learn capabilities through developer advocacy. That’s all in the same group: Android, Home Assistant, Chrome, Daydream, and our global Google Developer Groups. Our GDGs are pretty awesome; there are 850,000 people who come to our events in person every year worldwide.

That’s where I’d say I am getting my hands around everything. I think I understand what we’re doing with cloud. As we connect to what developers want, they all want the thing they’re pulling on, be it Android, or Chrome, or whatever. Simplifying and reducing developer toil has everything to do with cloud services, and putting the complex things behind an API, wrapping that API in an SDK and giving somebody a great idiomatic language experience through which they can access the magic of Google development.

Focusing on documentation and developer experience seems to be a good place to put attention. Google has a reputation for making really great software that they expect you to learn and understand on your own.

The reputation we have is that Google is the most powerful cloud. We’re doing more and more work with Puppet, for example, because it’s about the operator experience. In this shift from being the most powerful cloud, we’re going to continue to fix Moore’s Law, but my focus is on making it the most approachable cloud. That’s the brand attribute we need to add. The way we do it is through day-in, day-out developer experience. Can people find what they need? Can they get up to speed quickly and make it part of their toolbelt? Can they share it with each other? Are there communities forming around the tools?

We’re knee-deep in the cloud wars. What do you think will be the big differentiator between clouds going forward?

I think, and this is just my point of view, I think it’s going to be about machine learning. The price battles are inevitable. At the bottom level, cloud is about mass commoditization of software capability. There’s only one direction that curve is going to go for the non-differentiated services. For the differentiated services, that’s where you find your margins.

The cloud is breaking out two altitudes of adoption. There’s the “hands-on-keyboards” level: What tool is working for me? Am I productive? Then you have an altitude which is the CIO altitude. They have a serious challenge. They’re being told, “You need to be more innovative, have more apps connecting our customers to partners, and making them happy, but also keep the lights on, and do it all on a declining budget.”

Can you differentiate on price over the next 5 to 10 years? That’s hard, I think. You can be customer friendly on pricing. You can make it simpler, and that’s probably a better source of differentiation. The question is, “is your pricing accessible?” not “is it low?”

So how will machine learning help cloud users?

We talked about the digital transformation a decade ago, and now it’s started happening. People used apps, and people found new ways to interact with everyone in their business. You’ve got massive streams of data flowing through your systems; unless you’re doing something to the data to optimize it and reduce time to task completion, then you are, as a company, going to be vulnerable to a competitor that is using machine learning to take those streams and turn that into a faster more effective business.

Vendor lock-in is a huge topic right now in the cloud world. How do you see multicloud shaping up in the marketplace?

I went to Cloud Foundry in 2015 because the need for multicloud was blindingly obvious to me. The customers I got to talk to saw it, too. It was already in demand by the leading edge then. In the back half of 2017, it has become obvious.

The reason I came to Google is that our strategy is to be the open cloud. You should be able to run our software anywhere to have a hybrid cloud or multicloud architecture. That’s going to be a net benefit for us because we’re not dragging a big legacy weight behind us. We’re stepping in with very powerful technology and an assumption that what’s good for customers is good for us. What’s good for them is multicloud hybrid.

How are you faring in regulated markets? Microsoft has heavily courted HIPAA users, for example.

That’s where I think some of the technology is differentiated for us: The way we operate our infrastructure, we’re able to sign a HIPAA BAA across all of Google’s data centers. We don’t have to lock you into one rack. We are seeing some substantial wins in regulated markets like healthcare where they can adopt Gmail, and GSuite, and Google Cloud Platform.

The nice thing about the new job for me is that my focus is on developers and horizontals, so I focus on what is showing up in a developer’s inbox as a need. What are they doing with their fingers on the keyboard, what tools are they’re finding? We have different analysts who are counting the number of developers, worldwide, in different ways. Some say there are 20 million developers, others say 30 million. That’s a big difference. As we start weeding that out to professional developers, paid to spend more than 50 percent of their time writing code, we end up at about 11 or 12 million. That is where my attention and market measurement is focused.

A 20 year veteran technology journalist, Alex Handy cut his teeth covering the launch of the first iMac. His work has appeared in Wired, the Atlanta Journal Constitution, and The Austin American Statesman. He is also the founder and director...
Read more from Alex Handy
SHARE THIS STORY
RELATED STORIES
A Look at Kubernetes Deployment How Yarn Workspaces Accelerated LinkedIn Code Delivery DevPod: Uber's MonoRepo-Based Remote Development Platform Coherence Strives to Streamline Cloud Developer Experience Enriching Dev Experience with Speedy Continuous Integration
Google Cloud, Cloud Foundry Foundation, and Puppet are sponsors of The New Stack.
SHARE THIS STORY
RELATED STORIES
CircleCI to Customers: Change All Secrets and API Tokens NOW! Coherence Strives to Streamline Cloud Developer Experience A Look at Kubernetes Deployment GitHub Actions Were Vulnerable to Rust Artifact Poisoning EngFlow Harnesses Google Bazel for Faster Monorepo Builds
THE NEW STACK UPDATE A newsletter digest of the week’s most important stories & analyses.
The New stack does not sell your information or share it with unaffiliated third parties. By continuing, you agree to our Terms of Use and Privacy Policy.