SAP Builds a Low-Code Platform on K8s and Cloud Functions

The new SAP Build, a low-code service built on SAP Business Technology Platform, uses Kubernetes as its underlying architecture to scale out its multicloud service.
Dec 6th, 2022 11:47am by Alex Williams 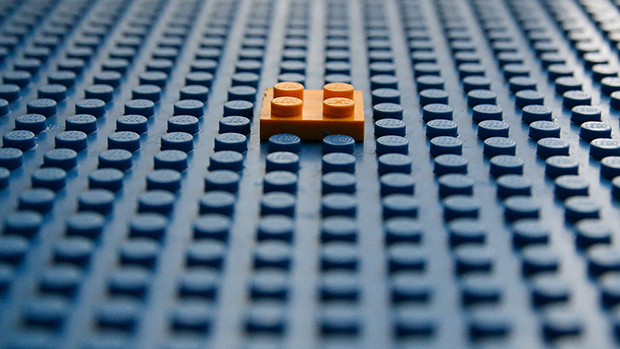 Image by Glen Carrie on Unsplash.

LAS VEGAS — The new SAP Build, a low-code service built on SAP Business Technology Platform (BTP) and announced at the company’s TechEd conference in November, uses Kubernetes as its underlying architecture to scale out its multicloud service.

Integrated with SAP Build is a homegrown cloud functions platform for scaling the capability to deliver business logic for the SAP low-code platform. SAP Build uses a metadata-based approach with cloud functions to offer a granular service for business people to build applications, automated processes, and websites.

With SAP Build, the intent is to give the business user a drag-and-drop capability to build apps that pass through IT control. The IT control is what Juergen Mueller, chief technology officer at SAP and executive board member, said stands as a differentiator to other low code platforms lacking boundaries and governance established by IT.

Metadata defines the business logic in SAP Build, said Bhagat Nainani, senior vice president of product development at SAP. The SAP team built its visual cloud functions capability to deliver the logic in containers that are ultimately managed by the Kubernetes cluster management system, Gardener, an open source project that the company built to handle its Kubernetes clusters.

The visual cloud functions allow the user to define the data model through the frontend user interface. The user defines descriptors as the metadata, stored in an artifact repository and an associated database. According to SAP, its primary function as the software running a database server is to store and retrieve data as requested by the applications. The metadata is then encapsulated in containers that the runners push to the Kubernetes cluster.

A Runner to Interpret Metadata

BTP’s foundation makes heavy use of Kubernetes. Until a year ago, SAP had a low-code capability but without the connecting piece and persistence that came through adding visual cloud functions. Previously, through the acquisition of AppGyver, SAP had a model that could run with Firebase or other databases, but further backend logic still required custom code to be deployed.

“The descriptors are what then describe the logic,” Nainani said. “And then that metadata then runs on the runners. And then runners keep that metadata intact in a container.”

The SAP Build team says “descriptor” may be more accurate than metadata. The descriptor defines what the app/backend does as created by the UI, which is then interpreted by the runtime to produce the final app/cloud solution in its executable form. The design time edits the metadata/descriptor in a JSON format. There is no specific encoding

In this approach, SAP provides a managed solution for building, testing, deploying, and running low-code applications.

In his keynote at TechEd, Muller said that IDC, the analyst firm, predicts a longer shortfall of 4 million developers by 2025. The answer is to enable the business users themselves to build the applications their organizations need.

“It can also enforce consistent governance and life cycle management capabilities across all apps through development,” Mueller said. “This way, IT teams can be confident that all apps deployed by the business meet necessary security and governance requirements.”

SAP Build will cater to people who know SAP systems, said Julia White, chief marketing and solutions officer and member of the Executive Board at SAP SE. White said that they see enterprises wanting more automation for repetitive tasks, evident in their overall supply chain management.

“Most people use a few different systems for their supply chain,” White said. “They’re not just [using] a single source for their entire end-to-end supply chain. So someone who’s running a supply chain system could be like, ‘Hey, I need this thing in between these systems,’ or ‘I need to have something that can cut across some of these systems.'”

Most business people use email and spreadsheets to try and work through manual tasks. But there are some cases when an offline system just doesn’t cut it.

Qualtrics is a software company that makes survey tools. It uses SAP Build but started with a low-code platform from another provider. The app connects prospects with the Qualtrics platform end users, said Spencer Cook, XM advocates lead at Qualtrics, in an interview at SAP TechEd.

The Qualtrics team built the entire app before opting to use SAP Build. Cook would not say which vendor the team had previously used. Still, the app, built on the platform from the previous vendor, did not get IT management’s approval due to various factors, including security issues and a need for more clarity in the application’s business logic.

“The logic was not as clear as it is in SAP Build,” Cook said. “You can see exactly how the flow goes. In this other tool, the steps were kind of compressed. You couldn’t really see what was occurring in each one of the steps.”

Qualtrics built a pretty sophisticated app under Cook’s direction. The service connects people in a granular way that a service like LinkedIn can’t do.

Users download the app and create profiles, Cook said. They provide use cases, favorite features, how long they’ve been using the app, and the integrations. For Qualtrics, Cook can filter the data to show, for example, what customers use Qualtrics and Salesforce. Plus, Cook can add branding and details such as rounded edges that make the app more professional. Qualtrics uses Xano, designed for use with low-code services, as its backend, Cook said. Its API integrates with AppGyver, the service that is now SAP Build.

A Service Designed to Scale

SAP Build’s granularity provides SAP with a service that can scale for customers. That’s a market of 220 million users, according to Mueller. SAP Build integrates as well with third-party apps through its API.

How to gain adoption is the big question for SAP Build. Low-code platforms often face ad hoc usage, but if it decreases the load on developers and IT, there may be a chance for collaboration to build low-code apps with broad use.

There’s a famous speech that Steve Jobs gave in 1992 at the Massachusetts Institute of Technology Sloan School of Management. He came to talk about NeXT Computer, the pioneering hardware company where he worked as CEO. He spoke about the rise of apps in operations for mission-critical uses.

Today, apps rule, but developers build them. Now comes the test. Will business users be the next wave of people to develop apps? It will depend mainly on adoption, app sophistication, and the time it takes to produce the apps. SAP still requires a lot of IT control with SAP Build, which may slow development, but it has a level of sophistication that makes it competitive.

Alex Williams is founder and editor in chief of The New Stack. He's a longtime technology journalist who did stints at TechCrunch, SiliconAngle and what is now known as ReadWrite. Alex has been a journalist since the late 1980s, starting...
Read more from Alex Williams
SHARE THIS STORY
RELATED STORIES
Data, Analytics and AI: What Will Happen in 2023 A Look at Kubernetes Deployment Kubernetes 101: Deploy Your First Application with MicroK8s Kubernetes Pains? Platform Engineering Can Help Kubernetes CI/CD Pipelines Explained
SAP is a sponsor of The New Stack.
SHARE THIS STORY
RELATED STORIES
Kubernetes App Deployment from the Command Line PromCon 2022: Why Prometheus Had to Change Managing the Cost of Kubernetes DevOps: Kubernetes Help Desk or Self-Driven Innovation? Kubernetes Pains? Platform Engineering Can Help
THE NEW STACK UPDATE A newsletter digest of the week’s most important stories & analyses.
The New stack does not sell your information or share it with unaffiliated third parties. By continuing, you agree to our Terms of Use and Privacy Policy.