For anyone that has enjoyed using CoreOS Container Linux, mark May 26, 2020 on your calendar, as that is the day this Linux distribution will reach its end of life and will no longer receive updates.
Feb 7th, 2020 9:29am by Jack Wallen 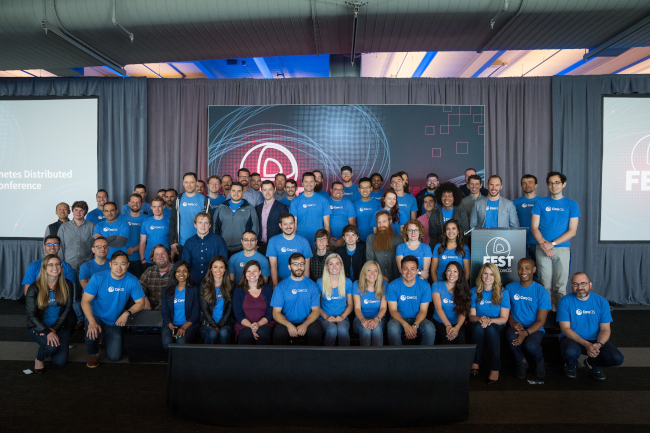 For anyone that has enjoyed using CoreOS Container Linux, mark May 26, 2020 on your calendar, as that is the day this Linux distribution will reach its end of life and will no longer receive updates. The developers of CoreOS are strongly recommending that users immediately begin migrating their workloads to another platform.

Red Hat, which purchased the company behind CoreOS in 2018, will, as of Sept.1, 2020, delete all CoreOS images. That means even if you wanted to download CoreOS (without supported updates), you won’t be able to.

“We’d like to extend our gratitude to our users, contributors, partners, and advocates who contributed to the success of CoreOS and Container Linux over the years,” Red Hat asserted in a statement, which goes on to thank Rackspace, DigitalOcean, and Azure for supporting CoreOS early on, as well as Geoff Levand for his contributions to the ARM64 port.

CoreOS Linux (renamed CoreOS Container Linux) was an open source, lightweight Linux operating system geared specifically for providing the necessary infrastructure for clustered deployments. It was unique among Linux distributions in that it focused on automation, ease of application deployment, security, reliability, and stability. It was initially released in October 2013.

Asked to CoreOS’s then-novel self-updating aspect of CoreOS, CoreOS founder Alex Polvi told The New Stack in 2014 that “there’s nothing like this for servers. If you can deliver a patching system like this on servers, it would be a big deal. It would provide a lot of value, security and performance.”

What Is a User to Do?

To anyone that has become dependent on CoreOS, is there another option? Oddly enough, the end of CoreOS was announced soon after the release of, you guessed it, Fedora CoreOS. Fedora CoreOS is the official successor to CoreOS Container Linux. “Fedora CoreOS is an automatically-updating, minimal operating system for running containerized workloads securely and at scale,” according to the official description.

Fedora CoreOS combines the provisioning tools and the automatic update model of CoreOS with the packaging tools, OCI support, and SELinux security found in Atomic Host.

Although Fedora CoreOS is the official replacement for CoreOS, there are a few use cases it cannot replace, such as:

It should also be noted that although Fedora CoreOS does provide best-effort stability, it may include regressions which could break certain use-cases and/or workloads.

For those looking for a non-Red Hat alternative should check out the Flatcar Linux project, a fork of CoreOS Container Linux.

For more information on switching from CoreOS to Fedora CoreOS, make sure to read the official migration notes.

SHARE THIS STORY
RELATED STORIES
How Capital One Performs Chaos Engineering in Production What TNS Readers Want in 2023: More DevOps, API Coverage Entrepreneurship for Engineers: Building for Customers’ Love Platform Engineering Won’t Kill the DevOps Star Data, Analytics and AI: What Will Happen in 2023
Red Hat is a sponsor of The New Stack.
TNS owner Insight Partners is an investor in: The New Stack.
SHARE THIS STORY
RELATED STORIES
Choosing the Right Container Native Storage for AWS Public Cloud Kinsing Malware Targets Kubernetes Agent-Based vs. Agentless Security: Which Approach Is Better? The Top 4 Threats to Securing Your Cloud Infrastructure 5 Best Practices for DevSecOps Teams to Ensure Compliance
THE NEW STACK UPDATE A newsletter digest of the week’s most important stories & analyses.
The New stack does not sell your information or share it with unaffiliated third parties. By continuing, you agree to our Terms of Use and Privacy Policy.