Docker Bench for Security can check for dozens of common security best-practices around deploying Docker containers in production.
Sep 21st, 2021 8:01am by Jack Wallen 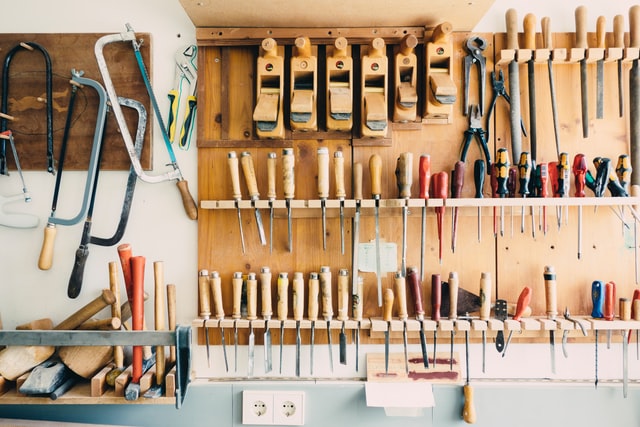 If you’re a cloud native developer, chances are pretty good you work with containers and container images. The problem with this is that you might base your work on an image that contains vulnerabilities. So, out of the gate, security is an issue. And if you are working with vulnerable images, security issues will plague your apps and services. That’s not the only issue you face. You deploy your containers from a host platform. Are you certain that the host platform is secure?

There are a lot of moving parts within the realm of cloud native development, so it’s always best to start with a solid foundation. That’s why there are tools like Docker Bench, which can run an audit of your hosting platform to find any possible issues you might not even know about. According to Docker documentation, “the Docker Bench for Security is a script that checks for dozens of common best-practices around deploying Docker containers in production.”

Docker Bench will scan your host platform for the following vulnerabilities:

The tests are all automated and based on the CIS Docker Benchmark v1.3.1. 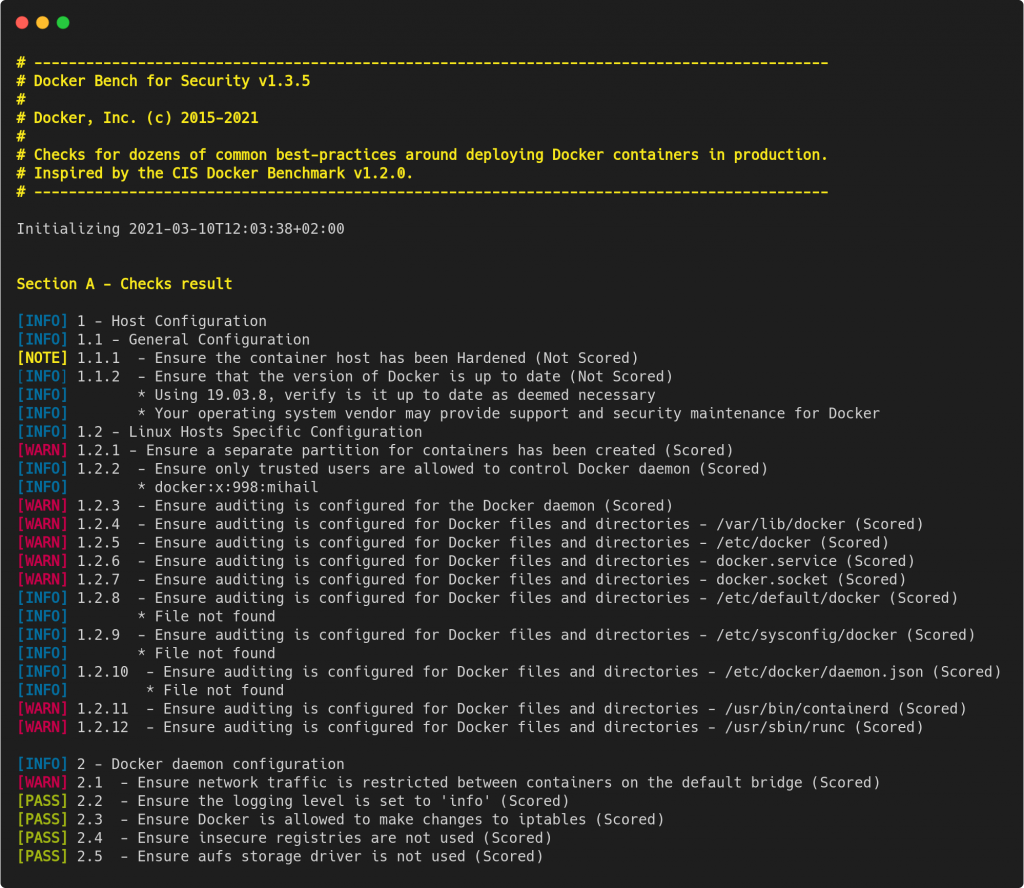 This tool should be run on every single host used to deploy Docker containers (be it a single host or a Docker Swarm). You want to ensure every possible vulnerability is addressed. Now, Docker Bench will not fix your problems. All it does is list them out, so you can then take action to resolve all discovered issues.

You can use Docker Bench on your dev machines, your on-premise servers, or even your cloud-hosted servers. I’ll be demonstrating on an instance of Ubuntu Server 20.04.

On the off-chance you don’t have Docker installed, let’s get it up and running first. Log into your Ubuntu Server and issue the command:

When the installation completes, add your user to the docker group with the command:

Next, we’ll install Docker Bench. You won’t find this tool in the standard repositories. In fact, you need to clone the latest version from the official GitHub repository, so first install Git with the command:

Once Git has been installed, you can then clone the Docker Bench repository with the command:

With the repository cloned, change into the newly-created directory with the command:

At the bottom of that file, add the following lines:

Next, we need to install Auditd, which is the Linux userspace component of the Linux Auditing System and is responsible for writing audit records to disk. Install this software with the command:

Now, we can configure Auditd to work with Docker. Open the Auditd configuration file with:

At the bottom of that file, paste the following:

And then restart Docker with:

Now the fun begins. From the docker-bench-security directory, issue the command:

You’ll see quite a bit of information reported, among that information, you’ll see lines associated with [Pass], [INFO], [NOTE], [WARN]. You absolutely should pay close attention to anything marked [WARN], because chances are good that’s a security issue.

At the end of the output, you’ll also see how many checks were run and your score.

If you’d rather save the output to a file (for later reading), you can issue the command:

After the scan completes, you can view the file with:

You’ll be warned the file is binary, but it’s still viewable.

To fix this error enable content trust with the command:

If you run another scan, the Content Trust warning should no longer be present.

Continue combing through the results and fixing every line that starts with [WARN] to harden your Docker host.

And that’s all there is to it. Tools like Docker Bench should be considered must-haves for anyone who works with Docker.

SHARE THIS STORY
RELATED STORIES
I Need to Talk to You about Kubernetes GitOps Kubernetes App Deployment from the Command Line Kinsing Malware Targets Kubernetes What TNS Readers Want in 2023: More DevOps, API Coverage MicroK8s and Portainer Is The Easiest Way to Deploy an Application on Kubernetes
TNS owner Insight Partners is an investor in: Docker.
SHARE THIS STORY
RELATED STORIES
Platform Engineering Won’t Kill the DevOps Star Crossplane: What Most People Get Wrong (and How to Get It Right) Choosing the Right Container Native Storage for AWS Public Cloud What LaunchDarkly Learned from 'Eating Its Own Dog Food' What TNS Readers Want in 2023: More DevOps, API Coverage
THE NEW STACK UPDATE A newsletter digest of the week’s most important stories & analyses.
The New stack does not sell your information or share it with unaffiliated third parties. By continuing, you agree to our Terms of Use and Privacy Policy.