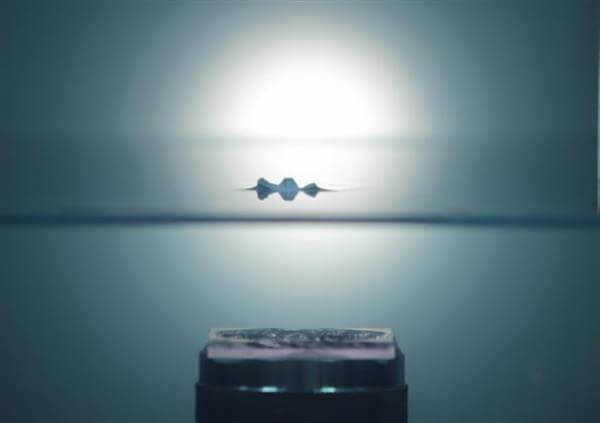 A team of scientists at the Max Planck Institute for Intelligent Systems in Stuttgart, Germany have harnessed ultrasound sounds waves as a driver of motion. They use plastic blocks with complex, 3-D-printed patterns to distort sound waves in their path, creating so-called “acoustic holograms” that push objects, such as water or air, along a certain direction. Watch this neat experiment in action:

The work is the latest in an emerging field known as additive manufacturing, which uses three-dimensional printing to build everything from buildings to prosthetics. These new technologies are proving to be a boon to science, allowing researchers to do crazy things that weren’t possible a decade ago, such as creating 3-D printed forms that manipulate sound in a way that it then propels objects into motion.

The holograms we are familiar with are essentially a photographic recording of a light field, which project this encoded information to reproduce a three-dimensional image. Holographic techniques are also used in high-density data storage, as well as for anti-forgery and security purposes on currencies, passports and other forms of identification.

The study, published in Nature, details how the experiment uses some of these same concepts and techniques, but utilizing sound instead of light. The scientists liken these distorted sound waves to sonic “tractor beams” that can act on matter by applying invisible forces of pressure on them.

To do this, the team first had to do some computing to figure out the areas where acoustic waves needed to ‘shift phase’ in order to exert more force to propel the object in a certain trajectory. These phase shifts were mapped into an interference pattern and translated into a ridged, three-dimensional object using a 3-D printer, deploying a material that transmits ultrasonic waves quicker than the liquid medium used in the experiment. 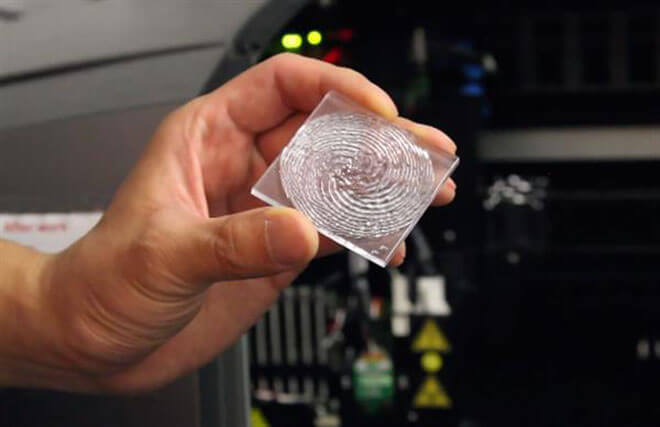 The 3-D printed plate is then placed on top of special speakers or “transducers”, which emit ultrasonic waves through a liquid medium, forming a sound field or acoustic hologram that’s visible in the liquid. The movements of this holographic field push objects like the small paper boat seen in the video or can suspend droplets of water in air when no liquid medium is used. 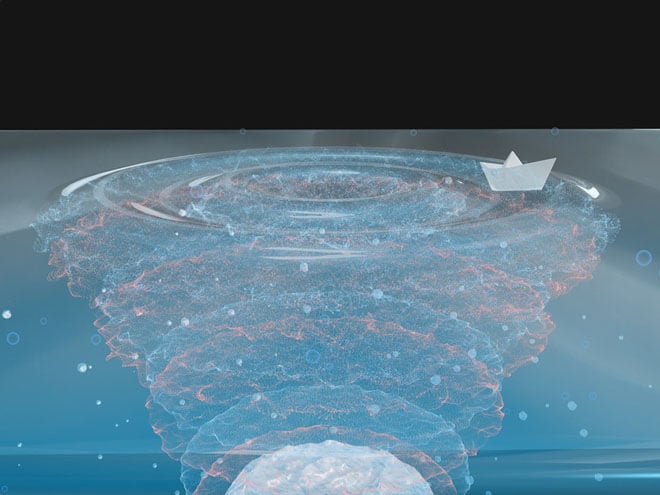 Other similar experiments have explored how manipulating the three-dimensional structure of sound waves can influence the motion of matter. However, these previous experiments were complicated, requiring a series of acoustic sources arranged in what scientists call a phased array transducer. Each point of sound has to be configured just-so in order to achieve the desired acoustic form field.

In contrast, this particular experiment was able to do the same thing, with a much more simplified setup.

“Instead of using a rather complex and cumbersome set of transducers, we use a piece of plastic that cost a few dollars from a 3-D printer,” said the study’s lead author Peer Fischer on LiveScience. 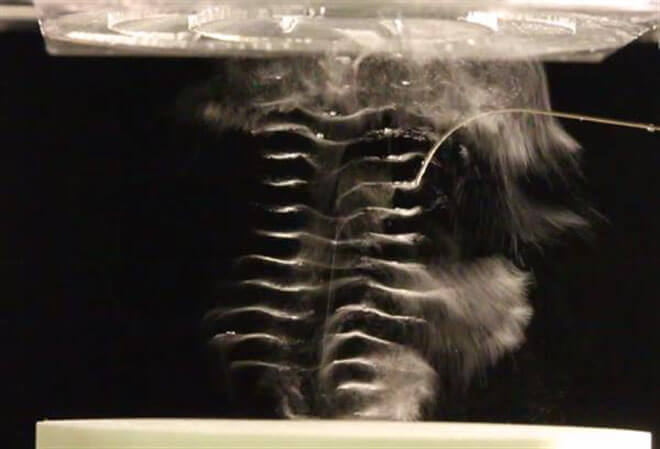 Fischer notes that the only limitation was that the acoustic holograms created in the experiment is static, and cannot be changed on the fly as it would be in a phased array transducer. “While our technology does not dynamically modify the three-dimensional structure of the sound field, it can nevertheless cause dynamic motion,” he said. “We are surprised that nobody has come up with this idea before.”

“With an incredibly simple approach, we can create extremely complex, sophisticated acoustic fields that would be difficult to achieve otherwise,” Fischer added.

Though the experiment might seem little more than a scientific parlor trick, the findings could have a big impact down the road. For instance, the researchers believe that the technology could be used to refine the use of ultrasound in medical diagnostics and materials testing.

Acoustic holograms could also be used to sculpt precise ultrasonic fields that could target and kill cancerous cells, for example, while leaving healthy cells intact. These shaped sound fields could also move large numbers of microparticles without any contact needed, getting them to assemble into bigger and more complex forms. And while we’re far off from, say, Star Trek-worthy tractor beams, the greatest advantage of this technique is that it be scaled up easily, meaning that we may actually be one step closer to making science fiction a reality.