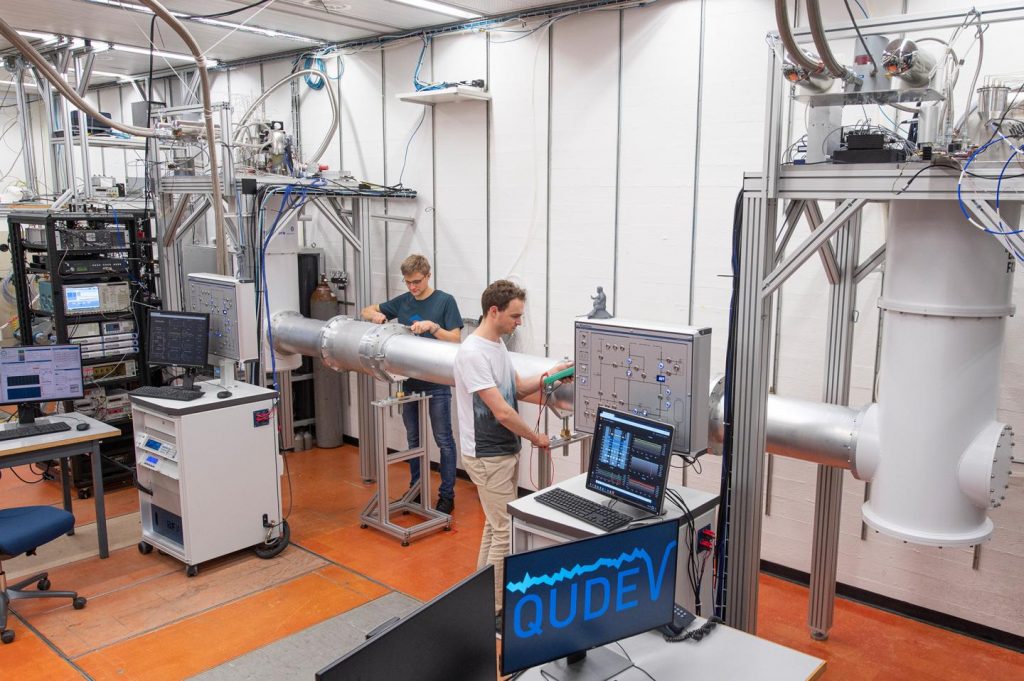 There’s been quite a bit of fanfare around quantum computing during the last few years, with experts predicting that quantum computers will help fuel the growing computational demands of artificial intelligence, as well as forming the backbone of an unhackable internet. But beyond the hype is the reality that quantum computers are still some ways from being commercially viable, as researchers continue to resolve issues like accuracy, size and how to build a secure quantum network.

But before that larger quantum network can be built, quantum “links” between individual quantum devices have to be established, similar to how a small cluster of conventional computers might be connected in a local area network (LAN). One major hurdle to setting up such links is that the superconducting electrical oscillators that are used in some quantum chips need to be cooled down to near-absolute zero temperatures, otherwise the problem of decoherence appears, causing quantum bits (qubits) to lose their special quantum properties, which ultimately leads to computational errors.

To tackle this problem, a group of researchers from the Quantum Device Lab at ETH Zurich in Switzerland recently demonstrated a long-distance quantum link of up to 10 meters (32.8 feet) long. To accomplish this, the team tried a different approach: rather than having their quantum chips reside in the same single dilution refrigerator (a type of cryogenic device that provides continuous cooling), they placed their chips into separate dilution refrigerators that are connected by a dedicated quantum channel.

“As we scale up quantum computers, a useful resource will likely be to connect different quantum processors to each other in a network, as we know it from classical computers,” explained study co-author Simon Storz. “So chip-to-chip quantum communication is key for that. The first experiments in this direction have been demonstrated by several groups doing quantum states transfer and generating entanglement between different chips. 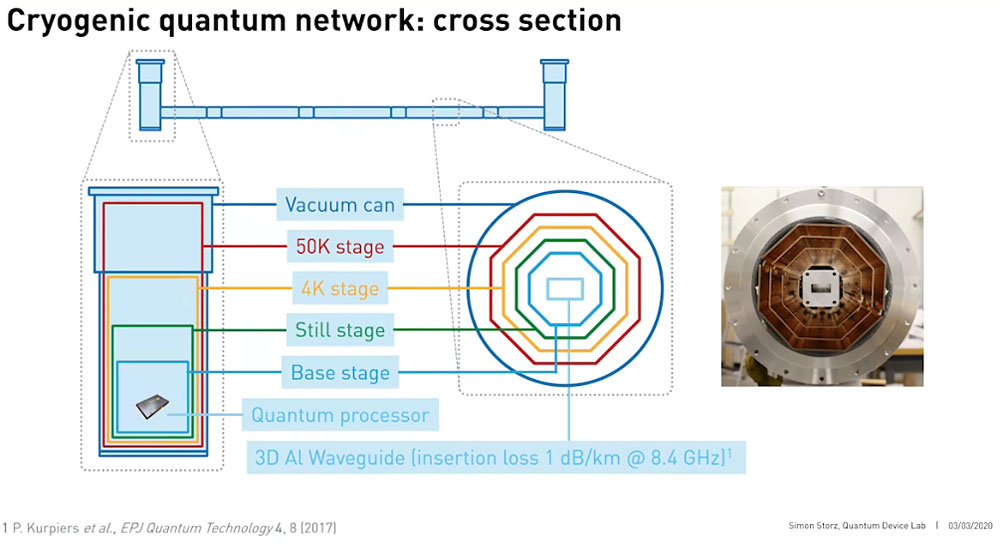 According to the team, each of the quantum chips were cooled down to a few hundredths of a degree above absolute zero in a cryostat (a device used to stabilize ultra-low temperatures), using helium in compressed and liquid forms. The team’s experiments involved a five-meter (16.4-foot) long physical link — at the center of which sits the aluminum waveguide — wrapped in several layers of copper sheets that act as heat shields for the different cooling stages of the cryostat. The scientists’ scheme is modular in design, meaning that it can easily be scaled up by adding more links and dilution refrigerators.

To show that the quantum link can indeed send information between the two chips without significant data loss, the team put the two chips in an “entangled” state and ran tests to ensure that information was actually being transferred. During the process quantum entanglement, two particles become linked in a way so that whatever happens to one particle, it also immediately occurs to the other, no matter the distance.

Having proven that a cryogenically based, long-distance quantum network is indeed possible, the team is now working to construct a 30-meter (98.4-foot) quantum link.