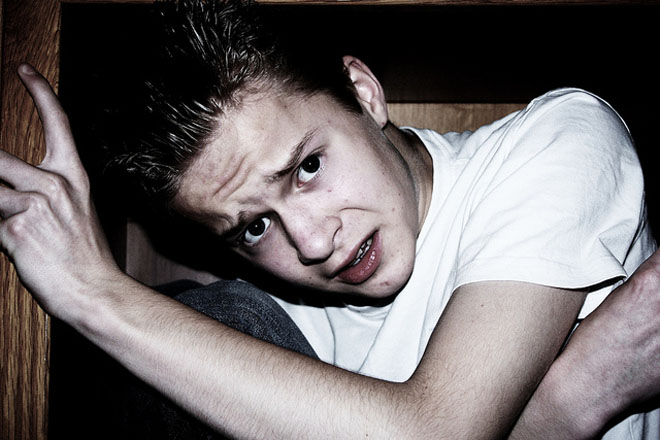 A phobia can be debilitating, whether it’s a persistent fear of insects, anxiety about social situations, or open spaces. Phobias may be treated with medications or psychotherapeutic methods like aversion therapy, where patients are desensitized by gradually exposing them to their fear. Many people find this kind of treatment highly unpleasant, to say the least.

But there may be an easier way. A group of scientists from the University of Cambridge, Japan and the United States recently experimented with an innovative way to deal with phobias: removing or reducing fear memories from patients’ brains unconsciously, by using artificial intelligence algorithms and brain-scanning technology.

Treating Fear Without Triggering It

The authors describe in their study, published in Nature Human Behavior, how they developed a technique they call “decoded neurofeedback” to reduce fear of a certain thing or event, without ever triggering the actual fear memory itself.  The method relies on first creating a “fear memory” in the study volunteers by giving them a slight electric shock when they saw a computer image of a certain object, in this case, a circle made of colored lines. Over time, as they are conditioned to have a fearful response to the colored circle, their brain activity is scanned and recorded using a functional magnetic resonance imaging machine (fMRI), in order to identify the specific neural patterns associated with the visual cognition of this circle.

Once the particular neural signature of seeing this colored line was pinpointed, the researchers then proceeded over the course of the next few days to decondition the subjects’ fear response to the circle. They did this by using AI image recognition technology to help them recognize when the volunteers’ brain activity as seen in the fMRI might be demonstrating that previously recorded neural signature of fear.

“The way information is represented in the brain is very complicated, but the use of artificial intelligence (AI) image recognition methods now allow us to identify aspects of the content of that information,” explained study author Ben Seymour of University of Cambridge on Science Daily. “When we induced a mild fear memory in the brain, we were able to develop a fast and accurate method of reading it by using AI algorithms. The challenge then was to find a way to reduce or remove the fear memory, without ever consciously evoking it.”

Once that neural pattern of that particular fear was detected in volunteers’ brains using AI algorithms, the scientists gave the subjects a reward, rather than a shock, in order to ‘over-write’ the fear memory. The odd thing was that the actual fear didn’t have to materialize in its conscious entirety in order for it to be erased from the subjects’ minds.

“We realized that even when the volunteers were simply resting, we could see brief moments when the pattern of fluctuating brain activity had partial features of the specific fear memory, even though the volunteers weren’t consciously aware of it,” said Seymour. “Because we could decode these brain patterns quickly, we decided to give subjects a reward — a small amount of money — every time we picked up these features of the memory.”

At the end of the fear-deprogramming session, the participants were once again shown the image of the colored circles. Surprisingly, their previously conditioned fears of the object were significantly diminished.

“Remarkably, we could no longer see the typical fear skin-sweating response. Nor could we identify enhanced activity in the amygdala — the brain’s fear center,” said Ai Koizumi, of the Advanced Telecommunications Research Institute International of Kyoto and Center of Information and Neural Networks in Osaka. “This meant that we’d been able to reduce the fear memory without the volunteers ever consciously experiencing the fear memory in the process.”

The team’s next step is to expand further upon their findings, by developing a “library of brain information codes,” cataloging the specific brain patterns of seeing certain objects. It’s the sight of these certain objects that can trigger a fear response, and the idea is to reconnect these visual memories with a reward, rather than a negative experience, in order to retrain patients’ brains. The scientists hope that the decoded neurofeedback technique could be developed into a more effective treatment for phobias and post-traumatic stress disorder (PTSD,) so that patients don’t have to suffer the stress and side-effects of current drug-based or aversion treatments.