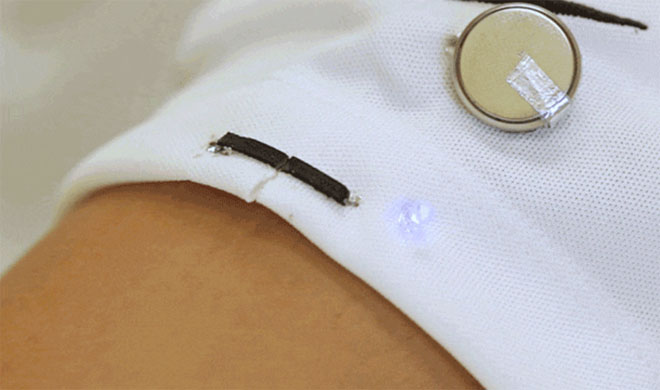 Ever heard of the phrase “designed to fail”? Those words perfectly describe today’s electronics industry. Many of our devices are designed to have what’s called planned obsolescence baked right in, so that at the end of their useful life — albeit an artificially shortened one — consumers will be forced to buy yet another device that much sooner. But we know the enormous cost that kind of design policy entails: not just in terms of personal cost to the consumer, but also an environmental burden as electronic waste that slowly pollutes our air, water and soils with their toxic components.

But times change, and the next generation of devices could be designed to actually heal themselves once they break. The idea of self-healing electronics seems miraculous today, but a team of nanoengineers over at University of California San Diego has developed a type of magnetic ink that may someday be used to create “self-healing” devices.

Published in a recent issue of Science Advances, the team’s paper, titled “All-printed magnetically self-healing electrochemical devices” describes how they mixed ink with micro-particles made from neodymium and other magnetic materials often used in research. The magnetic field of these particles are proportionally quite large compared to the particles themselves, so that in the event of breakage, particles on either side of the cut will be theoretically attracted to one another, allowing the fissure to close on its own. 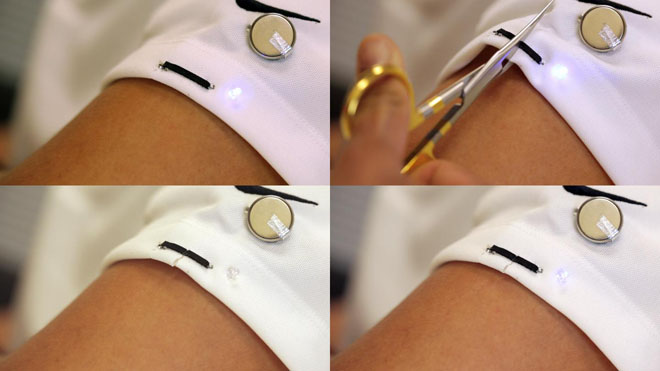 But one major obstacle was reconfiguring the natural orientation of the micro-particles’ magnetic fields, which had the effect of canceling any potential self-healing action. To do this, the team had to print the ink under the influence of an external magnetic field, which retrained the ink particles to act more like a permanent magnet with two poles. When cut and divided up, the printed device becomes two smaller magnets, with opposite poles that will ultimately attract each other to close the gap.

According to the scientists, a device using this ink only took 50 milliseconds (0.05 seconds) to repair itself of a cut of 3 millimeters — apparently a record in this field of research. In contrast, existing self-healing materials require an external catalyst of some sort to start the repair process, and may take several minutes or even days to close up tears much smaller than 3 millimeters.

During their experiments, the engineers used the magnetic and conductive ink to print textile-based electrical circuits, batteries and electrochemical sensors, and proceed to destroy them multiple times. In one experiment, they cut devices nine times at the same spot, slowly pulling the pieces apart wider and wider. In another series of tests, they damaged them in four varying locations on each device.

Despite the devastation, the devices bounced back each time: cuts sutured themselves and the gadgets began to work again, losing only a tiny amount of conductivity. As seen in the video above, the team printed an electrical circuit on a T-shirt that links a small LED light to a battery. The circuit was cut along with the fabric, causing the LED light to switch off. Amazingly, thanks to the magnetic ink, the printed circuit heals itself, closing the circuit so that the light illuminates once more. 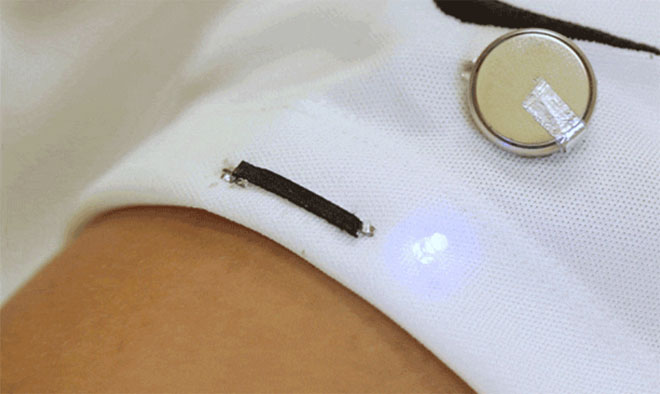 While a LED on a T-shirt might not seem like much, one only has to imagine what other possibilities this impressive self-healing capability could entail. The team believes that these inks could someday produce a whole range of self-healing electrochemical sensors, batteries and printed, wearable electrical circuits.

“Our work holds considerable promise for widespread practical applications for long-lasting printed electronic devices,” said Joseph Wang, one of the paper’s authors, who is also the director of the Center for Wearable Sensors and chair of the nanoengineering department at UC San Diego.

Moreover, using self-repairing materials like this could also lower the price point of future gadgets.

“We wanted to develop a smart system with impressive self-healing abilities with easy-to-find, inexpensive materials,” said Amay Bandodkar, another of the paper’s authors.

The scientists now have their eyes on formulating a variety of inks with different components for various applications. While it may run counter to the sacred consumerist cow of ‘what’s new must be good,’ self-healing electronic devices, along with the introduction of swappable, modular tech, could very be the idea that shifts the paradigm of a wasteful industry.