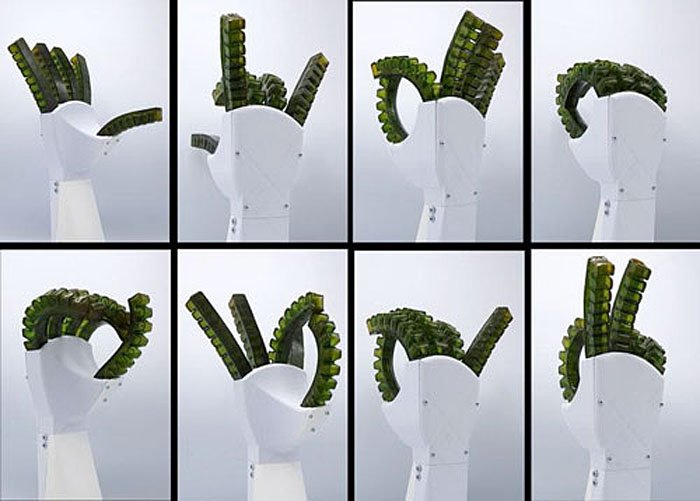 For most of us, the concept of a robot translates to some kind of metallic machine that is programmed to perform certain tasks. But it’s likely that the next generation of robots will not be the rigid contraptions that we’ve become so familiar with — rather, it’s quite possible that they will be machines that are made with soft, pliable materials, enabling them to work safely alongside humans in offices, operating rooms and in various institutions like schools and hotels, without the risk of harming humans with hard-edged appendages.

However, as one might imagine, the flip side of making robots out of softer materials is that they are then more prone to damage. Even more challenging would be creating robots that would not only “feel” pain and detect when they have been injured, but also repair themselves.

While the notion of building a “self-healing” robot might sound a little far-fetched, that’s exactly what a consortium of researchers from the University of Cambridge, the University of Brussels (VUB), École Supérieure de Physique et de Chimie Industrielles de la Ville de Paris (ESPCI), Swiss Federal Laboratories for Materials Science and Technology (Empa), and the Dutch Polymer manufacturer SupraPolix are now setting out to do. Their aim is to create soft robots that can not only “feel” when they’ve been damaged, but also fix themselves without human assistance. Take a look:

The project, dubbed SHERO (shorthand for Self HEaling soft RObotics), recently garnered €3 million (USD $3,363,228) of funding from the European Commission and plans to merge the latest cutting-edge research in materials science along with artificial intelligence. The objective is to address the problem of burgeoning costs when it comes to repairing robots, especially when they aren’t capable of fixing themselves, and therefore must rely on human handlers to inspect and repair them. According to the researchers, the market for replacement robotics parts is equivalent to the GDP of Belgium, or about $400 billion dollars. So it makes some sense to reduce costs down the road by first building robots out of “smart,” self-healing materials that can retain most of their original properties even after being damaged — whether it’s by reestablishing structural integrity (such as a material that closes up after being cut), or by regaining certain capabilities like sensing and actuation.

“Over the past few years, we have already taken the first steps in creating self-healing materials for robots,” explained VUB professor and project lead Bram Vanderborght in a statement. “With this research, we want to continue and, above all, ensure that robots that are used in our working environment are safer, but also more sustainable. Due to the self-repair mechanism of this new kind of robot, complex, costly repairs may be a thing of the past.” 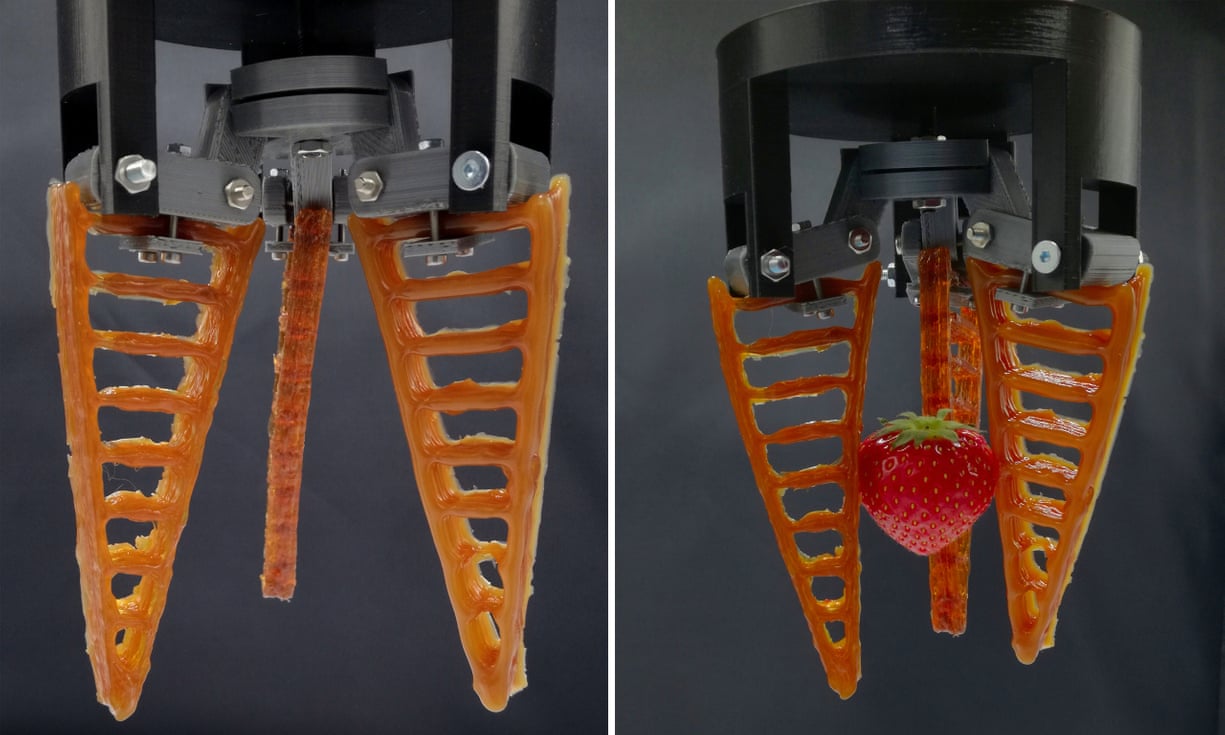 The idea would be to develop a system of “intelligent control,” via algorithms that would direct the soft robot to pause work, in order to “rest and heal” in order to prevent further damage. Flexible sensors and actuators would be integrated into already-existing self-healing polymer materials, which would be able to sense strain and would then trigger the self-healing process in a particular spot when a certain threshold of force has been crossed.

“We will be using machine learning to work on the modeling and integration of these self-healing materials, to include self-healing actuators and sensors, damage detection, localization and controlled healing,” added University of Cambridge researcher Thomas George Thuruthel. “The end goal is to integrate the self-healing sensors and actuators into demonstration platforms in order to perform specific tasks.”

As the researchers point out, it’s also possible that in the future, self-healing robots could have a significant impact on the design and implementation of modular robots that can be easily “recycled” into newer prototypes, potentially translating to lower operation costs and increased long-term sustainability. Self-healing robots might also have big implications in the development of evolutionary robotics, where the Darwinian concept of “survival of the fittest” is applied to autonomous robots, using computational algorithms that enable artificially intelligent machines to dynamically optimize themselves again and again, without any human intervention. If it sounds like what nature does inherently with biological organisms, it makes one wonder what might be the defining line between human and machine as we move from the robots of the past to autonomous artificial organisms that can not only think for themselves, but also feel pain and heal themselves and reproduce and evolve on their own.

SHARE THIS STORY
RELATED STORIES
PyTorch Poisoned in Software Supply Chain Attack What Data Management Pros Expect to See in 2023 GPTZero: An App to Detect AI Authorship Why 'Explainable AI' Can Benefit Business Hardware Independence Is Critical to Innovation in Machine Learning
SHARE THIS STORY
RELATED STORIES
Data, Analytics and AI: What Will Happen in 2023 Build a Churn Detection Train with AI Blueprints How Ray, a Distributed AI Framework, Helps Power ChatGPT Hardware Independence Is Critical to Innovation in Machine Learning 5 Ways ChatGPT Could Supercharge Chatbots
THE NEW STACK UPDATE A newsletter digest of the week’s most important stories & analyses.
The New stack does not sell your information or share it with unaffiliated third parties. By continuing, you agree to our Terms of Use and Privacy Policy.