Even though the off-grid paradigm of Scuttlebutt takes some getting used to, its decentralized architecture for social networks is promising.
Jul 19th, 2021 6:26am by Richard MacManus 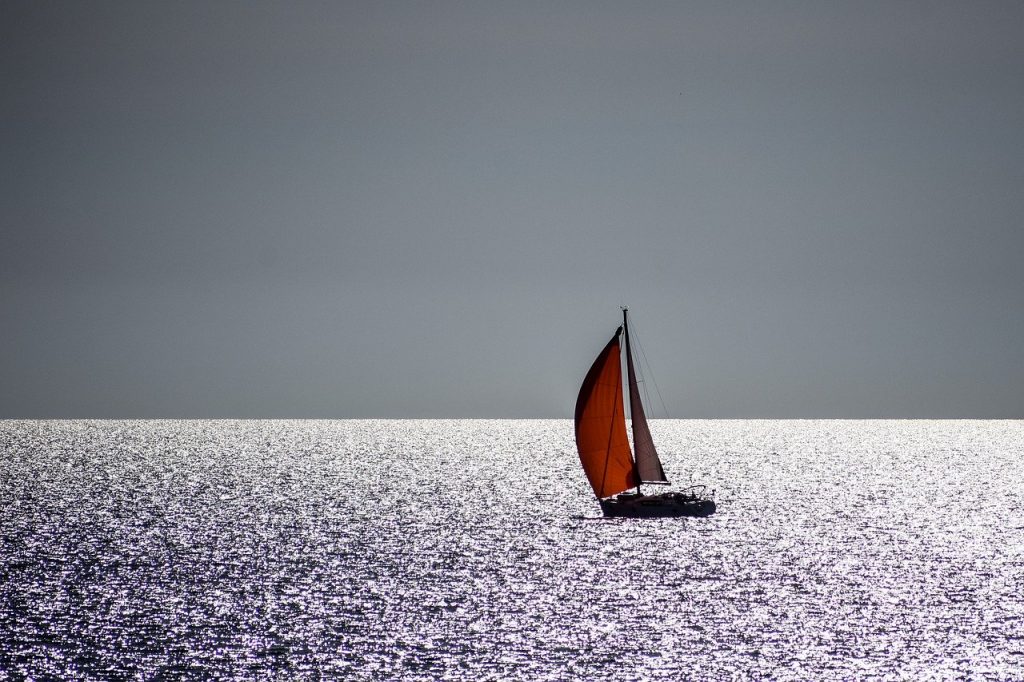 When Twitter began imposing limits on its API for third-party developers in 2010, it sent a strong signal to developers that centralized platforms weren’t to be trusted. That same year, Diaspora — a kind of decentralized Facebook — was founded by four New York students. Later, in 2017, a federated social network named Mastodon experienced a surge of popularity.

Now, in 2021, there is a growing underground project called Scuttlebutt that is tackling the decentralized web from a different perspective. Unlike Diaspora and Mastodon, Scuttlebutt is not a product for end-users — rather, it’s a protocol (like HTTP or RSS). Decentralized social network products, like Manyverse and Planetary, are being built for end-users on top of the Scuttlebutt protocol.

Secure Scuttlebutt (SSB), as it was originally called, was released in 2014 by Dominic Tarr, a New Zealander who lived on a boat and had sporadic internet coverage. Tarr’s lifestyle (which, for the record, is unusual even in New Zealand!) inspired the design of Scuttlebutt, which relies on content being self-hosted and only periodically sent over a peer-to-peer network. This is the opposite of how Twitter works: there, the content is hosted on a centralized server (controlled by Twitter) and is constantly updated, in real-time, over the internet. 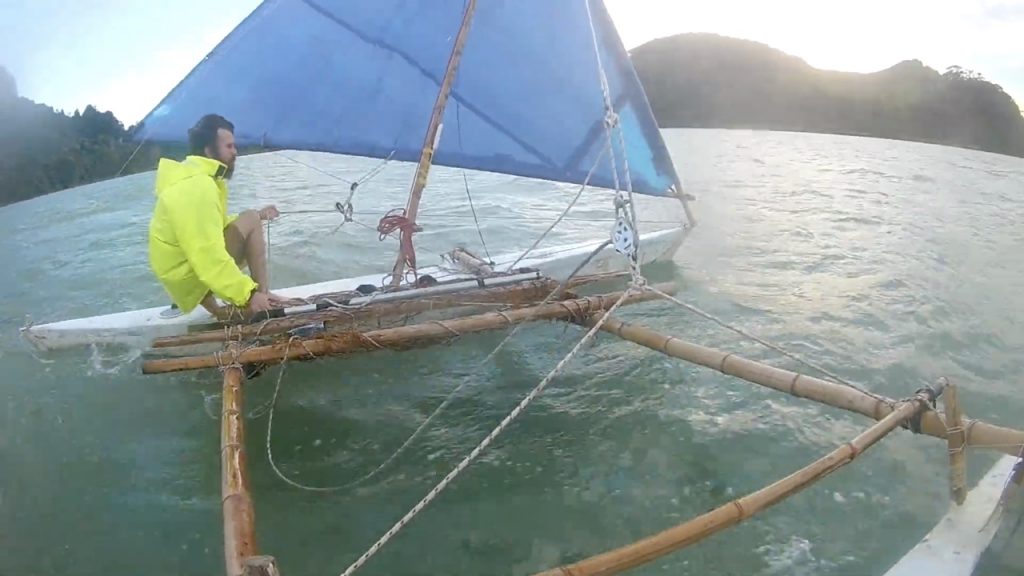 Also unlike Twitter, Scuttlebutt encourages people to connect to small networks of peers. Your data is stored on a device you carry (your computer or phone, for example) and is shared with a network you trust either when you connect to a shared WiFi signal or other network channel (e.g. Bluetooth), or when you share it to a “pub” you belong to (a server hub of other users). The key here, from a social network perspective, is that you don’t broadcast your content out to the global internet on Scuttlebutt — instead, you only communicate with small networks of people.

When it comes to browsing content from other users, who you either connect to directly or via a pub, you need to download everybody’s content onto your own device — which could be many megabytes or even gigabytes worth of data. This is why Scuttlebutt apps are often called off-the-grid social networks. As an aside, this “off-grid” functionality reminded me of the first blogging platform I used seriously: Radio Userland, which was a desktop app where all your content was hosted on your computer and then uploaded to a web server whenever you connected to the internet.

A final point worth noting is that Scuttlebutt uses cryptographic technology to keep your identity and content secure. As Ian Bogost explained in The Atlantic in 2017, “Scuttlebutt treats all data as chunks of content added to the end of a list — like a new entry in a diary.” Every time that “diary” is updated, a cryptographic key validates the entry and connects it to the author. It’s similar to how a cryptocurrency blockchain works, except there are no financial speculation shenanigans and no “proof of work” burning massive amounts of electricity.

Manyverse and the Onboarding Problem

Manyverse is one of five apps listed on the Scuttlebutt homepage (and currently the only one that works on Android). It was created by André Staltz, who joined the Scuttlebutt community in 2016. In a presentation from October 2018, Staltz pinpointed what makes an app built on top of Scuttlebutt so different from the likes of Facebook and Twitter. It’s that the social graph is the network topology.

“In Scuttlebutt, they are the same,” said Staltz. “A person’s account is a local database on their device, and following relationships are network connections.”

But while this approach allows users to fully control their content and connections, it does present a problem in onboarding new users. Frankly, it’s a confusing experience when you first join a Scuttlebutt-based social network like Manyverse.

After I downloaded Manyverse as an iOS app for my phone, I set up my profile and sent out a “Hello world” message. However, since I was on my home office WiFi, there was nobody else to connect to. So I used one of the invite codes to a pub server on the Scuttlebutt GitHub, which promised to connect me to a group of users who were also connected to that server. But 24 hours later, I still had nothing in my “Public” feed in Manyverse and so there was zero content for me to see or interact with. Perhaps it was because the app was taking a lot of time getting the data from the pub and indexing it — regardless, it wasn’t a promising start for a noob user.

Eventually, the pub began filling up my public feed. It also followed me back, which meant other people in the pub could now see my content. Mix Irving, an early member of the Scuttlebutt open source project (and another fellow kiwi) explained to me how this works. “Follow means ‘I will replicate this person’s things’ (take copies of what they said),” he told me. “The way Scuttlebutt gathers what you can see is quite similar to human networks — you listen for things your friends have said, and your friends’ friends. We call this, listening out to two degrees/hops.” 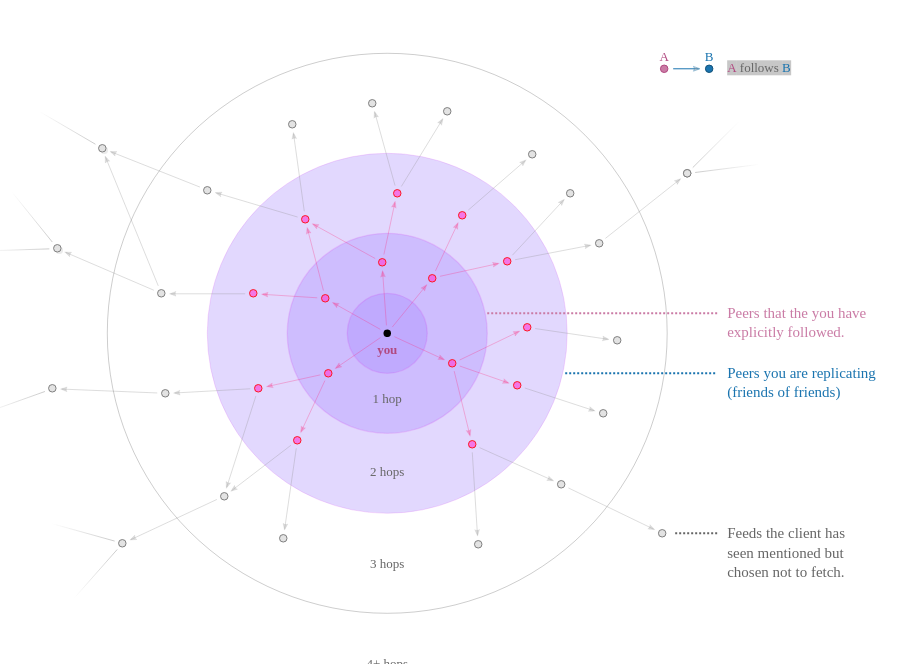 “Mix” (he prefers to go by this name) is also using Scuttlebutt in a distributed app for New Zealanders called Āhau, a data management system “that helps whānau (families) and tribal communities capture, preserve, and share important information and histories into secure, whānau-managed databases.” As well as being an excellent resource for New Zealanders, and particularly for Māori communities, Āhau shows that Scuttlebutt is not just for Twitter-like apps like Manyverse — it’s also potentially re-defining what a social network is.

Back to Manyverse now: another thing it took me a couple of days to grok is that you don’t have a single identity across different devices. So the identity I created on Manyverse on my iPhone (which I later labeled “ricmac.mobile”) is a different identity to the one I created on my iMac using another app called Patchwork (which I labeled “ricmac.desktop”). However, as Mix explained to me, if I joined a pub using ricmac.mobile and then followed ricmac.desktop, both identities will have access to the public content from the pub (since it is a “friend of a friend” network).

As for Manyverse itself, it recently announced a new open source feature called “room servers,” which is being billed as an alternative to pub servers. When introducing the feature, Staltz called it “a new community server modality that can also grant you a personal web link to use to invite friends.” Similar to Mastodon, room servers use a federated server approach. However, unlike Mastodon, the user accounts don’t live on the server — as per Scuttlebutt’s design, they live on your device.

A Way Out of the Social Media Rat Race

Even though the off-grid paradigm of Scuttlebutt takes some getting used to, as a relatively new web architecture it holds a lot of appeal.

We’ve seen over the past decade how centralized social media platforms have failed society in many respects — misinformation, ego-driven content (the constant thirst for likes and followers), groupthink, and the fact that people don’t really listen to one another on platforms like Facebook and Twitter. Perhaps we should all dial it down a notch and find smaller, niche communities to interact with. Scuttlebutt removes the selfish incentives of social media, as we currently know it, by purposefully narrowing your network — yet it also has that serendipity we all love in social networks (e.g. discovering a new friend, via a “friend of a friend” connection).

The Scuttlebutt protocol also seems promising for developing countries, where mobile phones are plentiful but internet connectivity can be spotty or unreliable. That said, Mix told me that in one project in Namibia, they “found that low-end phones are really variable and developing for them was quite a challenge.” So this is very much a work in progress.

One thing Scuttlebutt is not: a potential usurper of Facebook or Twitter. It’s never going to do that, because the point of using Scuttlebutt (and its apps, like Manyverse) is to escape the rat race of mainstream social media and find a quieter, less pressured place to connect to other people. Scuttlebutt is by definition not always-on, like Twitter or Facebook. It’s sometimes-on, to give you time to enjoy life off the grid — on a boat, or otherwise.

Richard MacManus is a Senior Editor at The New Stack and writes about web and application development trends. Previously he founded ReadWriteWeb in 2003 and built it into one of the world’s most influential technology news sites. From the early...
Read more from Richard MacManus
SHARE THIS STORY
RELATED STORIES
A Look at Kubernetes Deployment Interest Growing in Dart and Flutter for Mobile Enriching Dev Experience with Speedy Continuous Integration Kubernetes CI/CD Pipelines Explained Kubescape: A CNCF Sandbox Platform for All Kubernetes Security
TNS owner Insight Partners is an investor in: The New Stack.
SHARE THIS STORY
RELATED STORIES
Coherence Strives to Streamline Cloud Developer Experience 8 GitHub Actions for Setting Up Your CI/CD Pipelines Engineering Best Practices of CI Pipelines GitHub Actions Were Vulnerable to Rust Artifact Poisoning Interest Growing in Dart and Flutter for Mobile
THE NEW STACK UPDATE A newsletter digest of the week’s most important stories & analyses.
The New stack does not sell your information or share it with unaffiliated third parties. By continuing, you agree to our Terms of Use and Privacy Policy.