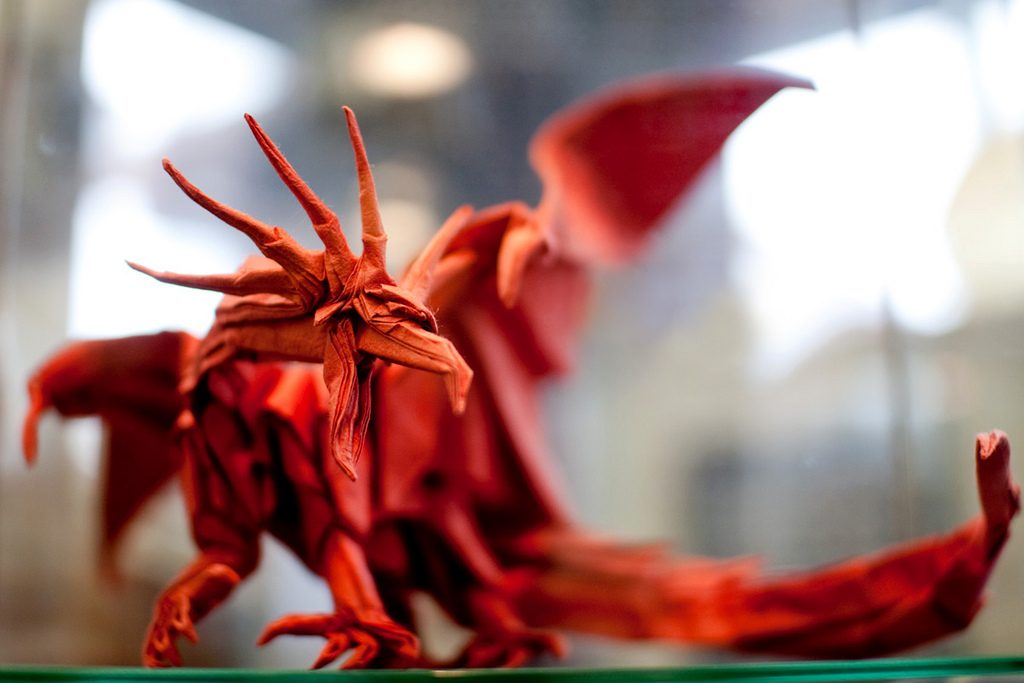 Feature image: “Ancient Dragon” by brett jordan is licensed under CC BY 2.0.

Editor’s note: This is part four of a multi-part series about software defined networking.  Other posts in the series can be found here.

Ryū (竜 ) in Japanese stands for dragon, flow and a school of thought. In this article, we will discuss an SDN controller, Ryu, with a dragon in its logo, through which operations flow. Ryu is commonly referred to as component-based, open source software defined by a networking framework. It is implemented entirely in Python, and supported by NTT’s labs. Like other SDN controller frameworks, Ryu also provides software components with well-defined APIs that are exposed to allow developers to create new network management and control applications. One of the strengths of Ryu is that it supports multiple southbound protocols for managing devices, such as OpenFlow, Network Configuration Protocol (NETCONF), OpenFlow Management and Configuration Protocol (OF-Config), and others.

Just like any SDN controller, Ryu can also create and send an OpenFlow message, listen to asynchronous events such as flow_removed, and parse and handle incoming packets. Figure 1 below depicts the architecture of the Ryu controller framework: 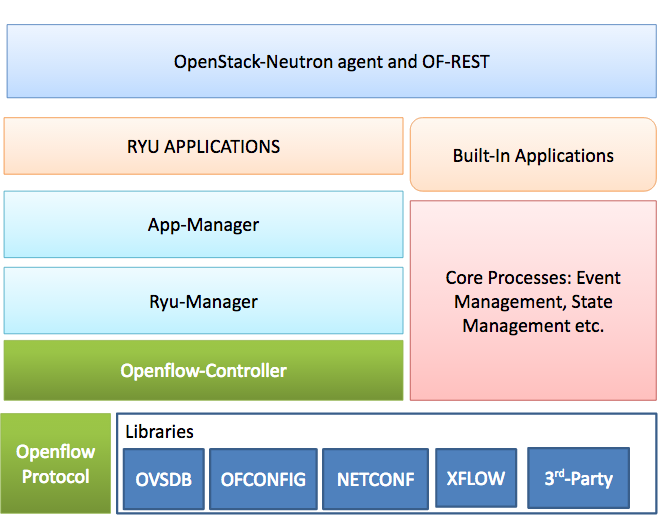 Let us look at some of the important components of the architecture.

Ryu has an impressive collection of libraries, ranging from support for multiple southbound protocols to various network packet processing operations. With respect to southbound protocols, Ryu supports OF-Config, Open vSwitch Database Management Protocol (OVSDB), NETCONF, XFlow (Netflow and Sflow) and other third-party protocols. Netflow is supported by Cisco and others and is specific to an IP. The Netflow and Sflow protocols support packet sampling and aggregation, which are mainly used for network traffic measurement. The third-party libraries include Open vSwitch Python binding, the Oslo configuration library and a Python library for the NETCONF client. The Ryu packet library helps you to parse and build various protocol packets, such as VLAN, MPLS, GRE, etc.

The Ryu manager is the main executable. When it is run, it listens to the specified IP address (ex: 0.0.0.0) and the specified port (6633 by default). Following this, any OpenFlow switch (hardware, or Open vSwitch or OVS) can connect to the Ryu manager. The app manager is the foundational component for all Ryu applications. All applications inherit from the app manager’s RyuApp class. The core-process component in the architecture includes event management, messaging, in-memory state management, etc. Interestingly, the Ryu messaging service does support components developed in other languages.

At the API layer, Ryu include an Openstack Neutron plug-in that supports both GRE-based overlay and VLAN configurations. Ryu also supports a REST interface to its OpenFlow operations. In addition, using WSGI (a framework for connecting web applications and web servers in Python), one can easily introduce newer REST APIs into an application. 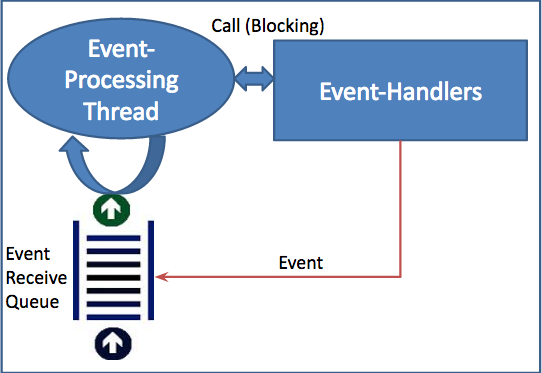 Each Ryu application has a receive queue for events, which is mainly FIFO to preserve the order of events. In addition, each application includes a thread for processing events from the queue. The thread’s main loop pops out events from the receive queue and calls the appropriate event handler. Hence, the event handler is called within the context of the event-processing thread, which works in a blocking fashion, i.e., when an event handler is given control, no further events for the Ryu application will be processed until control is returned.

Ryu applications can be run and configured by passing a configuration file to the Ryu manager:

One of the important generic options is the app_lists, which includes application module name(s) to run.

In our case, we will call our switch MySwitch. It inherits from the base class app_manager.RyuApp, and is defined as:

A Ryu application can either raise an event or receive an event. To raise events, the Ryu application calls the appropriate ryu.base.app_manager RyuApp methods, like the send_event or send_event_to_observers APIs. A Ryu application can register itself to listen for specific events using ryu.controller.handler.set_ev_cls decorator. This decorator tells Ryu when the decorated function should be called. The first argument for the set_ev_cls decorator indicates the event of interest, which triggers the following function call. The second argument indicates the state of the switch. For example, if the application wants to ignore packet_in messages before the negotiation between the Ryu controller and the switch finishes, it can use MAIN_DISPATCHER as the second argument, which indicates that the following function is called only after the negotiation has been completed.

Thus, we have finished writing our Ryu application, which is ready to run. As a Ryu application is just a Python script, we can save the file with any name and extension. Assuming that we will put the above code in a file named myswitch.py, this application can be run using the Ryu manager command: % ryu-manager myswitch.py.

As a closing note, Ryu is an open source SDN controller with a rich set of features, which is constantly growing. Ryu has also been used by commercial vendors, such as Pica8, in their solutions. Ryu developers are adding more components and providing better abstractions, and it is one of those SDN controllers that we developers should seriously consider contributing to.

Sridhar received his Ph.D degree in computer science from National University of Singapore, in 2007; M.Tech. degree in computer science from KREC, Suratkal, India, in 2000; and B.E. degree in instrumentation and electronics from SIT, Tumkur, Bangalore University, India, in...
Read more from Sridhar Rao
SHARE THIS STORY
RELATED STORIES
Confluent: Have We Entered the Age of Streaming? What Is Zero Trust Architecture? AmeriSave Moved Its Microservices to the Cloud with Traefik's Dynamic Reverse Proxy Rethinking Web Application Firewalls All the Things a Service Mesh Can Do
SHARE THIS STORY
RELATED STORIES
How Expedia Prepped for Superbowl-Sized Spikes of Traffic Confluent: Have We Entered the Age of Streaming? Tailscale SSH Launches in Beta to Replace SSH Keys Zero Trust Adoption: 4 Steps to Implementation Success HTTP/3 Is Now a Standard: Why Use It and How to Get Started
THE NEW STACK UPDATE A newsletter digest of the week’s most important stories & analyses.
The New stack does not sell your information or share it with unaffiliated third parties. By continuing, you agree to our Terms of Use and Privacy Policy.