Section is a developer-centric platform for moving parts of the application closer to the edge.
Apr 14th, 2021 10:00am by Susan Hall 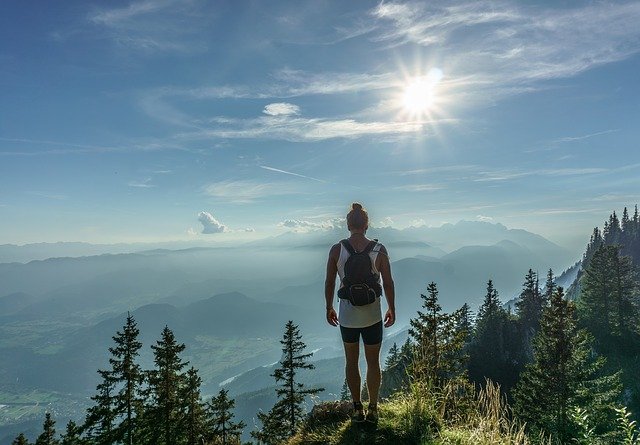 While working for the Australian e-commerce company GraysOnline, then CIO Stewart McGrath and then development manager Daniel Bartholomew found performance, security and scalability were of utmost importance. But in trying to move part of the application closer to the user, they found that content delivery networks (CDNs) posed three challenges:

That was their impetus to create Section, a developer-centric platform for moving parts of the application closer to the edge.

“We believe that if we don’t give the developers an experience that is as easy and as simple to manage as they have been experiencing with cloud, then moving services to the edge doesn’t make sense for the internal organization,” said McGrath. “If the developers or the operations teams don’t have the simplicity and the flexibility and the observability they need to be able to deploy their software to those edge locations and then manage the software in those locations and understand what’s happening with the software in those locations. It simply won’t be feasible to get to the edge.”

Dev and ops teams should not feel locked into any one reverse proxy software stack for caching, web application firewall, bot blocking, optimization and API authentication. Instead they should be able to choose the tools that work best for their website.

The parts of the application being moved closer to the user has evolved over the years, initially just moving images closer while application logic, security and persistent data stores were being served from some centralized location. Now companies are finding they want to move those parts closer as well, he said.

“Now what we’re talking about is from an operations [perspective], the only reason for them not to move their core application logic and their persistent data store close to end users, to bring them up to speed with images and security, claim it’s the complexity of trying to deal with a distributed deployment plan, distributed data replication problems,” he said.

As websites become more bloated, companies are still scrambling to provide the performance that customers expect. And though, in a blog post McGrath argues that legacy CDNs can’t innovate fast enough, a Markets and Markets report forecasts the global Content Delivery Network (CDN) market will grow from $14.4 billion in 2020 to $27.9 billion in 2025. 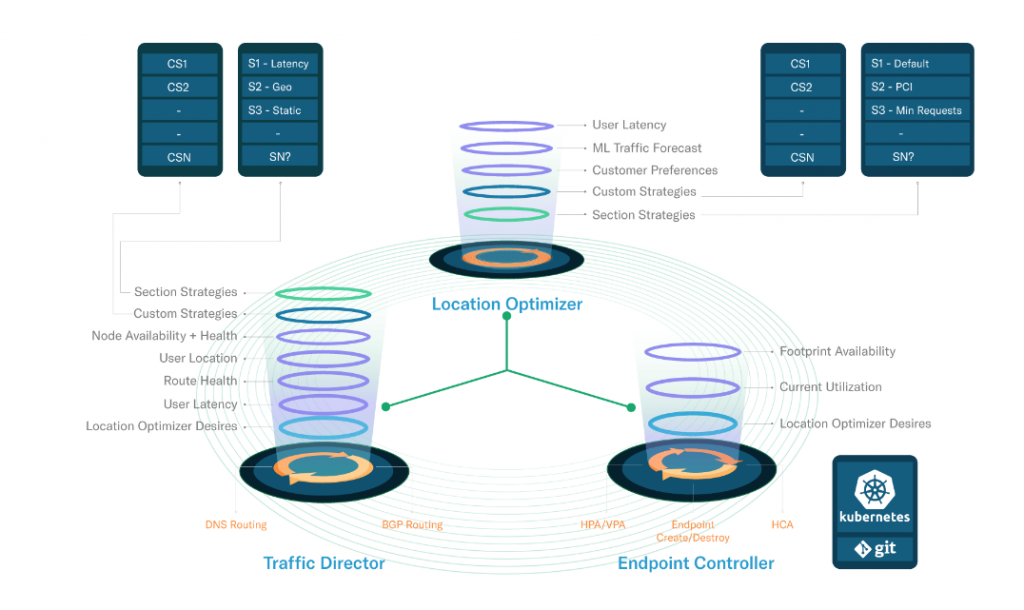 Generally, people talk about “the edge” as where their infrastructure stops — be they cloud players, telcos or whatever — where their control of code ceases to be a part of the delivery out to the end user. But the edge might also be an on-prem location or a device, McGrath explained.

In a Forbes piece, analyst Janakiram MSV breaks “the edge” down further than ARM chips and remote sensors. Meanwhile, Canonical’s Ammar Naqvi explains why Kubernetes is central to edge computing.

Section’s technology is essentially a platform that can run a Point of Presence (POP) on any Linux machine with internet access, according to McGrath.

Its points of presence are Docker-powered Kubernetes clusters that it calls edge modules. There are template modules — its offers pre-packaged modules from security vendors such as Signal Sciences,  Wallarm, and ThreatX, as well as from video- and image-management vendor Cloudinary, and from A/B testing and optimization solution SiteSpect. The company provides what it calls a developer point of presence that lets developers see how their code will work before it hits production.

But customers can bring their own modules, as long as they can package their software into a Docker container. It requires only that the container receive and transmit traffic using HTTP protocol and produce diagnostics and error logs in a format that its platform can pick up.

In-house its traffic-monitoring features are based on Graphite and Grafana; logging with Elasticsearch and Kibana; caching with Varnish.

The founders moved the company from Australia to Colorado about five years ago, settling in Boulder-based on its burgeoning tech scene, McGrath said.

He argues that dev and ops teams should not feel locked into any one reverse proxy software stack for caching, web application firewall, bot blocking, optimization and API authentication. Instead, they should be able to choose the tools that work best for their website.

When a developer works with Section’s platform, essentially they’re working with a Git repository, the same as with essentially any other CI/CD workflow. The platform looks after the deployment of any code changes.

“And since we’re in a DevOps world, not only do we need to think about the application development lifecycle and the CI/CD workflow, but we need to think about the observability and management of the application at the edge,” McGrath Said. So a strong telemetry system brings back information about what’s happening at all of the distributed nodes into a centralized repository, and within about 30 seconds of a transaction, operations engineers can see what happened at that transaction with great detail in a logging framework.

While Cloudflare, the legacy CDNs as well as cloud offerings such as Amazon Web Services’ Outposts and Wavelength, are leaning heavily into this space, McGrath maintains that they haven’t solved for the distributed application deployment, as Section has. There’s also rush to the reverse proxy space with players including F5 Networks, which bought NGINX; Traefik; and Fanout’s open source Pushpin.

Going forward, the Section will be focusing heavily on its machine learning-based technology called Adaptive Edge that forecasts where to run a customer’s workload at any point in time to get the best performance and lowest cost. It’s also focused on more infrastructure locations and further work on the challenge of solving persistent data store read latency at the edge.

Susan Hall is the Sponsor Editor for The New Stack. Her job is to help sponsors attain the widest readership possible for their contributed content. She has written for The New Stack since its early days, as well as sites...
Read more from Susan Hall
SHARE THIS STORY
RELATED STORIES
Spotify: Bigger the Codebase, the More Challenging the Migration Pinterest: Turbocharge Android Video with These Simple Steps Creating ‘Offline-First’ Applications for Wi-Fi Dead Zones 5 Supply Chain Security Trends Top Edge Computing Companies to Know
Amazon Web Services is a sponsor of The New Stack.
TNS owner Insight Partners is an investor in: Docker.
SHARE THIS STORY
RELATED STORIES
7 Edge Computing Uses You Should Know Why the Edge for Applications Is a Trend Heading into 2023 Edge Computing vs. Cloud Computing What Is Edge Computing? Top Edge Computing Companies to Know
THE NEW STACK UPDATE A newsletter digest of the week’s most important stories & analyses.
The New stack does not sell your information or share it with unaffiliated third parties. By continuing, you agree to our Terms of Use and Privacy Policy.