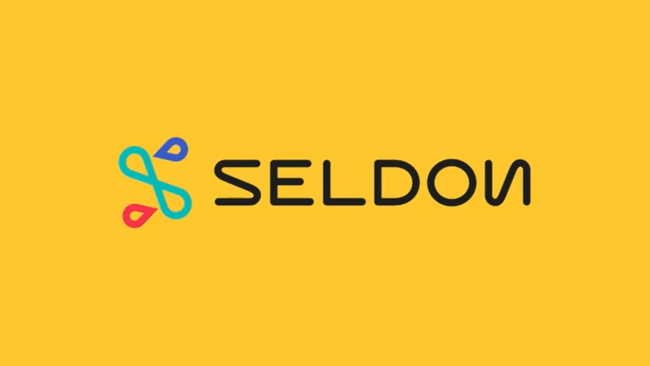 While building out an engine to recommend news articles, Seldon founders Alex Housley and Clive Cox found the biggest challenge for companies was building out the infrastructure for machine learning rather than developing the algorithms for it. At the same time, they saw the growing popularity of cloud and cloud native technologies, so they created Seldon to help companies deploy and manage their machine learning infrastructure.

Its technology is designed not only to run ML models, but to provide governance and monitoring to ensure models run properly and effectively.

“Companies need to know their model is running as expected, customers need to know why it produces the predictions it does, DevOps need to discover if the model is being attacked, and data scientists need to know when to retrain it,” Cox said in a Q&A with Verdict.

Earlier on, the ML tools were Torch, scikit-learn and the like, then later TensorFlow and PyTorch.

“All the best tools now really are open source on the model-building side, but there was very little on the infrastructure side,” said Housley. Since the UK-based company’s launch in 2014, the MLOps space has really taken off. 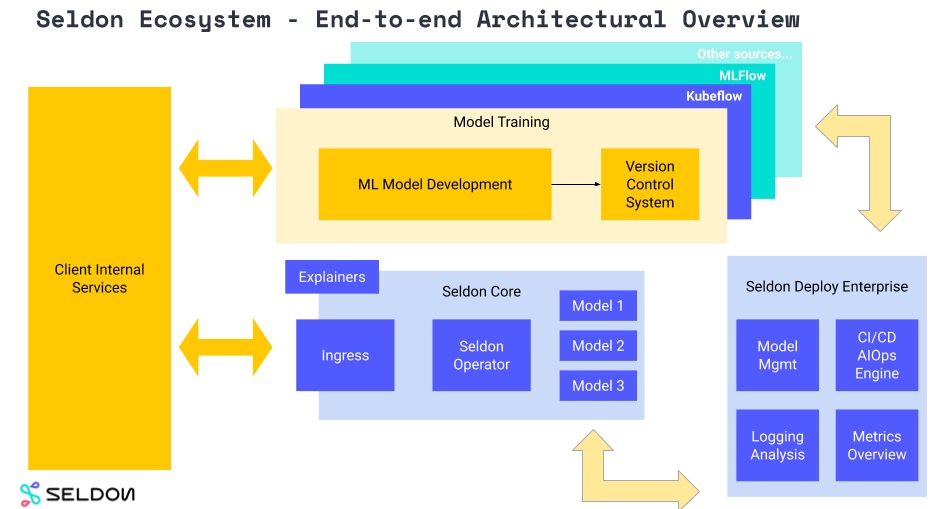 “The next big trend was with Kubernetes and Docker and orchestrating containers, which were a perfect vehicle for machine learning models we found,” Housley said. Seldon is designed to be cloud-, tool- and language-agnostic.

“We’ve kind of narrowed our focus more as we’ve gone along. Initially, we saw that, for the end-to-end ML pipeline, there’s a number of really big challenges to overcome. And that’s what the large cloud vendors and some of the earlier ML platforms [were aiming at] — a one-stop-shop for end-to-end ML. But what we were seeing is that there was very little in terms of very deep R&D around deployment. And that was underserved purely in many cases, because that was a very early stage of the industry,” he explained.

“… A lot of our core competencies were around the DevOps space anyway. And we saw that DevOps as a kind of process and role was the increasing importance for application development in general. And a lot of the same kind of approaches really should be applied for machine learning, as well. So, we’ve focused really on that sort of end of the pipeline.”

It has been integrated into Google’s KubeFlow project, and into ML offerings from vendors including Red Hat and others. The company is collaborating with companies including Google, Bloomberg, Nvidia, Microsoft and IBM on the KFServing project to provide a Kubernetes Custom Resource Definition for serving ML models on arbitrary frameworks.

“Users need to have visibility into concept drift and bias detection to ensure the reliability and fairness of ML solutions,” Cambridge Innovation Capital partner Vin Lingathoti wrote in his 2021 tech predictions. “This will be fundamental and mandatory across many organizations before they can roll ML models at scale.” 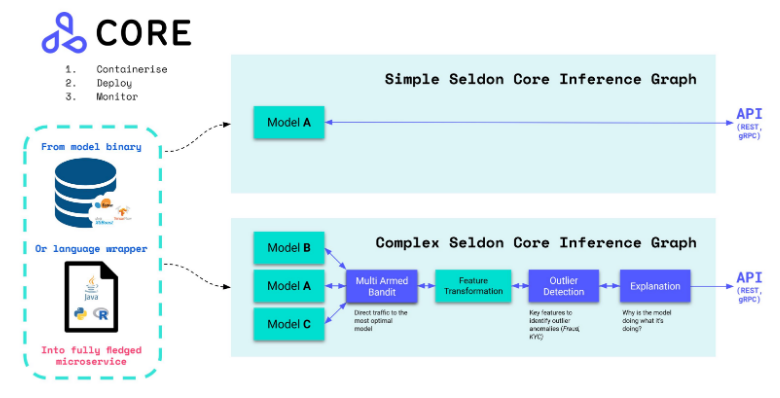 At the launch of Deploy 1.0 in February, UK law firm Osborne Clarke’s John Buyers warned that “explainability is a huge, looming regulatory issue that is going to be coming down the pipe.”

Explained Housley: “We’re focusing on explanation and monitoring, providing algorithms that are robust, broadly cover the main use cases that you’d need for explainability and monitoring. So within monitoring things like detecting outliers, detecting model drift, when the model is kind of going out of sync with the training data and reducing the performance ultimately of the model, the quality of the output. And there’s been other research we’ve done around things like adversarial attack detection, so there’s security-based use cases as well.”

Its customers include retailer H&M, Capital One and pharmaceutical company AstraZeneca, which has a stated mission to employ MLOps to reduce the research phase of the drug discovery cycle from 24 months to 12 months by 2025.

Susan Hall is the Sponsor Editor for The New Stack. Her job is to help sponsors attain the widest readership possible for their contributed content. She has written for The New Stack since its early days, as well as sites...
Read more from Susan Hall
SHARE THIS STORY
RELATED STORIES
5 Security Principles to Guide Your DevSecOps Journey Platform Engineer vs Software Engineer Golden Paths Start with a Shift Left 2023 Will Be the Year FinOps Shifts Left Toward Engineering A Platform Team Product Manager Determines DevOps Success
Capital One and Red Hat are sponsors of The New Stack.
TNS owner Insight Partners is an investor in: Docker.
SHARE THIS STORY
RELATED STORIES
Platform Engineer vs Software Engineer Why Trust and Autonomy Matter for Cloud Optimization A Brief DevOps History: The Road to CI/CD Port: Platform Engineering Needs a Holistic Approach Golden Paths Start with a Shift Left
THE NEW STACK UPDATE A newsletter digest of the week’s most important stories & analyses.
The New stack does not sell your information or share it with unaffiliated third parties. By continuing, you agree to our Terms of Use and Privacy Policy.