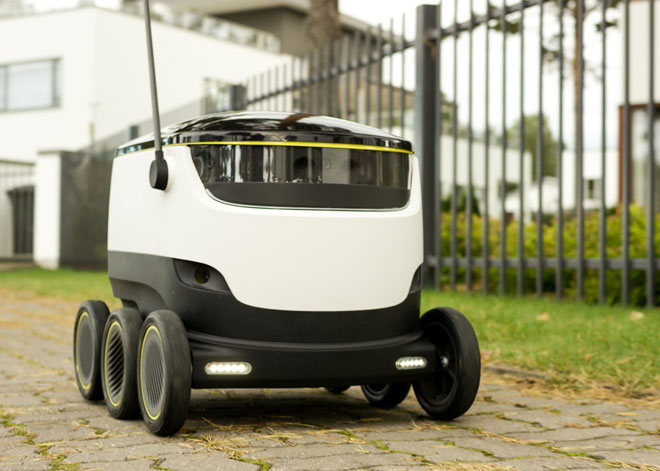 The lead-up to the holiday season can be a frenzied one, punctuated with the hassle of last-minute trips to the store to pick up some forgotten but necessary item. While there’s always the option of getting it delivered, most consumers know that this can be quite expensive. Drone delivery may bring costs down, with companies like Amazon, Google and Australia-based Flirtey prototyping unmanned aerial deliveries in the last couple of years.

But there are still regulatory hurdles to overcome with drone-based shipping, leading some to bet that ground-based, autonomous robots may be a more suitable alternative.

European startup Starship Technologies is one such company wagering on the robots. Created by Skype co-founders Janus Friis and Ahti Heinla, the company — which has offices in London, Finland and Estonia — will be launching a pilot program next year in the United Kingdom and the United States to see how well a fleet of these machines will perform in delivering things like groceries or packages to customers’ homes.

Lightweight, App-Operated and Safer Than a Drone Delivery

The robot itself is an innocuous little rover, equipped with six wheels, navigation sensors, a GPS system, camera and obstacle avoidance software. Built out of inexpensive, off-the-shelf components, and powered by an electric motor that consumes only 50 watts, it is designed to carry up to 9 kilograms (19 pounds) of stuff and weighs only 20 kilograms (44 pounds) when fully loaded.

With a rather sedate top speed of 4 kilometers per hour (2.4 miles per hour), there’s less chance of the robot running into someone and injuring them — a major advantage over drones, which may on an off-chance, malfunction and drop out of the sky to land on someone’s head. In contrast, Starship’s bot will travel along paths and neighborhoods that have been previously mapped out at high resolution. The robots also have remote human operators as backup who can monitor things through the camera, and take control if anything goes awry, say if someone decided to steal the robot or its contents. 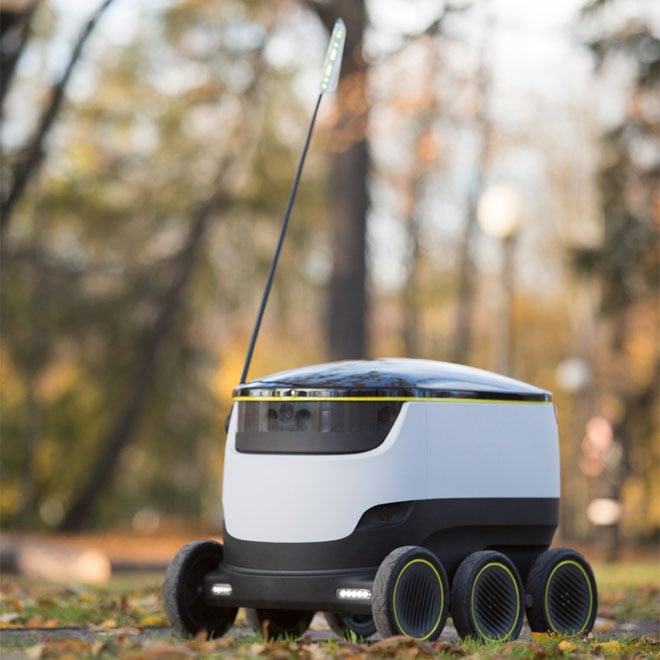 The idea is for the robots to operate within a 3-mile radius around a store or warehouse, allowing them to make deliveries within 30 minutes. Customers place an order via an app, select a time slot that’s convenient for them, track the robot’s progress, and when the robot arrives, the order can be securely retrieved only by the customer who placed the order, by using the app to unlock the compartment. Retailers could also use the bots as a way to allow potential customers to try things on: if they like it, they keep it; if not, they can send it back to the store. 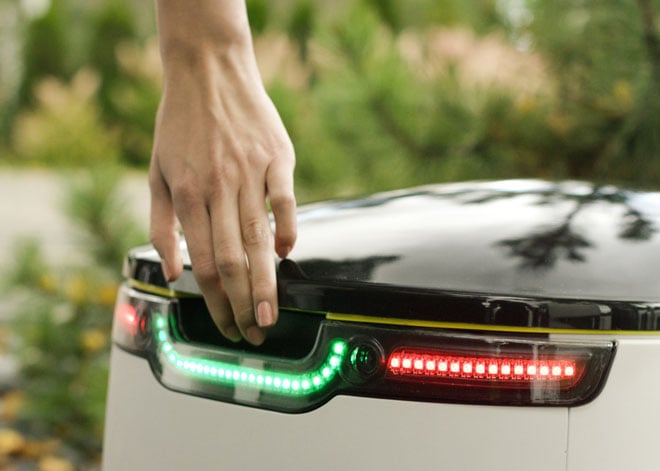 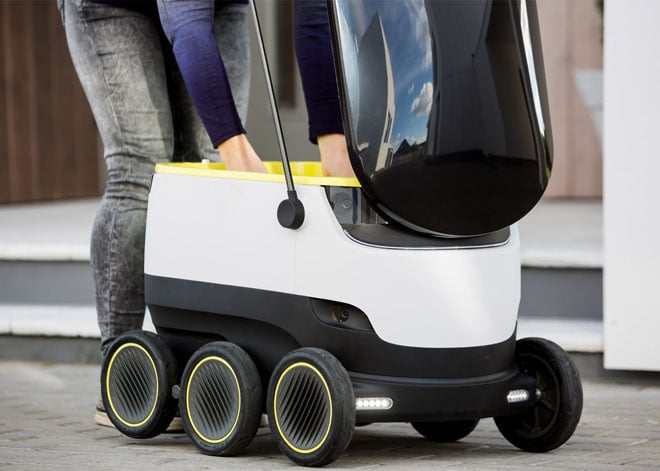 Starship estimates that these roving mini-vehicles could reduce transportation logistics costs by 10 to 15 times by tackling what has been called the “last mile” problem. The bulk of the cost of home delivery comes from the last few miles, and Starship believes that by using robots, the cost can be cut significantly to make it “almost free.” Says Heinla: “Our vision revolves around three zeroes – zero cost, zero waiting time and zero environmental impact.

We want to do to local deliveries what Skype did to telecommunications.

“With e-commerce continuing to grow consumers expect to have more convenient options for delivery – but at a cost that suits them. The last few miles often amounts to the majority of the total delivery cost. Our robots are purposely designed using the technologies made affordable by mobile phones and tablets – it’s fit for purpose, and allows for the cost savings to be passed on to the customer.” 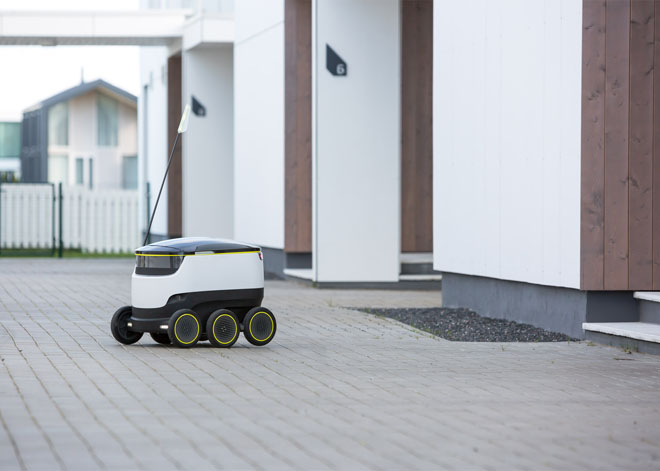 Of course, cargo-carrying robots are nothing new and are already being successfully used within hospitals, hotel room service and warehouses. Because all these ground-based machines are basically designed with similar principles, it wouldn’t be much of a stretch to imagine autonomous delivery robots onto the street. On the other hand, this new scenario would certainly present unforeseen and complex challenges that aren’t present in enclosed environments — like traversing busy intersections — so Starship’s system is admittedly more suitable for suburban environments rather than dense cities. Whatever the case may be, if the company’s pilot program goes smoothly, we may have to someday bid adieu to human delivery persons and postal workers, as these robots take over to bring convenience and “almost free” delivery to your door.