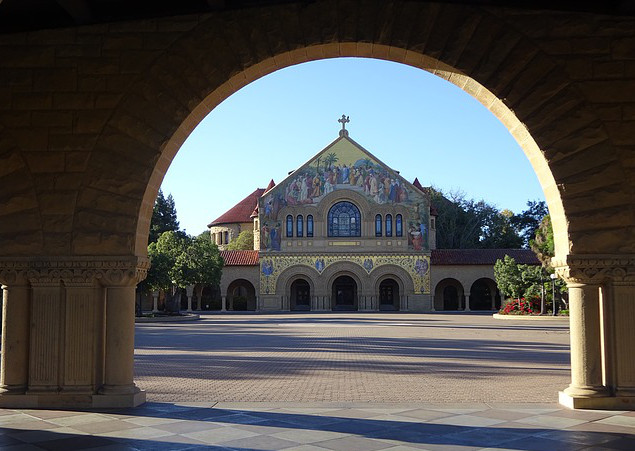 Starting this year, Stanford University, known for producing software programmers, has decided to allow some of its Computer Science undergrad students to study JavaScript.

It is startling to realize that most colleges and universities have not yet incorporated JavaScript into their Computer Science course offerings, despite the fact that JavaScript has become the de facto programming language for the web. The upshot being that, despite paying huge tuition dollars for the privilege, computer science students have to go learn JavaScript on their own.

The fact that Stanford is only now joining the JavaScript revolution is sort of irrelevant, really, in conjunction with Startling Factoid Number Two: Fewer than 35 percent of professional developers hold a computer science degree, according to Stack Overflow’s 2016 survey of 56,033 web devs worldwide.

Stanford’s computer department brought emeritus computer science professor Eric Roberts out of retirement to spearhead this breakthrough in technological education. The article reports that “Roberts has been working on the transition to JavaScript for the past five years” and “has written a new textbook, created assignments of the appropriate scope and trained new teaching assistants.” The new JavaScript-enabled section of CS106 was to be capped at 100 students. Everyone else will presumably still get to work in Java, even though, as Roberts notes, “Java is showing its age.”

Interesting side note: When Roberts arrived at Stanford in 1990, this same intro-to-CS course was taught in Pascal. Which we hear might be making a retro-tech comeback, actually, and not just at an Apollo Computer near you. Free Pascal is an open source Pascal compiler that has been garnering attention for playing nice with diverse operating systems. Everything from Linux to MacOS to MS — including DOS 32 and 64 bit — iOS and Android, and even …(wait for it) Nintendo GBA.

Devs like Free Pascal for good performance in application programming (since it is a compiled language), game programming (via OpenGL), and even for web programming since Free Pascal can be compiled to Java bytecode. Something Stanford profs might want to keep in mind when next looking to update their curriculum in, say, 2032. 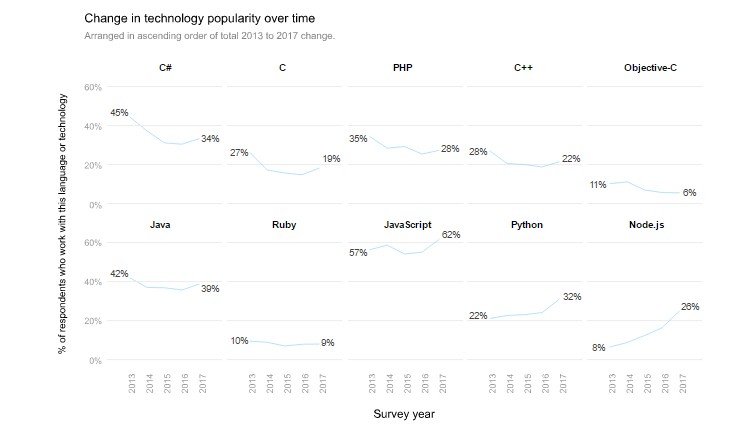 Relative popularity of programming languages over the past five years (source: Stack Overflow).

The kind of maddening aspect of Stanford finally getting around to teaching JavaScript in 2017 is this: this is one of the world’s elite computer science programs. (Have we mentioned that tuition at Stanford is currently $15,777 per quarter?) Universities are supposed to be leading the way with technology and research, but instead —  at least when it comes to educating programmers — they seem to be struggling to keep up. Case in point: this pilot JavaScript program is the first major change to Stanford’s introductory CS curriculum since 2002.

The ultimate takeaway from that previously mentioned Stack Overflow survey may be that 69 percent of working software developers are self-taught. So, good on you, Stanford, for adopting JavaScript, and best of luck to this spring’s CS106 cohort.

The rest of us will just be over here enjoying the multiple years and tens of thousands of dollars we saved by, um, not getting a computer science degree.