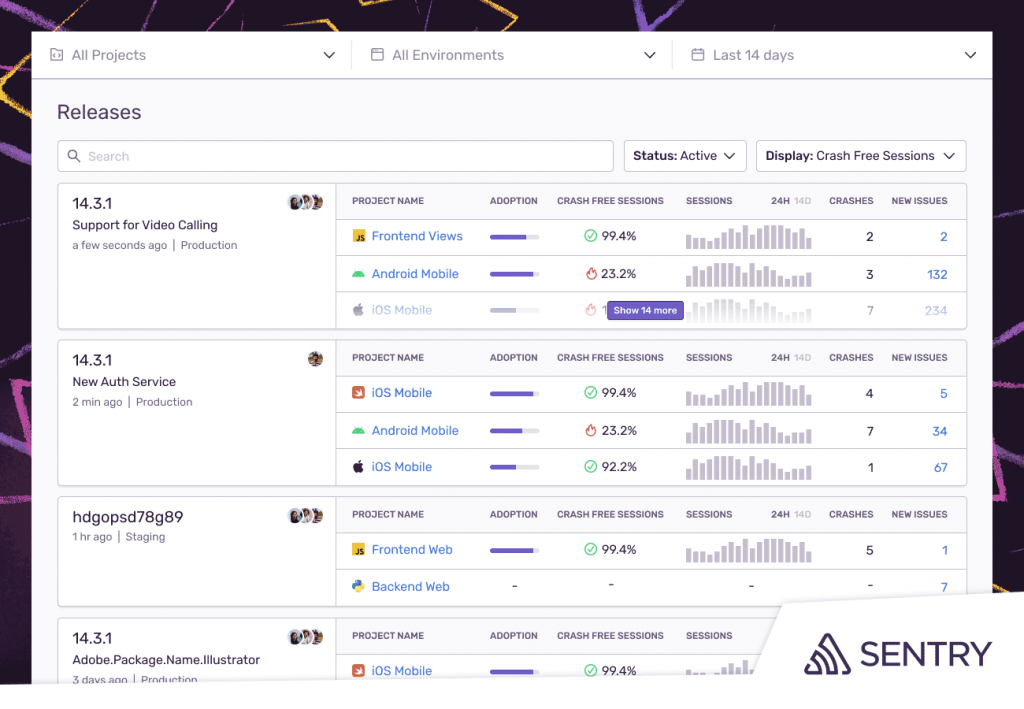 Application monitoring platform provider Sentry has updated its JavaScript SDK to include the Release Health monitoring package to closely track and monitor the early stages of web application releases. This update provides developers with better visibility for application problems as well as for the healthy parts of their code releases, in a single interface.

“Now development teams don’t need to react to tangential signals like support tickets or Twitter. They can look at Sentry and quickly see any new errors and how many users are impacted and solve the critical issues. Some solutions may not even require a code change,” Sentry CEO Milin Desai, told The New Stack, describing the JavaScript extension. “Because Sentry’s Release Health reports on version adoption, the fix could be as simple as asking a user to refresh their browser. Without this information, development teams would roll everything back, which is usually not a small lift.” 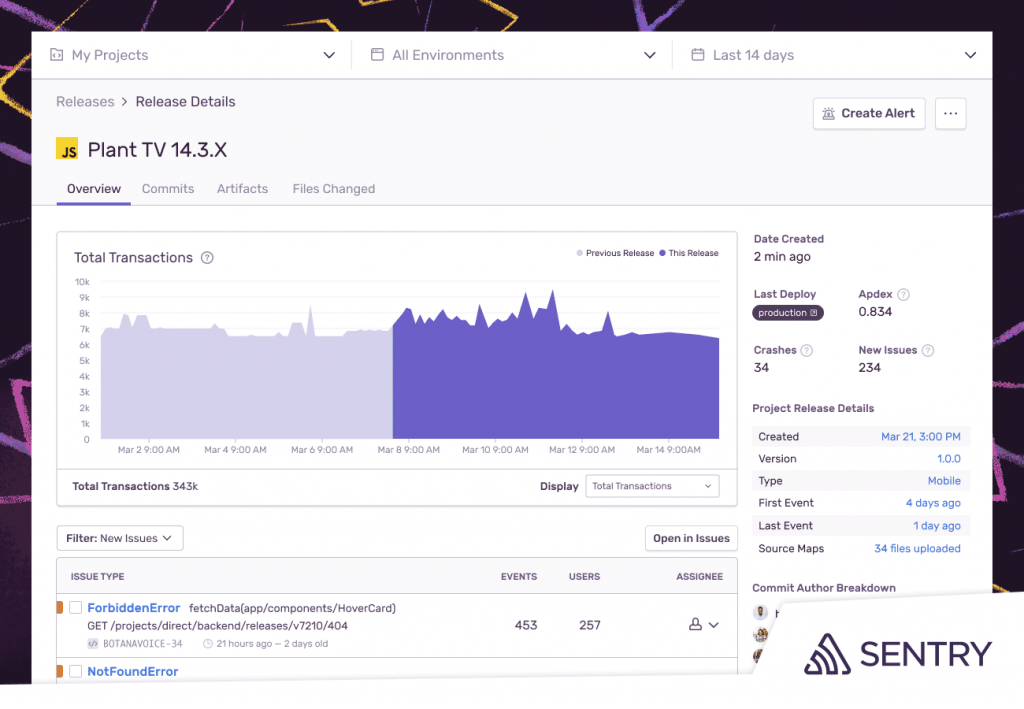 By taking into account JavaScript, “the most prevalent frontend language for the web these days,” Desai said the update was designed to help developers tasked with offering end-users “seamless product experiences” that are, nevertheless, “much harder to deliver.”

“When viewing a website, a customer doesn’t care whether the button they clicked isn’t working because of an error or because of inefficient code that is lagging,” Desai told The New Stack. “However, to address these issues, developers need depth and consistency in information about their code health that is extremely difficult to acquire. The problems magnify exponentially when they’re doing continuous or frequent code releases.”

At the same time, Desai described how traditionally, organizations tend to invest heavily in extensive release management processes with dedicated teams to monitor several different inputs and metrics to “make sure a release is going well.”

“They look for spikes in support tickets around the same time as a release, systems, business metrics, including active users, login, revenue, etc. This is time-consuming and very reactive,” Desai said “Also, a general response to any signal that a release might be bad is to roll back a release because ‘what’s wrong?’ and ‘for whom?,’ are still unknown. If someone feels a release is bad they have no choice but to accommodate the lowest common denominator because they don’t have data to support any other decision.”

At the same time, Desai described how engineering teams often deliver digital services and applications across a number of different platforms, including web, mobile and native applications. “Maintaining a seamless, reliable user experience across all these disparate platforms is both difficult and critical,” Desai said.

In this challenging context, Sentry’s Release Health extends to JavaScript projects, allowing developers to monitor the health of releases by observing: user adoption, application usage, percentage of crashes and session data. The main goal, of course, is to offer developers more visibility into release performance in order to more quickly detect and fix code errors that might otherwise negatively impact the user experience.

“With Sentry’s suite of application monitoring capabilities for JavaScript, developers don’t have to spend countless hours performing code rollbacks and combing through logs to figure out why an application is performing poorly,” Desai said. “They can easily identify if the problem is a software bug or just inefficient code, who is impacted, and even pinpoint the exact release when the problem started.”

Ultimately, the idea for Sentry’s monitoring capabilities, in general, is to offer developers direct visibility into and access to the code they release in order to bypass otherwise bureaucratic elements that might otherwise hinder the detect-and-fix process. This capability, of course, is now applicable for JavaScript developers using Release Health, allowing them to use the application health insights Sentry’s tools offer to detect new errors and the number of users that are impacted in order to more quickly offer to create fixes, Desai said.

“With Release Health added to our error and performance capabilities, JavaScript developers can now track the health of their applications from the very moment it is live. They don’t need to react to tangential signals like support tickets,” Desai said. Since Sentry’s Release Health reports on version adoption, the fix may not even require a code change and could be simply asking a user to refresh their browser. Release Health enables developers to create a more efficient workflow that frees up time for developers to build new, valuable services for the business.”