Sentry has extended its application monitoring platform’s capabilities to offer front-end monitoring and remediation for Python and JavaScript code.
Jul 15th, 2020 3:00am by B. Cameron Gain 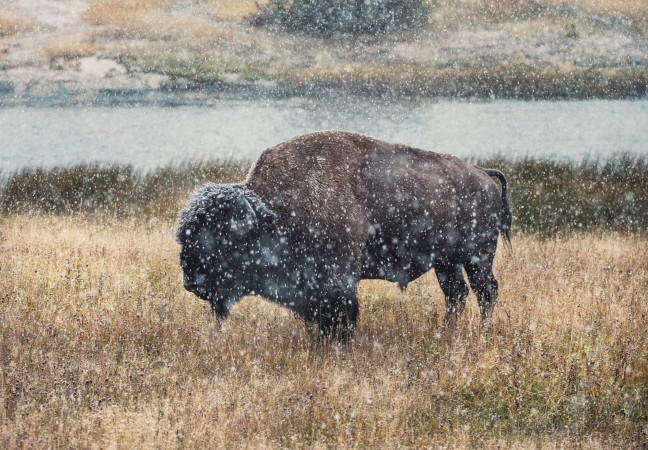 One of the worst things to experience as a system administrator is to get that alert in the middle of a Friday or Saturday night. Without even taking into consideration ever-encroaching problems of alert fatigue, emergency alerts will typically reflect a front-end problem users are experiencing. Subpar user experience, of course, also very likely portends lost revenue as users understandably take their online experience elsewhere.

In “Strategies of Top Performing Organizations in Deploying AIOps,” a study by analyst firm Digital Enterprise Journal (DEJ) based on the results of over DevOps professionals from over 1,100 organizations, over 90% of the respondents reported lost revenues due to slow speeds in application performance. Also reported in the survey was an average monthly loss of $634,000 due to slowdowns in application performance and $1.27 million lost annually devoted to managing avoidable incidents.

The main takeaway is that a monitoring platform must also issue performance alerts earlier before front-end performance becomes a real issue, as well as communicate to developers what must be done to fix the code.

With these constraints in mind, Sentry has extended its application monitoring platform’s capabilities to offer front-end monitoring and remediation for Python and JavaScript code. In real-time, information such as slowdowns in applications performance is logged with potential fixes, often involving just a few lines of code, are communicated directly to the developer, Sentry says. 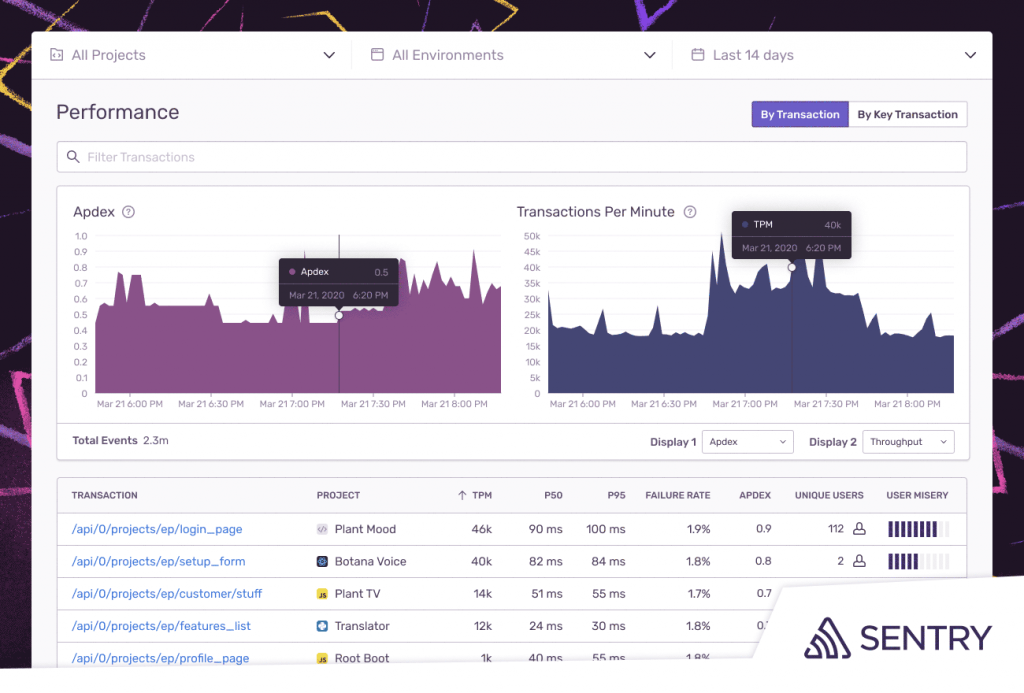 While infrastructure monitoring remains important for operations-related performance of the network, servers and applications, such as database and storage performance, developers generally have very little information into the direct effect their code has on front-end performance.

“One thing developers will tell you is that they don’t have visibility into how their code is doing in production,” Milin Desai, CEO for Sentry, told The New Stack. “You push out code multiple times a day” without direct information about how a user might have difficulties performing a transaction or an application is not loading fast enough.

“Essentially, in real-time, we tell the developer or the development team that these many users are hitting this issue on iOS version 13 and it’s primarily happening to users in these countries,” Desai said.

Once developers’ code has been uploaded to Git and is deployed, for example,  following the completion of testing and QA processes, monitoring tools, such as the ones Sentry offers, will detect errors and conflicts once the code goes into production. Eventually, the developer will likely receive a job ticket, often issued by someone from the operations team. The developer will then set out to analyze and fix the bad code. With Sentry’s new release, potential errors are flagged before serious front-end issues occur, while the lines of codes that are posing front-end issues and the person or team responsible for the code written in Python or JavaScript are communicated, Sentry says.

“We were primarily focused on finding software errors — now we are going to help you understand the performance of your ports,” Desai said. With the new release, “a developer can now say ‘this last API call is taking 10 seconds to complete, so maybe we want to look at it.’ The infusion is now being converted into this visibility of what to fix consisting only four lines or five lines of code.” 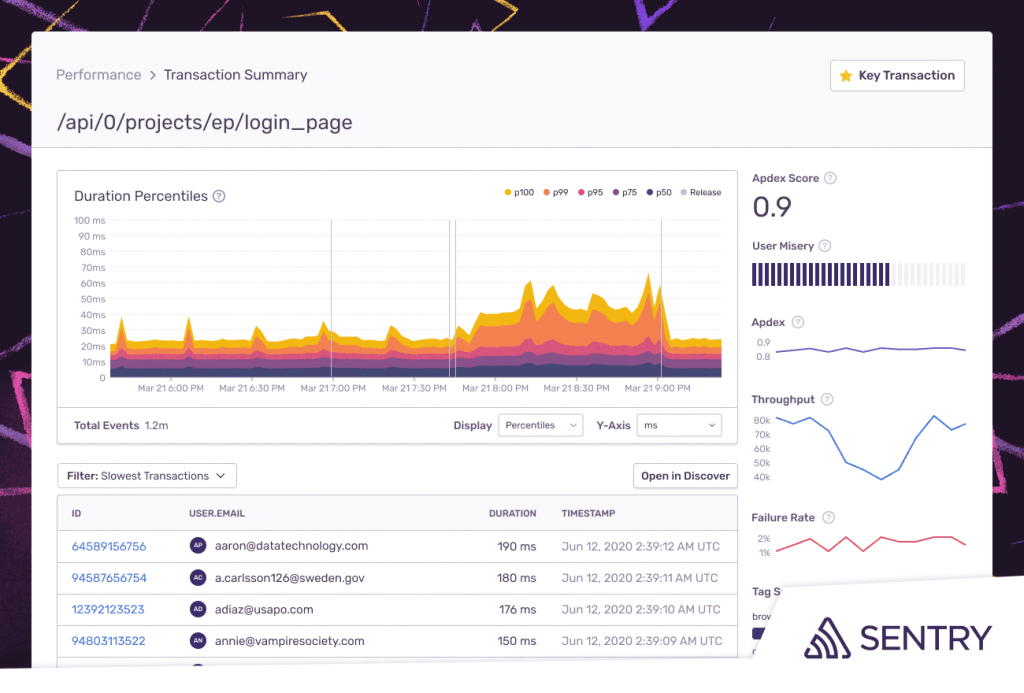 Specific performance-monitoring insights the release offers that Sentry communicated include:

BC Gain’s obsession with computers began when he hacked a Space Invaders console to play all day for 25 cents at the local video arcade in the early 1980s. He then started writing code for very elementary games on the...
Read more from B. Cameron Gain
SHARE THIS STORY
RELATED STORIES
A Platform Team Product Manager Determines DevOps Success Port: Platform Engineering Needs a Holistic Approach 2023 Will Be the Year FinOps Shifts Left Toward Engineering Use of Spring Shifts Toward Modern Apps and Architecture How Jit Builds a Platform Engineering Mindset in the Cloud
TNS owner Insight Partners is an investor in: The New Stack.
SHARE THIS STORY
RELATED STORIES
What TNS Readers Want in 2023: More DevOps, API Coverage Top 5 Considerations for Better Security in Your CI/CD Pipeline ZeroOps Helps Developers Manage Operational Complexity Port: Platform Engineering Needs a Holistic Approach Platform Engineering Benefits Developers, and Companies too
THE NEW STACK UPDATE A newsletter digest of the week’s most important stories & analyses.
The New stack does not sell your information or share it with unaffiliated third parties. By continuing, you agree to our Terms of Use and Privacy Policy.