Kubernetes, Continuous Integration, and the Next KubeCon 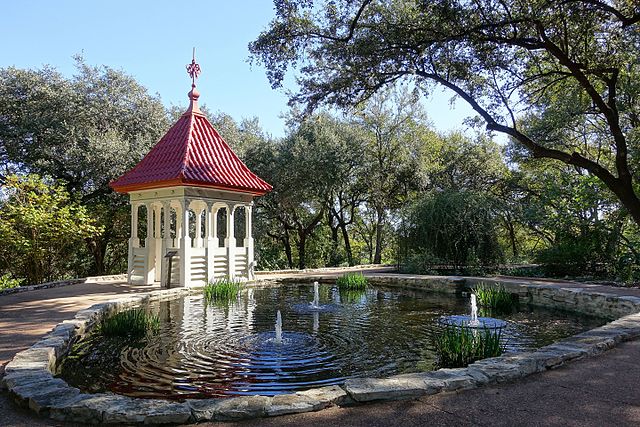 #148: Serious Introspection on Kubernetes’ Accomplishments at the Next KubeCon

Does containerization and orchestration, particularly through the open source Kubernetes container orchestration engine, really make continuous integration and continuous deployment (CI/CD) feasible for enterprises, in many cases for the first time? In May, Craig Martin, the senior vice president for software engineering and consulting firm Kenzan, demonstrated a methodology for facilitating a CI/CD pipeline system where the Jenkins continuous integration server actually runs in a Kubernetes pod, and the orchestrator handles the crux of the platform (Martin co-authored our most recent e-book, ‘The State of the Kubernetes Ecosystem.”)

“Sometimes the shift to Kubernetes opens the door to re-evaluating a lot of other things that might make it easier to get to CI/CD,” said Martin, as part of a panel for this edition of The New Stack Analysts podcast. “Kubernetes is not the thing that gets them there, but it might be the thing that opens up the door, to get them to think even bigger than they did before.”

Martin’s comment came in response to a surprising comment from Google staff developer advocate Kelsey Hightower. While taking note of the folks who credit Kubernetes — a project managed by the Cloud Native Computing Foundation — with giving them a new perspective on CI/CD, Hightower doubted the orchestrator, nor the container engine associated with it actually changed the methodology of CI/CD. Perhaps for a great many customers, he surmised, CI/CD already existed — perhaps in a latent state — but just wasn’t being recognized.

“If you’ve never gotten CI/CD in any of your current systems,” said Hightower, “I think looking at Kubernetes as a solution, starting to solve that problem for you … I don’t know if you’d have ever found the answer in containers or Kubernetes for that particular problem. I think we could do a good job of making them work together, maybe showing people some patterns for how you hook up the ‘last mile’ of your CI/CD pipeline to Kubernetes. But having people say, ‘I’m confused about what I do with CI/CD or microservices because these things showed up,’ I’m wondering if people had a good grasp of those two things, to begin with.”

Hightower and Martin were joined by Microsoft software engineer and Kubernetes co-lead Michelle Noorali, for a wide-ranging discussion about the key topics on the docket for the upcoming KubeCon and CloudNativeCon events, scheduled for the first week of December in Austin, Texas. Noorali and Hightower will co-chair this year’s KubeCon. Listen now to this panel discussion, and get a glimpse of how the leaders of today’s growing Kubernetes community may be taking some time for introspection.

1:41: How the container technology ecosystem and the Kubernetes ecosystem are maturing, and how this is reflected in the discussions at KubeCon.
9:20: What containers and Kubernetes working on “day two” and “day three” mean to and for developers?
17:40: Exploring some of the upcoming SIG tracks at KubeCon and CloudNativeCon 2017.
26:12: The broader effects of how the Kubernetes community impacts businesses looking to utilize the technology.
28:54: What is of less importance to discuss in relation to the ever-changing ebb and flow of technology at KubeCon?
34:25: The road ahead for the Kubernetes journey and what to expect over the duration of KubeCon and CloudNativeCon 2017.

The Cloud Native Computing Foundation, Google, Microsoft and The Linux Foundation are sponsors of The New Stack.

Scott M. Fulton III leads the developer content team at Neo4j, and before this, was a 37-year veteran producer and editor, including for The New Stack, where he created the Context podcast. He produced the Scale blog for ZDNet, was...
Read more from Scott M. Fulton III
SHARE THIS STORY
RELATED STORIES
Enriching Dev Experience with Speedy Continuous Integration Building a To-Do App using GitHub Actions, Playwright, Next.js CircleCI to Customers: Change All Secrets and API Tokens NOW! DevPod: Uber's MonoRepo-Based Remote Development Platform Interest Growing in Dart and Flutter for Mobile
TNS owner Insight Partners is an investor in: The New Stack, Hightower.
SHARE THIS STORY
RELATED STORIES
Kubescape: A CNCF Sandbox Platform for All Kubernetes Security Engineering Best Practices of CI Pipelines Using DORA Metrics to Optimize CI Pipelines Top 5 Considerations for Better Security in Your CI/CD Pipeline EngFlow Harnesses Google Bazel for Faster Monorepo Builds
THE NEW STACK UPDATE A newsletter digest of the week’s most important stories & analyses.
The New stack does not sell your information or share it with unaffiliated third parties. By continuing, you agree to our Terms of Use and Privacy Policy.