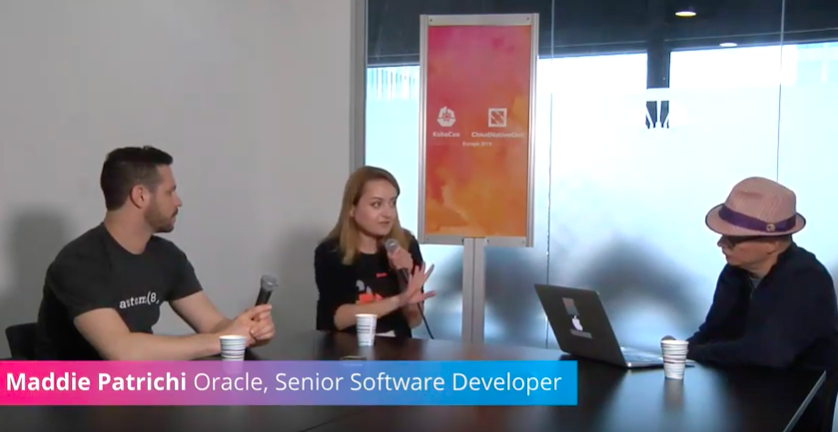 New services and tools continue to emerge for cloud native deployments, vying for a place among what is already immensely complex web of choices.

During a podcast hosted by Alex Williams, founder and editor in chief of The New Stack, at KubeCon + CloudNativeCon in Barcelona, the main topics were the serverless tools and goals by Oracle and Autom8.Network, which offers a decentralized function as a service (FaaS).

Altschul described how Autom8.Network is creating a decentralized FaaS platform for developers to deploy their functions. “Since it’s decentralized, we go find a node wherever it is, and it runs there and returns a result, and you pay just for compute time and a small royalty if a developer wants to earn money on the functions that they run,” Altschul said.

From the outset, Altschul said Autom8.Network sought to avoid being tied to a single cloud vendor or technology. “We could have built something like this on Lambda but then we would have been AWS Lambda we would have been tied into that ecosystem. Or we could have chosen any other kind of technology that is provided by a cloud like Google or whatever but then you’re still stuck into those kinds of technologies,” Altschul said. “And there are other technologies out there that kind of allow you to kind of build if you have your own data center you can kind of pull that stuff in and build it.”

For Patrichi’s team and their API gateway project, they tried using Kubernetes but “stepped away from it,” Patrichi said. Patrichi described how the main issue involved security concerns. The API gateway data plan, for example,  is accessible to customers, “so if we have a breach from the control plane to the data plane, then from the data plane basically have access to all of the customer tenants,” Patrichi said.

“So, you don’t really want to have Kubernetes [in this case]. Kubernetes is very mature and the community is doing a very great job of identifying security issues and having patches for those security issues, but… it might not always be secure in our specific case for API gateways,” Patrichi said. “This type of communication, you know, back and forth, was not the best way for functions.”

At the end of the day, Patrichi said she was not convinced “Kubernetes is more like a Swiss knife.” “So, I think for it lends itself better for applications for services, but not necessarily for a provider — we are a provider of a service we want to build the architecture, we want to be in charge of the architecture,” Patrichi said. “So, this is why we kind of have some a little bit of trust issues we are you know we are handling very sensitive information. We have huge customers and governments as customers as well, so we very, very security aware.”

1:33: Maddie, you were saying before that you were working with Oracle on their API gateway. Can you tell us a little about that?
3:03: Tell us a little bit about the serverless architectures that you are starting to see emerge, and why you chose Fn? I know you have a peer-to-peer network you developed and you put Fn on top of that. What were some of the reasons for that?
7:36: Maddie, what is your team’s philosophy on functions and how they fit into API Gateway?
14:53: The role of FaaS within API gateways, and what does that provide you as a differentiator? How is that unique?
18:22: How do you then develop your posture while understanding there is this software supply chain out there?
24:44: What are some of the top priorities, Maddie, that your team is looking at over the next six months when you’re thinking about the API gateway and the integration of functions into it?