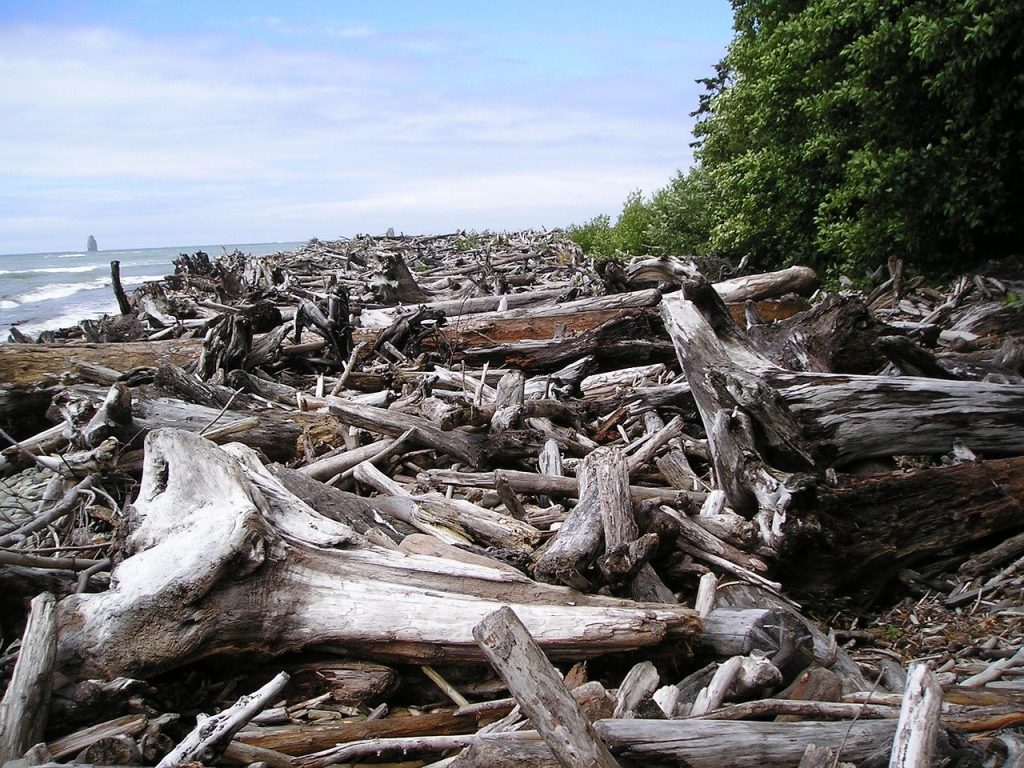 Developers of serverless applications have not changed a lot since we published the “Guide to Serverless Technologies” in 2018, which had surveyed over 300 users of serverless architecture. Back then, 78% primarily planned to use serverless architecture for new instead of existing workloads. Fast forward two years and 75% plan to build a greenfield serverless application in the next 12 months, according to a 2020 community survey managed by Jeremy Daly, who hosts the Serverless Chats podcast. The results’ raw data can be found in a GitHub repo.

The surveys are comparable, partly because we communicated with Jeremy during the question creation phase of the project. Then and now, the top use cases revolved around REST APIs and business logic. Then and now, excitement centered around design patterns rather than whiz-bang technologies. Now more than before, the breadth of adoption will continue to rise, but glaring obstacles are inhibiting enterprises from rapidly scaling up the workloads running on serverless architecture.

Debugging and monitoring continue to be the top serverless pain points. New design patterns and an increasing number of functions being managed are all related to these concerns. With over half of the respondents running 50+ functions in production, industry analyst Mark Wilcox noted, “The market for serverless monitoring and observability tools looks set for fantastic growth.” 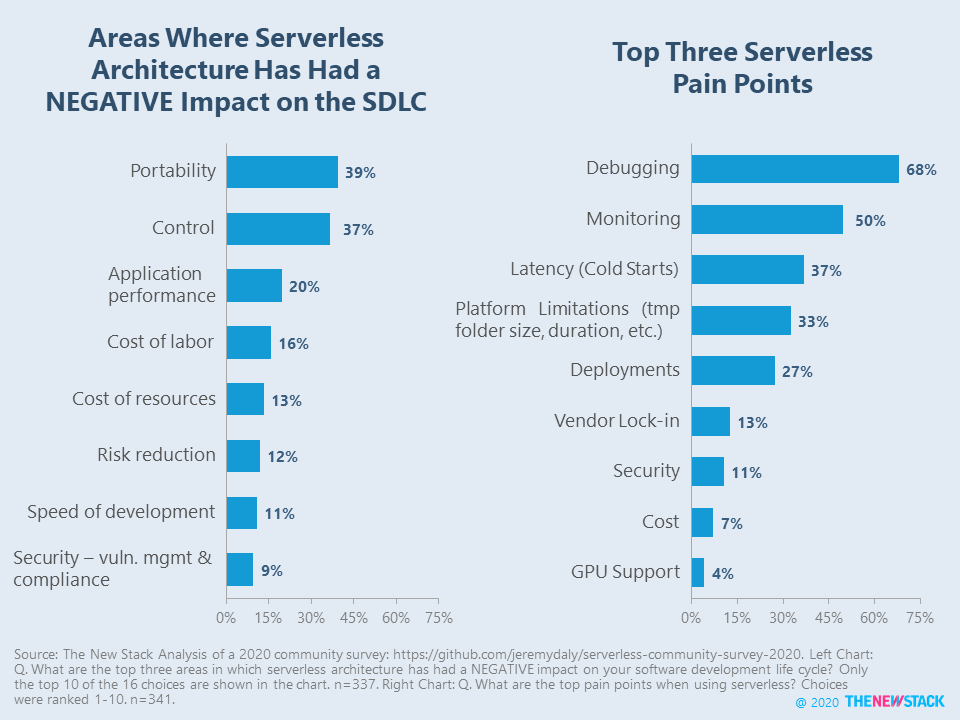 In the past, users were willing to sacrifice portability between cloud environments and lack of control so they could make gains with speed of development and flexibility of scaling. Portability and control continue to create problems in the software development lifecycle, but fewer people think flexible scaling and increased speed are viewed as less likely outcomes. In 2020, event architecture is seen as the top area where serverless architecture is having a positive impact on the software development lifecycle.

According to container platform developer Karl Isenberg, this exemplifies a perpetual trade-off between platform abstractions — you can get control, flexibility and the ability solve specific issues, or you can choose an opinionated stack with a simple API and integrated user interface. By their very nature, AWS Lambda and other FaaS providers fall into the second category, but many enterprises are looking for more control, perhaps based on the Knative project. 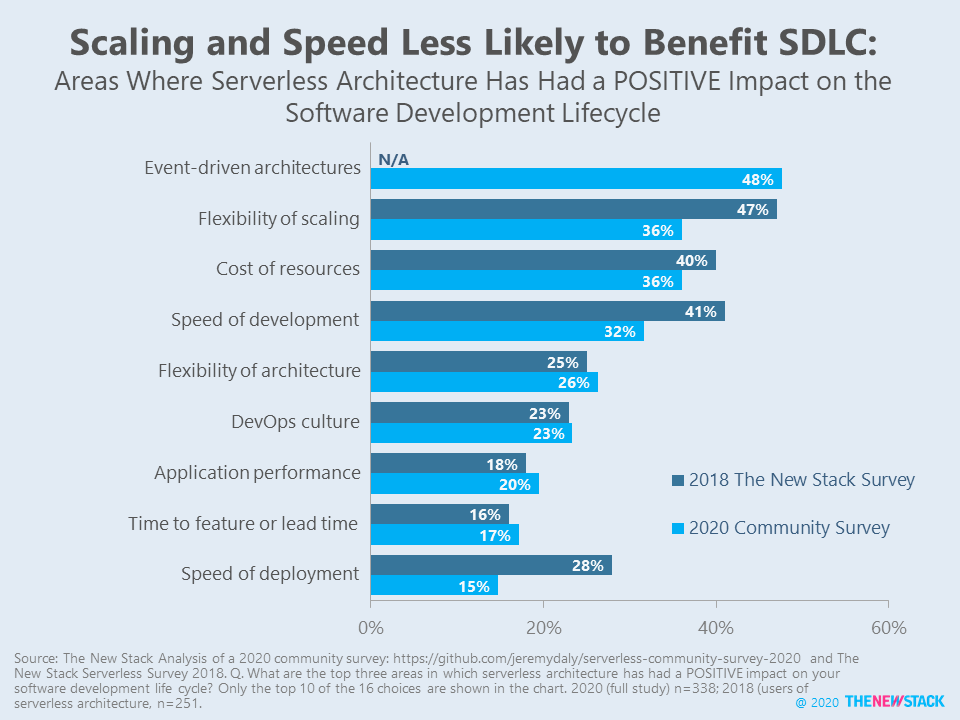 Lawrence has generated actionable insights and reports about enterprise IT B2B markets and technology policy issues for almost 25 years. He regularly works with clients to develop and analyze studies about open source ecosystems. In addition to his consulting work,...
Read more from Lawrence E Hecht
SHARE THIS STORY
RELATED STORIES
AWS Code Catalyst: A 'Low-Code' Approach for the Dev Lifecycle Multicloud vs. Hybrid Cloud: Key Comparisons and Differences It Happened to Me: How I Suddenly Owed AWS $13,000... Data 2023 Outlook: Rethink the Modern Data Stack How Jit Builds a Platform Engineering Mindset in the Cloud
TNS owner Insight Partners is an investor in: The New Stack.
SHARE THIS STORY
RELATED STORIES
Multicloud vs. Hybrid Cloud: Key Comparisons and Differences AWS Re:Invent Left Attendees with More Questions Why a Twitter Founding Engineer Is Now All-in on Mastodon Coherence Strives to Streamline Cloud Developer Experience Google Makes Postgres-Compatible AlloyDB Generally Available
THE NEW STACK UPDATE A newsletter digest of the week’s most important stories & analyses.
The New stack does not sell your information or share it with unaffiliated third parties. By continuing, you agree to our Terms of Use and Privacy Policy.