The survey conducted for our “Guide to Serverless Technologies” asked a series of questions about the vendors and technologies that we will be using in the next 18 months to drive our coverage at The New Stack.
Nov 1st, 2018 5:00am by Lawrence E Hecht 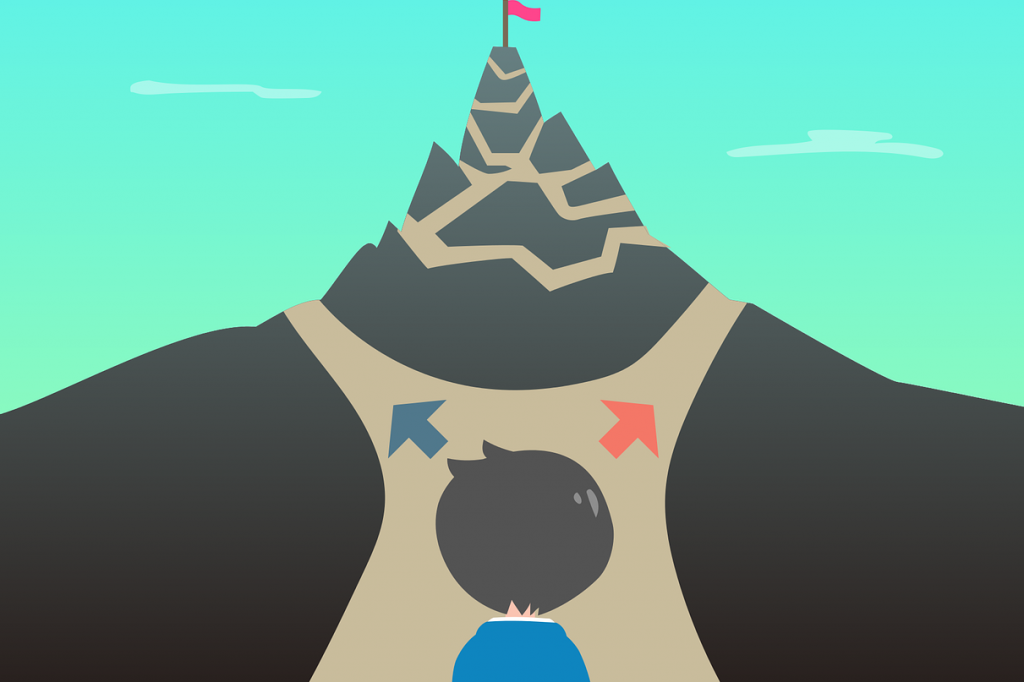 The survey conducted for our “Guide to Serverless Technologies” asked a series of questions about the vendors and technologies that we will be using in the next 18 months to drive our coverage at The New Stack.

The first half of the roadmap dealt with the platforms and frameworks on which serverless architecture is deployed. The leading hosted platforms are the big three cloud providers’ FaaS offerings. AWS Lambda has twice as many users as Azure Functions and more than three times as many as Google Cloud Functions. Although on-premises deployments are not widespread, they are widely being considered. In fact, the percentage planning to use Kubeless, OpenFaaS, and Apache OpenWhisk rivals those looking at AWS, Microsoft and Google. In other words, the battle for the next wave of serverless adoption is alive and well. 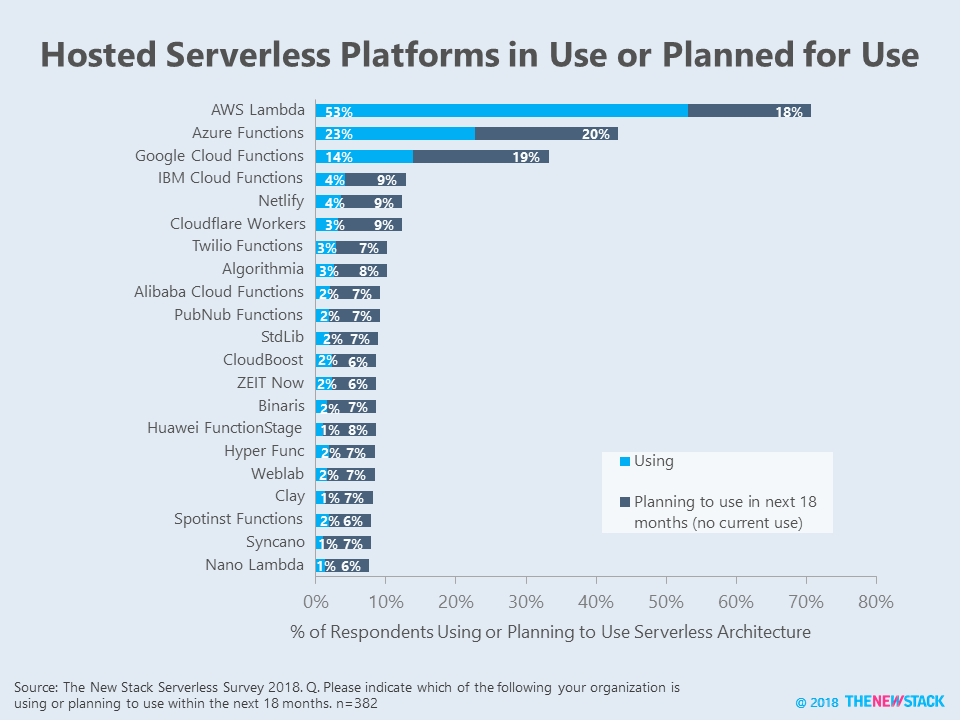 A wide range of range of companies are actively being considered for their hosted serverless platforms. We look forward to seeing how many paying customers these vendors get in the next 18 months. Below are in-depth coverage of six of these options: 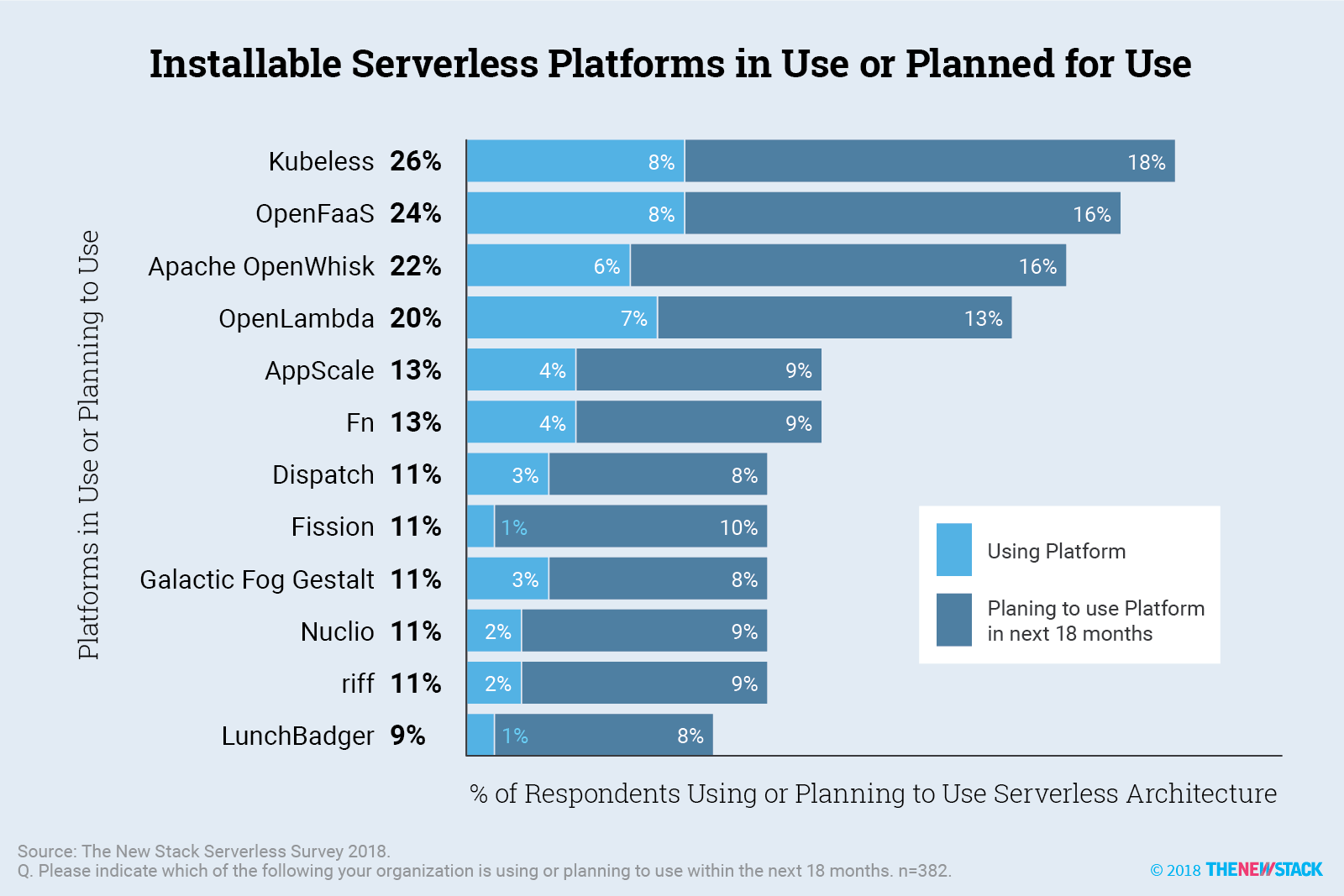 Originally published in the “Guide to Serverless Technologies.”

Lawrence has generated actionable insights and reports about enterprise IT B2B markets and technology policy issues for almost 25 years. He regularly works with clients to develop and analyze studies about open source ecosystems. In addition to his consulting work,...
Read more from Lawrence E Hecht
SHARE THIS STORY
RELATED STORIES
How to Build a Zero Trust Culture How to Adapt Data-Centric Applications to a Kubernetes Architecture The Best of DevSecOps Ebook: Trends, Tools and Best Practices Why Cloud Native Systems Demand a Zero Trust Approach LogDNA: Observability Enables DevOps
TNS owner Insight Partners is an investor in: Velocity, The New Stack.
SHARE THIS STORY
RELATED STORIES
Cloud Native Observability for DevOps Teams: an Introduction The Cultural Changes Zero Trust Security Demands Why Cloud Native Systems Demand a Zero Trust Approach How Do Authentication and Authorization Differ? How to Fight Kubernetes Complexity Fatigue
THE NEW STACK UPDATE A newsletter digest of the week’s most important stories & analyses.
The New stack does not sell your information or share it with unaffiliated third parties. By continuing, you agree to our Terms of Use and Privacy Policy.