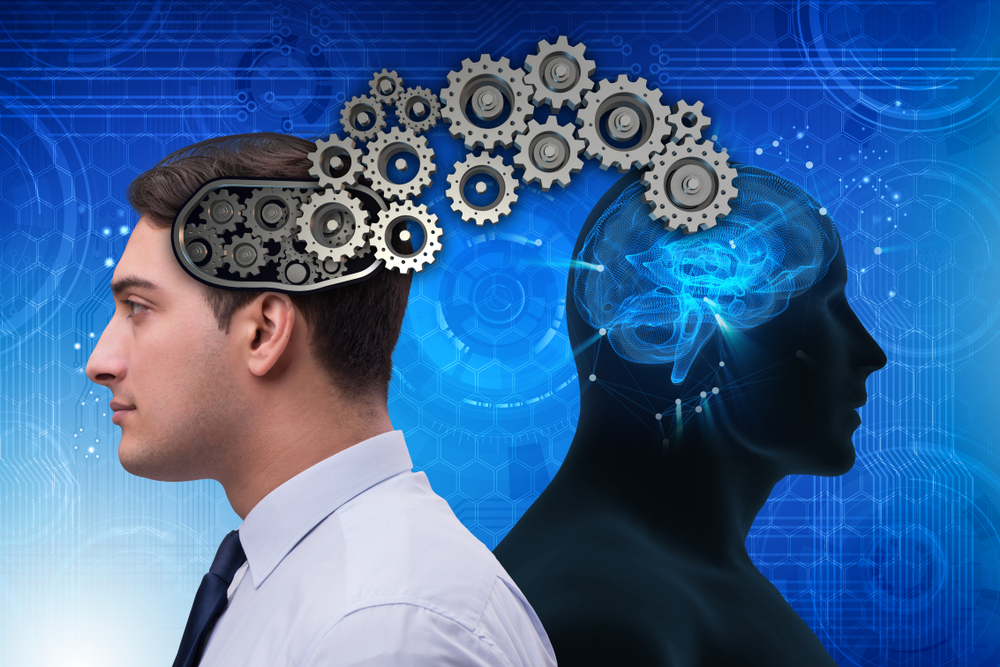 One AI launched the service in May and has signed “tens of thousands of developers” onto its low-code platform, a founder and CEO Amit Ben told the New Stack.

“Over that time, we’ve expanded the API capabilities, the robustness, the scale of the solution, and we added a lot more customization,” Ben said. “A lot of our users have shown us that their source material is either audio or video, so we’ve added the ability to input audio and video into the platform and then apply all of our language processing capabilities to extract value information, details, and process the content in various ways.”

Transcription is the easy part, Ben said, so One AI aims to provide it as cheaply as possible, leveraging the open source automatic speech recognition (ASR) system Whisper. Whisper was trained on 680,000 hours of multilingual and multitask supervised data by OpenAI.

“We can provide transcription for cheap as part of our service to our customers because we believe the value is in the language processing and not in the transcription in and of itself,” he said.

The real problem One AI hopes to solve is to condense the key information into a digestible form.

“Nobody will sit and listen to hundreds of hours of recordings. Usually, they won’t even listen to one hour of recording,” Ben said. “So you transcribe it to turn it into text so people can more easily consume that information. But you know what? People don’t want to read it, either, and especially not in a very large scale.”

The company uses AI to extract meaning from the text, audio or video. For instance, it can create a summary of the transcription, offer highlights from a conversation, detect meeting times and dates, and even detect when a competitor is mentioned.

The AI was trained on data curated by One AI from partners and “other data sources,” Ben said. A data analyst team collects and annotates the data.

“There are not a lot of models out there trained on service emails or sales calls because that data is not publicly available, so we had to do the legwork, collect the data and train the models,” Ben said.

The end result is the platform is powered by multiple different models, and each one is tailored to a different domain and use case. The platform identifies the domain and applies the right model that suits that content, he said. It’s similar to a voice over IP platform, which is trained to choose the right compression, he explained.

“When you call from your mobile, you get a different compression and encoder than you do when you’re calling from a dial-up or when you’re using your desktop, and that’s the role of the voice over IP platform. They’re good in choosing the right compression for you,” Ben said. “Our data science team is constantly worried about making sure that each skill has the state of the art or better model for each of the domains that we support.” 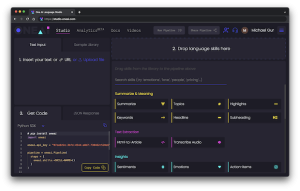 Image via One AI

The low-code platform is language agnostic. It allows developers to drag-and-drop to create the API code for a variety of NLP capabilities, including summarizing, creating headlines and headings, and identifying speakers and roles. The company publishes full documentation for developers who want to go deeper or change it to their needs, Ben said.

That API can then call the function from a developer’s program. A potential use case might be a customer service application that calls One AI to transcribe a call and serve the highlights up to the customer service rep for a response. There’s a JSON response option that gives developers any data output they might need to create automation and logic. For instance, the AI would detect that the text included a date of Friday at 1 p.m. and then automatically schedule a meeting.

The pricing varies by word count but there’s a free option so developers can play with the capabilities.

“We want to make it so cheap, simple and streamlined [that] any developer playing at home … can try it, and, at the same time, that it will be as robust as possible,” Yochai Levi, a founder and chief marketing officer at One AI, said.

The company has raised $8 million in seed funding, according to Crunchbase.

SHARE THIS STORY
RELATED STORIES
Why Databases Need APIs How to Achieve API Governance  How Developers Monetize APIs: Prepay Emerges as New Option How to Execute a Simple GraphQL Query What It Means to Be OpenAPI-First in Kubernetes
SHARE THIS STORY
RELATED STORIES
State of the API: Lack of API Design Skills a Key Problem The Flywheel Effect of Kubernetes APIs Matillion’s Data Productivity Cloud Brings dbt Orchestration 10 Ways to Manage API Security Risks GraphQL and REST Can Coexist, Author Will Lyon Says
THE NEW STACK UPDATE A newsletter digest of the week’s most important stories & analyses.
The New stack does not sell your information or share it with unaffiliated third parties. By continuing, you agree to our Terms of Use and Privacy Policy.