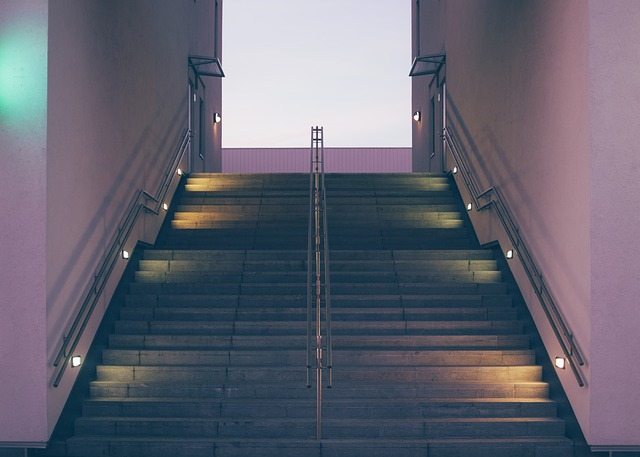 With the release of Lightstep Incident Response, ServiceNow has combined observability with incident resolution on a single platform to help developers and site reliability engineers (SREs) monitor, alert, collaborate, and respond to incidents for quick recovery.

The goal is to reduce downtime by arming these folks with the service context and automation they need to effectively respond to incidents, such as a software bug, power outage, or down network, said Rohit Jainendra, vice president and general manager of emerging businesses at ServiceNow.

Jainendra said developers and SREs have had to do a lot of manual context switching between various tools to keep up with all their systems.

“What we’re hearing from developers and SREs is that eliminating ‘context switch’ — flipping between observability, on-call, collaboration and incident management tools — would reduce human errors and speed up response times,” he said in a statement. “With Lightstep Incident Response, we are providing teams with a single platform that orchestrates on-call escalation, alert grouping, incident analysis, and remediation, while seamlessly integrating with collaboration and incident management tools to eliminate ‘context switch’ and resolve incidents with speed.”

ServiceNow acquired Lightstep in 2021 to extend the benefits of observability across business functions and enable enterprises to increase their cloud native capabilities. The company plans to extend Lightstep’s capabilities beyond observability, with the mission of becoming an end-to-end platform for app development organizations. The general availability of Lightstep Incident Response marks the first major step on that mission.

Ben Sigelman, general manager of Lightstep and co-creator of the CNCF OpenTelemetry project, said Lightstep would have been hardpressed to have delivered this capability as a startup alone, but has accelerated its development under the auspices of ServiceNow.

Lightstep Incident Response works by synchronizing on-call workers’ schedules onto a shared calendar, with specific tags that indicate who needs to be looped in based on the nature of the incident and the service that is impacted. From there, collaborators are invited to a dedicated channel based on prebuilt collaboration integrations for quick remediation. Additionally, they can create automation that self-triage and self-remediate problems should they reoccur, Jainendra said.

For ServiceNow customers, Lightstep Incident Response natively integrates with the Now Platform, allowing users to quickly respond to or escalate incidents to the right team all on one platform and connecting incident response to core operations.

“ServiceNow has realized that the IT Operations model has changed now. Modern agile and DevOps teams can’t wait for multiple levels of support such as L1, L2, and L3 or wait to work thru a tickets-based system,” said Andy Thurai, VP and Principal Analyst, Constellation Research. “CloudOps is moving towards events/incident-based workflows and escalation/resolution immediately by service owners rather than on-call support engineers, is the newer model. This initiative by ServiceNow is to create toolsets to cater to that model.”

However, version one from ServiceNow has limited capabilities, but they have a good roadmap and a good direction, he noted.

“The mentality of incident response used to be waking someone, that is in the next escalation chain, in the middle of the night is the only way to escalate the problem,” Thurai said. “The newer model is incident/events based. You can, and should, directly escalate the incidents to the service owners who will have firsthand knowledge to solve this problem. The DevOps model is about ownership and accountability of your changes.”

“With the introduction of Lightstep Incident Response, we are delivering the all-in-one solution for developers and SREs to act with the speed and efficiency necessary to maintain exceptional experiences for customers using their applications and services,” Sigelman said in a statement. “In combination with OpenTelemetry, a Cloud Native Computing Foundation sandbox project founded in part by Lightstep, organizations will now have the data platform, workflows, and an open standards approach necessary to successfully operate highly distributed cloud native services.”

Early use (beta) customers like Assembly, Lean, and Roambee have already seen the benefits of Lightstep Incident Response.

When it comes to monitoring DevOps infrastructure and services, there are lots of open source tools that provide good coverage and could be found in a typical team e.g. Grafana, Prometheus, Influx, etc., said Shailesh Mangal, VP of Engineering at Roambee.

“Two things that we were struggling with which Lightstep helped us resolve were: Get a handle on infra and service alerts,” he told The New Stack. “They essentially helped (forced) us to prioritize the alert types by adding additional metadata.”

The other issue Roambee faced was the need to set up an escalation path and follow automatically, he said.

“Given small team size, it’s not possible for us to have dedicated shift round the clock. We achieve this by sharing the responsibility with regular (non-DevOps) team members moonlighting and rely on alerts. If these alerts are missed out for whatever reason, there was no way for us to detect them until it’s too late. With Lightstep, we set up proper escalation paths, and alerts if not acknowledged, get escalated up the food chain.”

Lightstep Incident Response is offered as free and paid versions and introduces a usage-based pricing model based on the number of active services being managed, Jainendra said. Customers don’t pay by the seat and only pay for what they use. This allows the entire team to participate in the incident response process and drive a culture of service ownership. Customers can get started immediately with a 30-day free trial.

“ServiceNow has a leg up as they are the SOR (System of Record) with many large enterprises with their ITSM solution,” Thurai said. “It is an easier upsell if this combination of observability plus incident management works, but it is a long way to go. Good start, but we have to wait and see if they execute on this properly.”

Darryl K. Taft covers DevOps, software development tools and developer-related issues from his office in the Baltimore area. He has more than 25 years of experience in the business and is always looking for the next scoop. He has worked...
Read more from Darryl K. Taft
SHARE THIS STORY
RELATED STORIES
Kubernetes App Deployment from the Command Line What TNS Readers Want in 2023: More DevOps, API Coverage Kinsing Malware Targets Kubernetes How Capital One Performs Chaos Engineering in Production Entrepreneurship for Engineers: Building for Customers’ Love
CNCF, InfluxData and ServiceNow are sponsors of The New Stack.
TNS owner Insight Partners is an investor in: The New Stack, Postman.
SHARE THIS STORY
RELATED STORIES
Crossplane: What Most People Get Wrong (and How to Get It Right) The Top 4 Threats to Securing Your Cloud Infrastructure What LaunchDarkly Learned from 'Eating Its Own Dog Food' Kubernetes for Windows Swarm, a User-Friendly Alternative to Kubernetes
THE NEW STACK UPDATE A newsletter digest of the week’s most important stories & analyses.
The New stack does not sell your information or share it with unaffiliated third parties. By continuing, you agree to our Terms of Use and Privacy Policy.