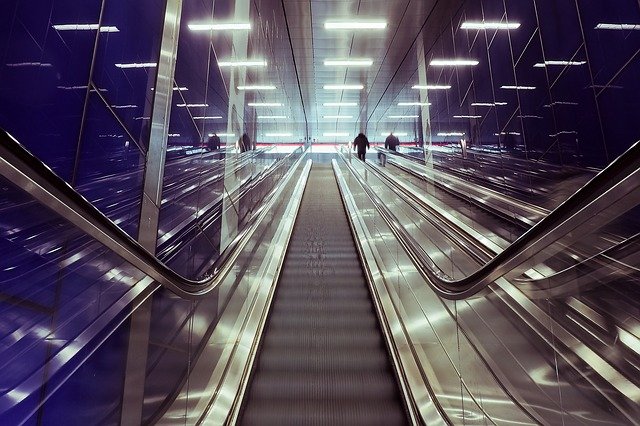 ServiceNow’s recent acquisition of observability leader Lightstep is a nod to the mainstreaming of observability beyond the realm of DevOps engineers to software developers, security professionals, customer support reps and other personas.

This is where ServiceNow, with its expertise in digital workflows, helps to expand the reach of observability and to enable Lightstep to realize its vision of putting observability insights into the hands of all sorts of users a lot sooner, said Ben Sigelman, co-founder and CEO of Lightstep.

Indeed, not only will this combination help DevOps engineers in their efforts to build, deploy, run and monitor cloud native applications, but it also will take observability across the enterprise through digital workflows.

“Lightstep enables DevOps engineers and SREs to make planned changes with greater confidence and velocity, while also allowing them to mitigate and diagnose unplanned changes without having to become experts in observability: we take insights drawn from many telemetry types and across service boundaries and make them accessible within everyday DevOps and SRE workflows,” Sigelman said in a blog post.

Together, ServiceNow and Lightstep will bring deep operational insights for enterprises to use modern technology stacks. Lightstep’s observability platform analyzes a system’s metrics and tracing data in real-time to help users understand the causes and effects of changes to application performance, reliability, and development velocity. Meanwhile, ServiceNow’s platform coordinates the technical and team response, and enables those insights to be followed up with actions.

However, in addition to unlocking Lightstep’s aspirations to reach additional personas with its software, ServiceNow also intends to continue to enhance the observability experience for developers.

“We’re looking to transform software development the way we’ve transformed IT,” said Pablo Stern, senior vice president and general manager of IT Workflow Products at ServiceNow. “We started with ticketing and transformed how people do ticketing by driving workflows through it. Now, by connecting to the entire software toolchain, we can drive faster outcomes by taking action based on the observations that Lightstep takes. And then we can take those observations and those actions and extend them beyond the traditional technologists. We can take it to the customer support team, we can take it to financing, we can take to other parts of the enterprise that really now need to know what’s going on in the software that is running their business.”

Moving up the Stack

The observability value proposition has moved up the stack.

“Observability is not metrics, logs and traces. That’s just the telemetry, and telemetry is taking care of that,” Sigelman said in an interview. “Observability is now about delivering value and making that information much more comprehensible to people without them becoming experts. I think Lightstep has actually led the way on that front. And I think we can do that even faster, further in ServiceNow. I’m looking forward to observability being talked about in terms of the value proposition and not just in terms of the raw data, and the technical details where I think it’s been mired for the last many years.”

Lightstep and ServiceNow are in lockstep in this thinking.

“One of the things we love about Lightstep is that they really are democratizing observability in these incredibly complex, distributed environments,” Stern said.

Companies such as GitHub, Spotify and Twilio use Lightstep’s observability platform. And as more enterprises move to essentially become software companies in their own right, they are looking to add observability, as Lightstep provides visibility and insights integrated across metrics, distributed traces, and logs.

While Sigelman said he believes ServiceNow gives Lightstep a leg up on its competitors in the observability space, competition continues to heat up, with New Relic, Dynatrace, BMC, Datadog, Sumo Logic and Splunk playing in the space. In addition, New Relic recently open-sourced its Pixie observability platform.

Lightstep is good at pulling extremely fine-grained insights out of very high throughput data streams. For instance, using Lightstep, an organization with 100,000 customers could easily find which one of them is the cause of a performance problem in the system.

“Lightstep can pick out that single user ID or customer ID that’s causing trouble in that firehose of data,” Sigelman said. That typically impacts the DevOps and engineering staff. But that story could be automated further, to look up the customer service rep that’s responsible for that particular account to have a ticket created automatically in whatever system they’re using. In fact, a goal of the ServiceNow acquisition is for that process to be completely automated to where the workflow that the customer service rep would take can just get going right away.

This has been part of the overall Lightstep mission.

“I think we can do this much more quickly in the context of ServiceNow than we could stand alone, where Lightstep’s product just simply doesn’t interact with that persona at all,” Sigelman said. “I think that’s a very exciting proposition in terms of making these like giant software applications less opaque and more actionable across many roles.”

Not Your Father’s Observability

Observability is not just for development and DevOps teams anymore; it’s for any team that’s involved with the software.

Sigelman and his team worked on observability technology at Google and he led their distributed tracing and metrics efforts, resulting in products such as Dapper, Google’s distributed tracing system, and Monarch, their global metrics and monitoring platform. Since then Sigelman’s goal has been to improve the quality of insights and observability by integrating across all different types of data sources, and then making those insights more accessible to people without requiring them to become experts in observability.

“The reason we pursued this acquisition with ServiceNow, is that they’re already right there with other roles, including customers access roles,” Sigelman said. Plus, it will shave years off of the time it would take Lightstep to get there as a standalone company.

Lightstep has all the technical roles covered, including people in physical data centers that have to swap out hardware based on the Lightstep observability findings. But observability could be just as relevant to financial workflows, he said.

“What ServiceNow has built is a workflow platform that really enables work to go across the enterprise,” Stern said. “So, across all the technology teams — whether it’s team that’s doing planning, the dev team, the team that’s in the operations environment, or driving services; we interconnect all those workflows.”

As enterprises continue to assume more software development capabilities because of digital transformation, it’s going to become the responsibility of everybody in the enterprise that is reliant on that software, not just the software developers, to help drive the business forward and for its customers to be successful.

Meanwhile, joining forces with ServiceNow will enable Lightstep to accelerate its technology roadmap with features like Change Intelligence, which was added earlier this year. Some new features will likely arrive sooner than expected with the force of ServiceNow driving Lightstep ahead, Sigelman said.

Lightstep will continue to work on open source projects such as the Cloud Native Computing Foundation‘s OpenTelemetry with ServiceNow’s backing and blessing, Stern said.

The Cloud Native Computing Foundation, Dynatrace, Lightstep and New Relic are sponsors of The New Stack.