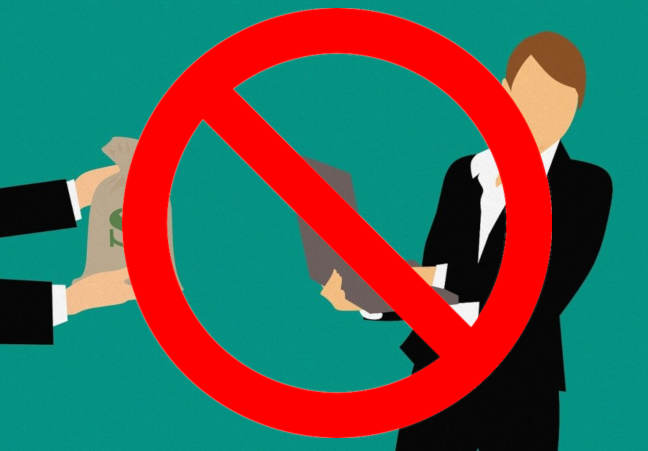 Development speed and total cost of ownership continue to be the most cited benefits of open source, according to our latest  “Open Source in the Enterprise” study. Both are quantifiable, but it can be difficult to draw a causal relationship to specific corporate initiatives promoting open source. This explains why “increased speed and agility in the development cycle” dropped from 58% in 2018 to 39% in 2020 as a top benefit of the respondent’s open source program office (OSPO). “Faster time to market with new products” experienced a similar drop. Both of these categories describe innovation, which is also hard to measure, but is the top benefit of OSPOs, partly because it is a broadly used way to gauge business performance.

Attracting talented human resources is another input into an MBA’s business performance calculations. Yet, “increased developer recruitment and retention” placed 13th out of 14 possible choices in the survey question about OSPO benefits.

There are several explanations of why developer recruitment is being de-emphasized. Most obvious is the economy. Many companies are not hiring and may even have had layoffs. In this environment, large technology companies are having fewer problems recruiting and retaining talent. In this scenario, companies don’t need to make as much effort to distinguish themselves as good citizens of the open source community, which is actually becoming harder to do. Our study indicates that more companies are regularly contributing to upstream projects, and adoption of a variety of formal policies governing the use and contribution to open source projects has increased. 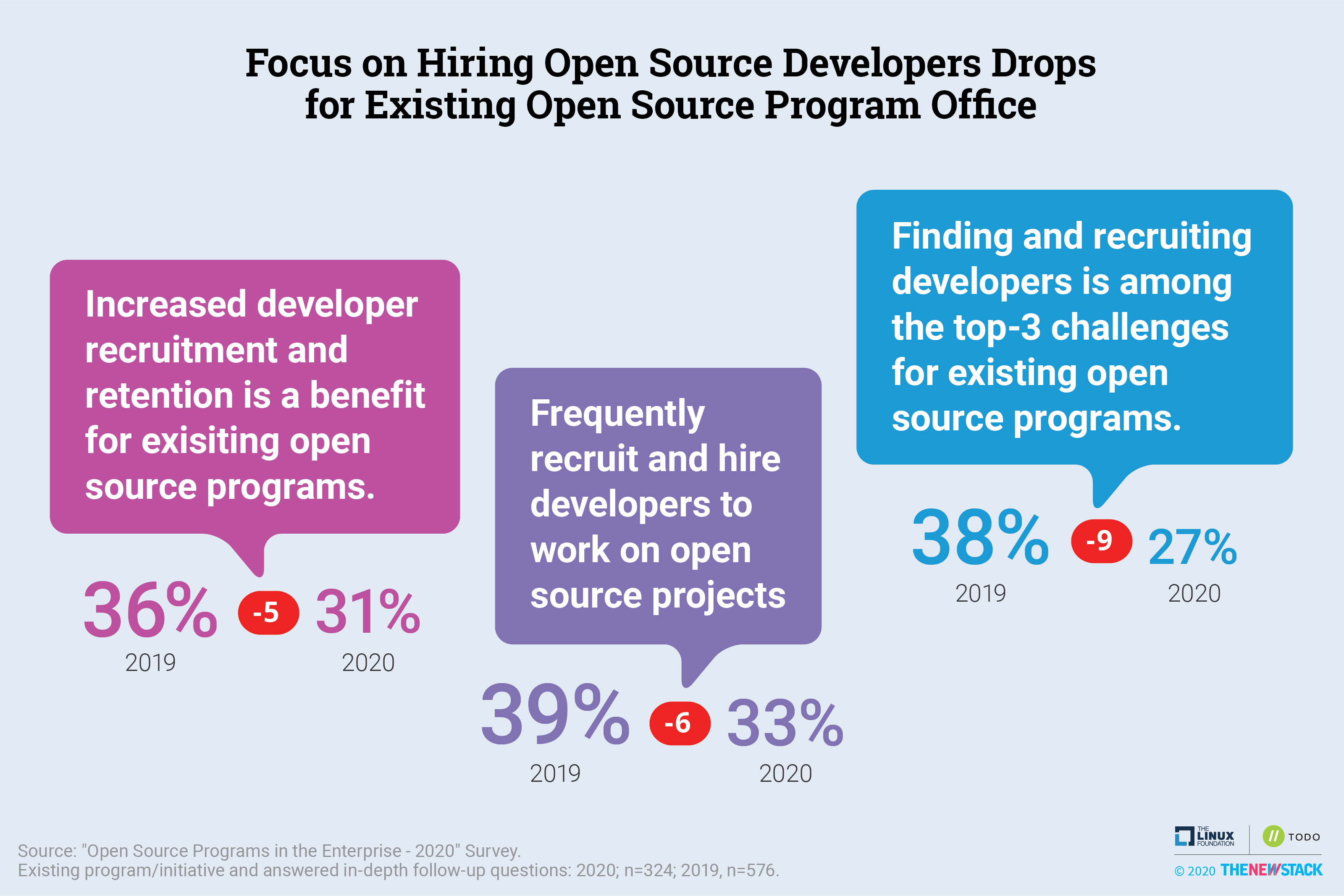 In this environment, companies are doing more than open sourcing their own projects and funding collaboration. In fact, 48% of the respondents’ organizations have a policy about employees contributing to non-work-related open source projects in their personal time. Being allowed to contribute to open source during working hours will make developers more successful, according to 62% of developers surveyed in 2018. The 2020 Open Source Job Report will update that data along with several other criteria about developer satisfaction.

The declining emphasis on hiring open source developers is not because they are not in demand. It is because efforts were had been too narrowly focused on recruiting developers to work on specific open source projects. Instead of looking for developers with specific experience in one community, there is a realization that open source culture can be taught.