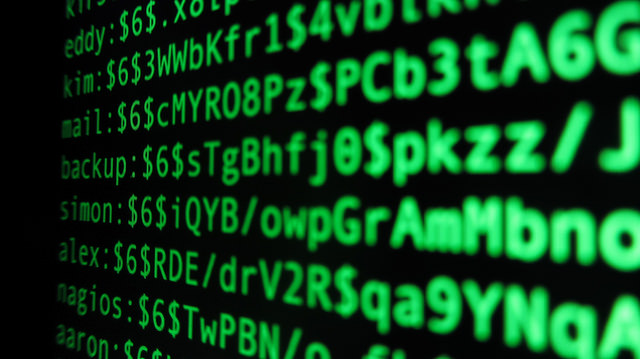 What if you could abandon trying to keep up with every security threat that comes down the pike and instead secure your applications at the code level?

That’s the thinking around ShiftLeft, a Santa Clara, Calif.-based startup focused on providing security at both build time and runtime.

“We’re developing a micro-agent specific to each version of each application, not by responding to threats, but by understanding the security needs of that version of the application,” said CEO Manish Gupta.

In the days of shrink-wrapped software, customers had no option but to provide perimeter security — firewalls, intrusion detection, antivirus, web application firewalls — since they had no access to proprietary source code, he explained. In 15 years in the security industry, most recently at FireEye, where he was seeing about 100,000 new pieces of malware a day, reacting to threats doesn’t make sense in an environment where development teams are releasing software multiple times a day.

At the same time, the assembling of components — a little bit of custom code, some open source software and third-party libraries — provides more opportunities for error and code weaknesses to be incorporated into multiple versions of applications.

At build time, ShiftLeft begins by determining what the company calls the “security DNA” of the application and creating a custom security agent used at runtime to protect that specific version of the application. That “DNA” includes what the software does, the open source software used, vulnerabilities, how it uses sensitive data and coding errors.

“If you understand that a microservice does not fork a process, if in production if it starts to fork a process, we know it has been exploited. We might not know what threat caused it, but by understanding the application through source code, then monitoring the production environment behavior relative to the source code, we can know when an application has been exploited or an unknown vulnerability has been leveraged to exploit the application,” Gupta said.

It’s a plugin or command-line interface when used with CI/CD tools such as Jenkins, Travis CI or Circle CI. Once the build is complete, it fetches external dependencies associated with the project, composes an archive file, and uploads it to a gateway server in the ShiftLeft cloud along with the organization ID and token metadata. All data from the gateway server to the ShiftLeft core system are encrypted and signed by the organization’s private key.

The micro agent is a JAR file that is attached to the deployment using a single command that includes the JAR path and the ShiftLeft gateway server address where runtime events and alerts are sent.

If using a deployment configuration tool such as Chef, Puppet or Ansible, use a command in the configuration file where the application is being provisioned. The micro agent monitors the application in runtime and sends events and metrics to the ShiftLeft gateway server via the ShiftLeft proxy, a Linux executable that can be installed on most Linux x64-bit distributions.

“It knows what issues are in each version and the line in the source code where those issues are. If you deploy your application inside a virtual machine on AWS, as it boots up, the micro-agent knows issue No. 1 is in line 23, so it instruments itself there, and line No. 98 has issue No. 2, so it instruments itself there, and so forth,” he explained.

A dashboard maps the application’s flow through the lens of security, co-founder and CTO Chetan Conikee explained in a blog post. Policy-based logic can then be applied to the flow to track:

The software adapts as your code evolves over time, identifying potential exploits, sensitive data leaks in your application and alerts on a negative drift, he said.

It is agnostic to cloud infrastructure, virtual machines, containers and bare metal. The initial version, which debuted in October, supports Java, including popular Java runtimes such as Oracle JVM 1.6+ and OpenJDK 1.6+. The company plans to support JavaScript and Golang in the next few months.

Susan Hall is the Sponsor Editor for The New Stack. Her job is to help sponsors attain the widest readership possible for their contributed content. She has written for The New Stack since its early days, as well as sites...
Read more from Susan Hall
SHARE THIS STORY
RELATED STORIES
An Inside Look at What GitLab’s Web IDE Offers Developers Kubescape: A CNCF Sandbox Platform for All Kubernetes Security Interest Growing in Dart and Flutter for Mobile GitHub Actions Were Vulnerable to Rust Artifact Poisoning Coherence Strives to Streamline Cloud Developer Experience
SHARE THIS STORY
RELATED STORIES
Argo CD and Flux Are CNCF Grads: But What Now? 4 Tips to Avoid Downtime Risks and Start the New Year Strong CircleCI to Customers: Change All Secrets and API Tokens NOW! Top 5 Considerations for Better Security in Your CI/CD Pipeline The Main Goal: Secure the Application Workload
THE NEW STACK UPDATE A newsletter digest of the week’s most important stories & analyses.
The New stack does not sell your information or share it with unaffiliated third parties. By continuing, you agree to our Terms of Use and Privacy Policy.