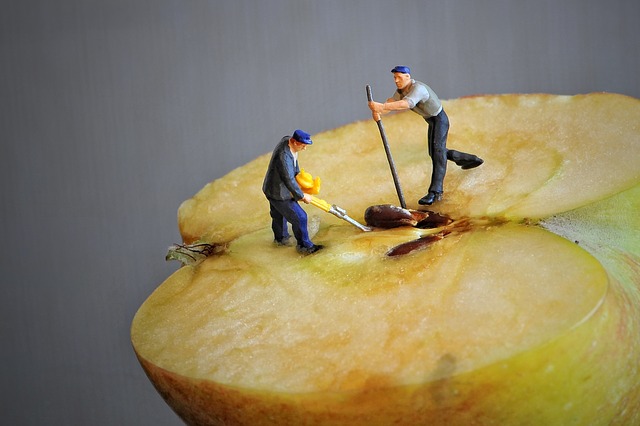 “Through this collaboration… we’re empowering developers with easy access to the CI/CD tools and infrastructure necessary to develop, test and deploy at scale with Arm-based solutions,” said Jeff Underhill, director of open source enablement at Arm.

As part of the collaboration, Arm developers working on open source projects can run their build and test workflows for free on 32-bit and 64-bit Arm-based machines from Packet’s Cloud. Commercial projects can “Bring Their Own Arm Node” and use Shippable for software validation workflows.

“Our vision at Shippable is that irrespective of what programming language you use; what application architecture you use, whether it’s microservices or containers or functions; what kind of operating system you use; what cloud you’re deploying to, we don’t care. Now we’re talking about we don’t care whether you’re deploying to a x86 machine or an Arm machine,” said Shippable co-founder and CEO Avi Cavale.

He said Arm approached his company earlier this year to work out the kinks for Arm developers as the low-power processors gain more traction. Initially aimed at IoT devices, Arm machines can run any application, he said, given the right infrastructure. For instance, Fujitsu and the Japanese research institute RIKEN have built a prototype supercomputer based on Arm architecture to be deployed in 2021.

“Some of the machines that Packet is providing have 128 CPUs and 1TB memory — that’s bare metal, so you can run a Kubernetes cluster and run thousands of containers if you want to,” Cavale said

The jury’s still out on the whole x86 vx. Arm debate, he said, though after attacks on Intel x86 chips called Meltdown and Spectre in which hackers can access sensitive information from protected kernel memory Linux creator Linus Torvalds suggested, “Maybe we should start looking towards the Arm64 people more.”

The Arm capabilities are just another option as part of Shippable’s main platform. The whole idea was to make sure developers didn’t have to do anything differently to use them, he said.

Today, applications using an Arm chipset are being run on x86 emulators. While 80 to 90 percent accurate, they don’t provide total confidence. But when those applications are deployed on native Arm-based architecture, they start breaking, he said, so in effect, CI/CD provides a false positive.

The company had to refactor parts of its core to provide native Arm capabilities. The major cloud providers don’t offer an Arm chipset, he said, hence the tie-up with Packet.

Besides the refactoring, it had to update its Python libraries for Arm-based architecture and add for the usual programming languages, like C++ that are more basic to Arm-based technology.

“Testing on the right infrastructure can make the difference between an enjoyable build process and a painful one — especially in the diverse hardware environment inherent to edge, IoT and other fast-growing spaces,” said Packet CEO Zac Smith.

Packet has been expanding its reach in edge computing. It announced a spot market for its bare-metal servers last August. In February, it announced its “c2.medium” platform based on the 24-core AMD EPYC 7401P processor.

Meanwhile, Arm also recently announced a partnership with Samsung to combine Arm’s Artisan physical IP on Samsung Foundry process technologies for high-performance computing. And in an initiative called Project Trillium, Arm is introducing specific processors designed “from the ground up” for machine learning.

Susan Hall is the Sponsor Editor for The New Stack. Her job is to help sponsors attain the widest readership possible for their contributed content. She has written for The New Stack since its early days, as well as sites...
Read more from Susan Hall
SHARE THIS STORY
RELATED STORIES
New Ebook: A Blueprint for Supply Chain Security Kubernetes Just Has to Get Easier for Developers Unleashing Git for the Game Development Industry 8 GitHub Actions for Setting Up Your CI/CD Pipelines PurpleUrchin: GitHub Actions Hijacked for Crypto Mining
SHARE THIS STORY
RELATED STORIES
Create a Local Git Repository on Linux with the Help of SSH Does the GitOps Emperor Have No Clothes? 8 GitHub Actions for Setting Up Your CI/CD Pipelines What’s the Future of Feature Management? The Future Stack of Code Review
THE NEW STACK UPDATE A newsletter digest of the week’s most important stories & analyses.
The New stack does not sell your information or share it with unaffiliated third parties. By continuing, you agree to our Terms of Use and Privacy Policy.