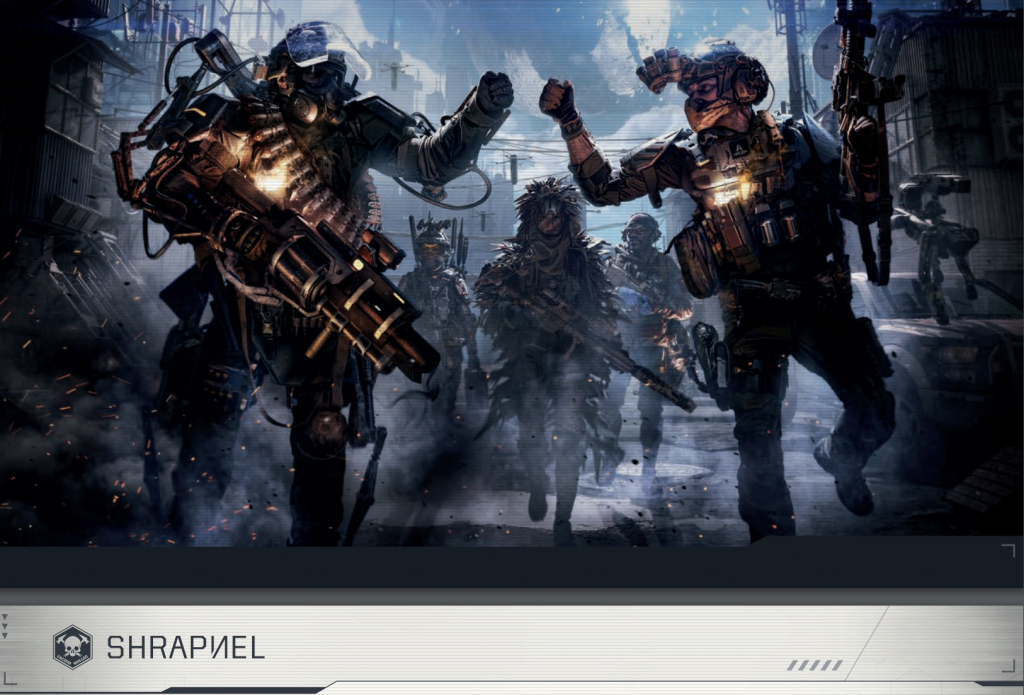 Web3 game development hasn’t impressed me so far. Aside from Ubisoft doing some experimenting with their Quartz platform, few of the large game studios have publicly released any games integrated with blockchain technologies. The play-to-earn and NFT gaming efforts available today feel like they bolted a game onto a decentralized app, rather than focusing on a game-first product roadmap that just happens to see benefit in integrating blockchain. The entry point for these games is often $1000 or greater, which alienates most gamers and crypto natives.

I’m not alone in my skepticism. According to the GDC State of the Game Industry, released in January, a wide majority of game studios are not interested in crypto and NFTs (as shown in the chart below). There is a vocal contingent of developers that is extremely negative when the topic of NFTs and cryptocurrencies are discussed in relation to game development. 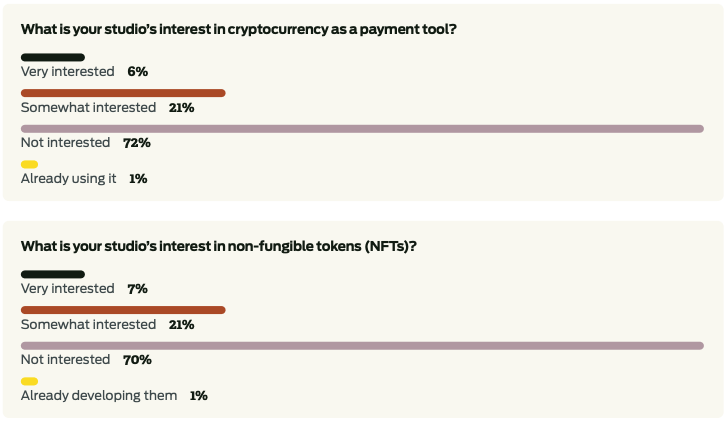 Shrapnel is one game studio that is attempting to go against these trends and release a game that blends the best of the first-person shooter genre with elements of blockchain — with the goal of extending new capabilities to gamers.

What Does Blockchain Add to Game Development?

In an interview with The New Stack, Shrapnel Head of Studio Don Norbury explains, “From a user story perspective versus a blockchain decentralized consensus mechanism perspective, which is far more technical, blockchain gives the user ownership through interoperability and transportability and having it built that way from the ground up.”

This focus on user empowerment is where Shrapnel’s approach diverges from most of what we’ve seen in the blockchain and NFT gaming space thus far. They are not building a sandbox that keeps users within the Shrapnel ecosystem, instead they see what they are building as a small part of a greater metaverse.

“We started very early, from a blockchain perspective, on what would our contract architecture look like to actually support interoperability,” Norbury explained. “In an interop standard that allows you to own something on the chain we’re building on, or somewhere else, but then through a set of contracts [to] be able to own the expression of them on other platforms, projects and other chains. As there are transactions on the underlying ownership, how does that trickle across and how do people control it. That is the part you can’t really do in a centralized system.”

Instead of focusing on how to onboard users to Web3 so that they can game in a new way, Shrapnel is focusing on making the user experience as frictionless as possible. It sounds like users might be able to start with a Metamask wallet if they want to, but Shrapnel’s initial focus is on leveraging custodial wallet technology from Amber Group, which allows for a simple onboarding experience.

Part of this decision is a practical one for overcoming some of the challenges of Web3 that introduce friction in a game. An in-game feature allows users to claim NFT gear from deceased player characters, which would be dramatically slowed down if a wallet signature was required. This class of NFT is different than the user-created (or minted) NFTs, where a user takes materials from inside the world and creates new maps or aesthetic attributes for characters.

Shrapnel is building in features that should appeal to gamers who like to enhance the in-game experience with their own creations. The nineties saw Quake and Half-Life fans (among others) expanding the in-game worlds in all kinds of interesting ways. Minecraft and Roblox have created a whole new generation of fans where creativity is a core part of game play.

Shrapnel sees blockchain and NFTs as a way to create a structure for modding. Norbury said, “Where we differ from a lot of traditional devs (and I think they will come over to our side eventually) is in how material definitions work. I can give you the components of stuff, give you an instruction manual on how to take those components and make them work for our project. When you mint something from materials as a set of textures, those exist in decentralized storage referenced by the actual NFT.”

Shrapnel takes that NFT and represents it as an asset that can be used by Unreal Engine in the game. Their material pipeline shows how that NFT asset is constructed from raw materials, which in turn would allow other platforms to leverage the same approach. Norbury went as far as saying, “Ultimately we see success for Shrapnel as the day half of sessions are on creator maps and not on Shrapnel maps. That is pop champagne day. How much is effectively owned and operated by the community.”

Game developers will likely be familiar with Shrapnel’s approach to building a FPS extraction game. The game is built with Unreal Engine 5 (UE5) along with some components from UE4 that are translated to UE5. In theory, this sets Shrapnel up to be in the same category as other AAA games built on Unreal Engine — like Fortnite.

On the blockchain front, Shrapnel is using Avalanche — which allows for fast transaction throughput and also addresses some of the ecological concerns raised by detractors of Bitcoin and Ethereum, because Avalanche has lower energy consumption. Avalanche reports transaction times of under 2 seconds, compared to Ethereum transaction times being measured in minutes. Avalanche has a theoretical transaction volume of around 4,500 per second, compared to Ethereum in the 15 transactions per second range. There were other considerations in Shrapnel choosing Avalanche. Norbury explains, “It’s scalable and allows us to customize the VMs. We’re building it so we aren’t sharing block space with other dApps or games. If Fortnite has a good day, they aren’t taking Shrapnel down. It’s the noisy neighbor problem translated to blockchain.” The unshared block space is due to Avalance’s support for subnetting.

Shrapnel is also partnering with Anybrain to provide some security and anti-cheating technologies. The company is most known in the pro-gaming space for being able to detect when an account is being played by someone else. Additional protection for the game executable comes from Byfron, which provides anti-tampering technology for game developers to help prevent reverse engineering of games and discovering exploits; although this is basically an arms race, where the technologies are trying to stay one step ahead.

Other traditional components of FPS games, like leaderboards, will remain off chain. Given how quickly these can change, writing them to a blockchain after every match likely wouldn’t be efficient.

What’s Next for Shrapnel and Blockchain Games?

Shrapnel’s vision is ambitious. They have quite a few more milestones to hit before they ship their game. Every member of the studio team has worked on games that you might be familiar with even if you’re not a gamer, so the odds are in their favor to pull it off.

What interests me the most is if they can manage to build a creator framework that allows other developers to expand on what they built in new and creative ways, while keeping their vision for a FPS game fun. If they lead the way in encouraging other blockchain game developers to focus on the game first, it will definitely be a win for the industry as a whole.