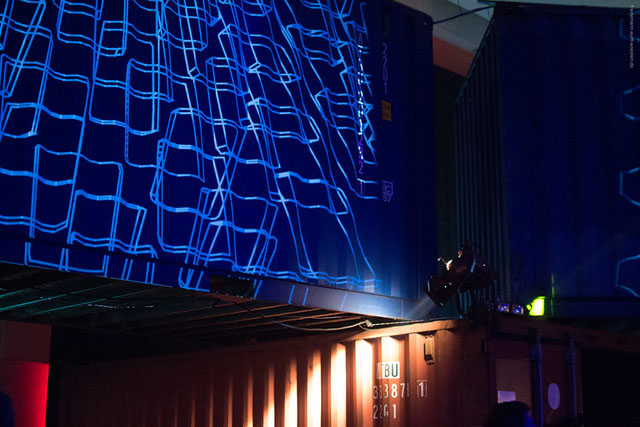 The ShuttleOps platform manages YAML files so the user doesn’t have to.

Between application development and production, there are an array of tools designed to help companies delivery software faster, though each tool requires time to get teams up to speed on them, not to mention the time spent tending the various artifact management, secret management, cloud, container, deployment and configuration management technologies.

“These are wonderful, great point solutions. But each one really cuts into ROI. That time to ROI is extended because of the knowledge gaps. And you have to have teams get on board and [there’s] a cost associated with attrition that’s being now magnified If you lose team members that are specialized in a particular stack,” said ShuttleOps CEO David Found. 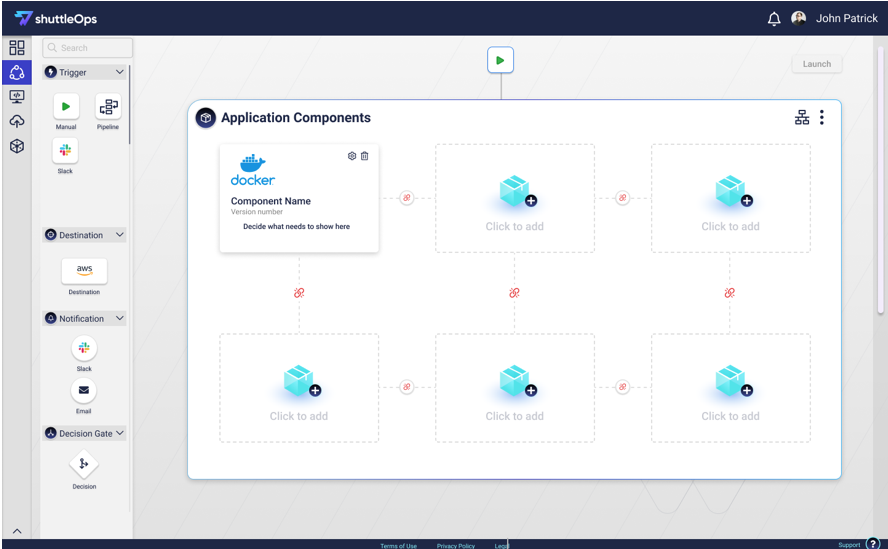 While many of the CI/CD tools also aim to provide the sort of end-to-end management as ShuttleOps, “they’re still staying within their very technical silo and still requiring a lot of either medium amount or a lot of code in order to achieve that,” according to Found.

The Toronto-based company released its no-code software-as-a-service CI/CD offering in May, at that time supporting only the packaging capabilities of Chef Habitat and with secrets management with HashiCorp Vault.

The initial release was basically a proof of concept, Found said, with the Docker and Kubernetes support the first of its plans for wide integration with other tools.

The ShuttleOps platform manages YAML files so the user doesn’t have to.

“One of the biggest pain points that almost all of our customers have voiced is due to the proliferation and the difficulty in managing YAML configuration files,” Found said. “Much of the expertise lies in a small group, or even sometimes just an individual because it requires deep expertise. And that’s simply lost during attrition.

“Because of this, as well as scaling across the enterprise is still very challenging, you have a much larger knowledge gap. … We want to simplify the build of Docker containers with things like push to master or pull requests directly from your source control system. We’re providing that YAML-free deployment experience from Docker container registries to Kubernetes clusters. We’re enabling the provisioning and configuration of namespace right in the UI. We’re supporting all of the core functionality our users expect out of Kubernetes, for example, rolling updates. We’re giving that visibility as well to the clusters, the applications and all the environments that are running.” 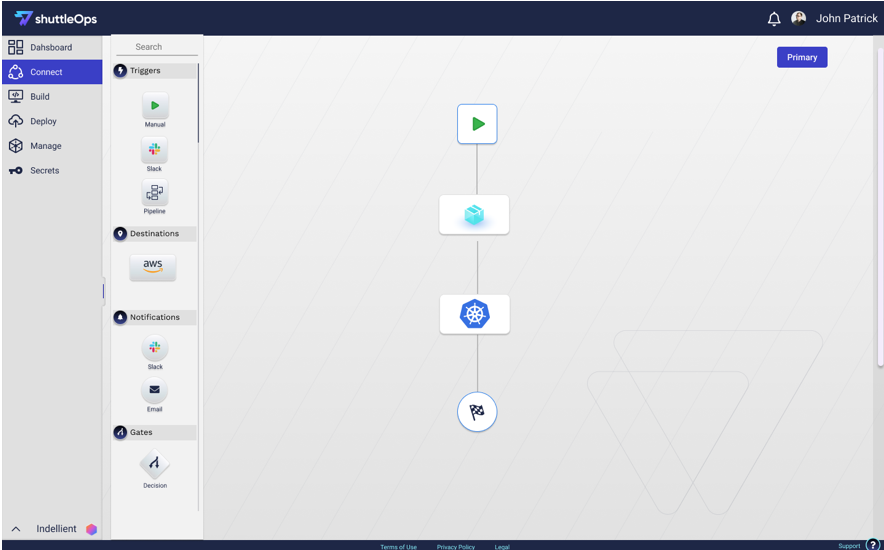 The ShuttleOps UI has four main tabs:  Connect, Build, Deploy and Manage. On the Connect tab, the user tap into a GitHub, GitLab or Bitbucket repository and also select a cloud environment such as AWS, Azure or GCP.

Using HashiCorp Vault, credentials can be stored and shared in a more secure way. Though access can be granted to other users, username/password or API access keys aren’t physically passed around, eliminating the issue of cut and paste.

On the Build tab, the core requirements are the source and the destination. In a Docker world, you’d just select the Docker file. It can run parallel builds for the same application or multiple applications seamlessly, Found said. It also allows the user to incorporate business processes, such as the schedule on a push event or whether you need notifications in Slack or email.

Under Deploy, you can manage Kubernetes on the various clouds. You can add tools such as Grafana and Prometheus to see metrics being collected on running instances within your environment. Using the Chef Habitat concept of called binds, you can link them together so they can talk to each other. And you can drill down into the various metrics to gain greater visibility into the health of each instance.

You can choose a Linux or Windows deployment, scale up the number of instances in a multinode cluster, as well as the size and volumes, etc. You also can manage the security rules and configure load balancers.

For users who want to use a script for provisioning, they can do that.

ShuttleOps partnered with Chef in its initial release, though it raises the question of why users wouldn’t just use Chef Habitat itself.

“Chef Habitat is a wonderful application framework, but there are some known complexities to using it,” said Found. “That’s been a challenge for adoption — trying to make sure that the users who are able to engage with Chef can unlock its full potential. Through our DevOps experience, our service engagements, we’ve unlocked that for very large organizations. And so by having that knowledge, packing it into this platform, you’re actually able to uncover and unlock those capabilities without really fully understanding what Chef Habitat can do for you under the hood.”

The New Stack analyst Lawrence Hecht reported that use of low- or no-code platforms is growing, though primarily with professional IT staffs. Only 3% of respondents in an OutSystems survey said that a no-code platform is used by business units with no intervention from IT.

In its market report on enterprise low-code application platforms, Gartner named OutSystems the leader, along with an array of vendors including Microsoft, Salesforce and Mendix.

“Achieving consistency in best practices across application and infrastructure teams can be complicated, due to the wide range of tools available, the prevalence of multicloud environments, and talent retention dynamics,” said Jim Mercer, research director, DevOps at IDC. “Platforms that help companies unify application development along with deployment and management workflows can lower the bar to engagement for a wider variety of skill sets and help organizations create stronger value in the marketplace.”

Amazon Web Services, GitLab and HashiCorp are sponsors of The New Stack.

Susan Hall is the Sponsor Editor for The New Stack. Her job is to help sponsors attain the widest readership possible for their contributed content. She has written for The New Stack since its early days, as well as sites...
Read more from Susan Hall
SHARE THIS STORY
RELATED STORIES
An Inside Look at What GitLab’s Web IDE Offers Developers GitHub Actions Were Vulnerable to Rust Artifact Poisoning Building a To-Do App using GitHub Actions, Playwright, Next.js Kubescape: A CNCF Sandbox Platform for All Kubernetes Security 8 GitHub Actions for Setting Up Your CI/CD Pipelines
TNS owner Insight Partners is an investor in: The New Stack, Docker.
SHARE THIS STORY
RELATED STORIES
CircleCI to Customers: Change All Secrets and API Tokens NOW! 8 GitHub Actions for Setting Up Your CI/CD Pipelines Coherence Strives to Streamline Cloud Developer Experience Interest Growing in Dart and Flutter for Mobile Engineering Best Practices of CI Pipelines
THE NEW STACK UPDATE A newsletter digest of the week’s most important stories & analyses.
The New stack does not sell your information or share it with unaffiliated third parties. By continuing, you agree to our Terms of Use and Privacy Policy.