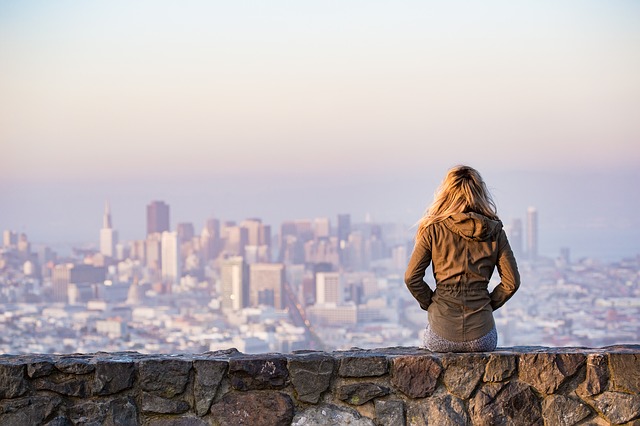 With dazzling omniscience, Cary McClelland’s “Silicon City: San Francisco in the Long Shadow of the Valley,” delivers the voices of the people, each one sharing their own understanding of the city, like an oral history of the present.

It’s complex, compelling, and its upcoming publication on Oct. 9 feels like a cultural event. In his reporting, McClelland took on a remarkable odyssey through San Francisco, conducting more than 150 interviews. He gathered together all their voices into an ad hoc conversation with a message for our modern times, a book which describes “a city inventing a new future.”

But hanging over the book is one very important question. Can San Francisco keep its identity even as Silicon Valley money threatens to drive out the rich diversity that has always been the heart of the city? “If an area that combines talent, heart, and money can’t find a solution — then who can?”

The book is panoramic, complex — and surprisingly well-balanced. Legendary Silicon Valley marketer Regis McKenna speaks fondly of the days when young Steve Wozniak and Steve Jobs were dropping into his office. A U. C. Berkeley student concedes that while she’d like to do “the agent-of-change thing,” she’s worried about disappointing her family, adding that “There is such pressure on campus, and in the area, to join tech.”

The book includes an antique arcade operator who insists that “Tech is a fad that will wear out… So let them play with their new toys, let them get old and boring.” There’s Lyman Hollins, a longshoreman who says the local black church is now fielding noise complaints from recent transplants. Bill Fisher runs the pawn shop business he inherited from his father — with his own son working the counter at their store in the Mission, and sometimes even his grandson — and says his heart goes out to the families “getting kicked out by landlords.”

But despite the challenges facing San Francisco, many people interviewed in “Silicon City” remain surprisingly hopeful. Idexa, a German-born tattoo artist who’d hitchhiked to the city from Los Angeles as a teenager, says despite the new displacements happening today, “It’s also beautiful. There’s been a lot of money put into the neighborhood and into the buildings. Buildings that would have fallen apart have been renovated. Oh, it’s the end of the world soon. We’re not the first generation who thinks that.” 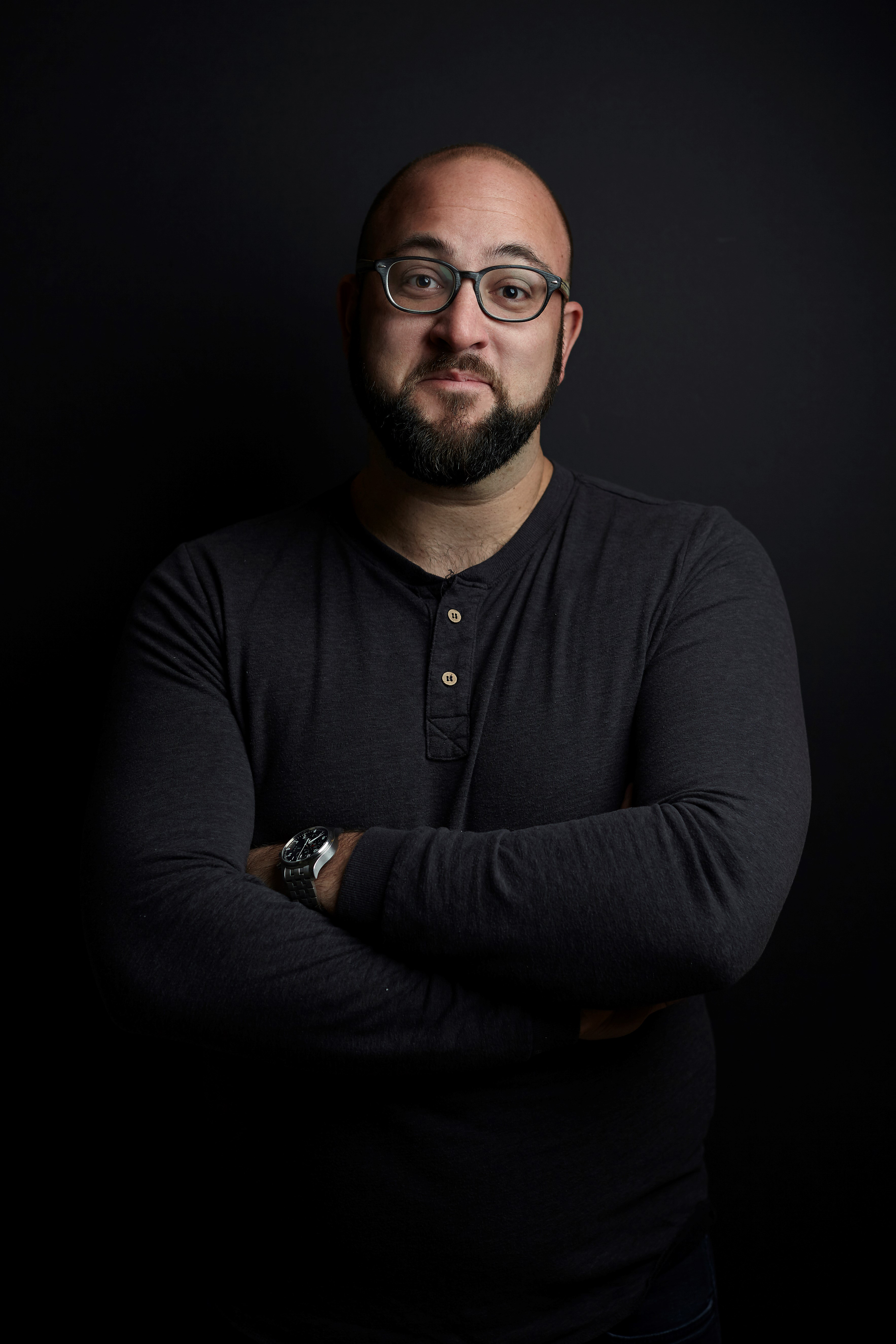 It’s an almost poetic picture of San Francisco that proves the world isn’t as simple — or as discouraging — as it’s often made out to be, and the book’s passionate purpose seems to spontaneously find its way into the words of each interview subject.

“Until you’re standing in front of someone and listening to them with your own ears, you’re never going to understand them,” says a survivor of one of California’s recent wildfires.

So McClelland listens, writing in his introduction that “the book asks us to hear the region speak in chorus.”

He’s directed a documentary (and two shorts) about Pakistan. and there seems to be a common theme — that showing a culture and giving it a voice is the first step to addressing a problem.

We interviewed him Thursday just days before his book’s long-awaited release.

This book is almost a documentary without film.

That’s how I view it. You can do at-scale with a book and a tape recorder a lot more than I was ever able to do in film. And you’re not setting up a monster in their living room that’s going to stare at them and scrutinize everything that you’re saying. So there’s a way the conversation felt more organic and closer. More like friends and family speaking to each other than what it often felt like in some moments of camera interviews.

Kirkus Reviews called your book “firmly in the Studs Terkel tradition of first-person-based explorations of working-class life” and “a solid contribution to popular urban studies.” Did you feel Studs Terkel looming over you as you put together the book?

He’s a hero, and I’ll never be able to do what he did. But he — if I could take any guidance from him, its the idea that you plant yourself someplace, and listen. And find a way to make the act of listening effective towards rendering a world that’s more richly understood than when you began.

Much of your family (including your parents) lived their lives in California, and you’d spent a lot of time in the Bay Area growing up, returning for graduate education at Stanford. But what was it that made you want to write this book? What ultimately lit the spark?

I’ve always for most of my life been a storyteller of some kind. In high school that took the form of writing fiction and being an actor, in college that took the form of writing plays and being a director. When I left college, I very much had the intention of becoming a theater director and a film director. The goal was to surface important rights abuses by making sure that people could feel connected to those stories in real time through video or other forms of storytelling. There’s a point at which you also want to do work beyond that.

You’d met your wife in San Francisco. Did that have an influence on your book?

I think in many ways our marriage helped to ground the book continually in the emotional experience of people’s lives, and grounding our interviews — very personal and intimate reflections on their personal experience. The goal of the book is to reflect people’s subjective perspective, their experience — lived, visceral, emotional, intimate. The living-room experience…

I think what’s useful about looking at San Francisco right now is that we’re able to watch in real time this change occurring at lightning speed. And we’re watching it occur amidst what is arguably the great economic engine of the time benefiting so many. Hopefully, readers outside of San Francisco who come across this book are going to see the way it echoes characters and stories and experiences in their own lives around them and motivates an equal act of introspection and engagement that’s necessary in New York and Seattle and Chicago and Los Angeles.

What did you see when you started interviewing people?

There’s a simple impulse of arriving in a city where almost immediately you saw the prevailing narrative was becoming more of a tale of two cities: an infinite future for those in tech that had embraced all the best of what San Francisco had embodied for a century and a half or two centuries, and the many communities who felt as if the San Francisco they had fought to build no longer had space for them.

It was also clear that the two cities were more complicated than they were often imagined in people’s minds. I don’t believe San Francisco is experiencing something that can easily be drawn into a tech dichotomy. The economic and social forces are grinding everybody into a corner where they feel they have nowhere to move. And I think the goal of the book is to help us see that everybody, whether you are sitting at the top of tech, whether you are grinding it out as a programmer, whether you’re innovating the technology of the future, whether you’re driving a cab or teaching in schools, lived there for decades or just arrived — you see the problem.

And everybody is trying to find a way to contribute. The goal of the book is to show everybody in a common struggle together, but often with blindness to how interconnected their experience really is.

What would you say to potential readers of your book?

As much as it’s a dive into the depths of the problems that are so central to San Francisco and the Bay Area’s questions right now, there’s also a real love letter to the city.

What I always heard and heard, in every interview, is everybody cares passionately about this city. They moved to San Francisco or their family moved to San Francisco once upon a time. Very few people are from there. Most people have a story or their parents or grandparents have a story about how they came there, and that story, whatever that story is, is hugely aligned. The story you hear is when they arrive is, they see an infinite horizon to explore and conquer.

I think of one of the people, Karen Cusolito, the artist who comes to the Bay Area and tells the story of standing on a cliff overlooking the Pacific Ocean for the first time, and realizing that there were landscapes there that were bigger than anything she’d ever seen before, that she could breathe air that felt cleaner and purer than any air she’d breathed before. I think that’s something we’ve all experienced. And so hopefully that gives us a lot to try to preserve, and make possible for others.

What did you learn from the project?

The challenge of being in the role of an oral historian is your job is to listen carefully and to render people’s perspectives as clearly and powerfully as you can. And so there’s an arrogance I’ve been conscious to avoid in this project of trying to map my idea of ideal solutions onto a problem this large and complicated. The problems of the book are the problems of America and the problems of massive wealth, changing ideas of work, family, and permanence, changing ideas of legitimacy and dignity — with all that in the soup, in the mix, no single book is going to be able to crystallize a prescription to cure what’s going on.

What I do see as the contribution and the hope not just of the book but of the voices I heard, is an eagerness for the city to retain its ability to be a place that makes possible the most necessary idea of justice and opportunity that the country has to offer. There are stories that reflect that for me. A couple who take in an immigrant family in order to legitimize their status in America and make possible a life for them in San Francisco. Not only does that story feel sort of quintessentially San Francisco in a lot of ways. It also shows how to move forward. That spirit is, if anything, what I hope this book inspires in others… From there I think we can begin to measure the size of the problem and talk together about how to build at the scale that we really need to bring to make any real change.