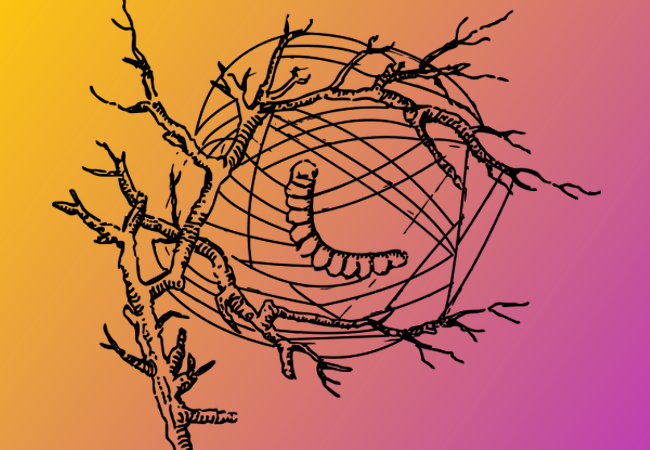 Building a bullet-proof encryption system isn’t easy. A major component of all classic cryptographic systems is random numbers. But how random is random? All too often random-number generators are fatally flawed. Some run out of entropy, such as billions — that wasn’t a typo — billions of insecure Internet of Things (IoT) devices. Others, such as 2008’s infamous Debian Linux OpenSSL failure, owe their origin to really sloppy programming. And let’s not forget that the NSA used to routinely weaken commercial cryptography by playing random number games. So, why not improve your encryption with random number generators based on silkworms?

Here’s how it works. Researchers at South Korea’s Gwangju Institute of Science and Technology (GIST) took natural silk fibers from domesticated silkworms. They used this silk to build “sustainable and environmentally-friendly security solutions.” They claim that it’s “practically unbreachable.”

Well, silk is very tough, albeit even spider silk isn’t as strong as steel, but unbreachable?

Here’s why they say this. This first natural “physical unclonable function (PUF) for environmentally friendly digital security takes advantage of the diffraction of light through natural microholes in native silk to create a secure and unique digital key.”

The silk from Bombyx Mori, aka the domesticated silkworm, is filled with microscopic irregularities. Your silk scarf may feel as smooth as fabric can ever be, but its raw form is far rougher.

To generate random numbers from it, Professor Young Min Song, senior author of the study, explained, “When a beam of light hits the disordered silk fibers of an optimal density, it causes light diffraction. The nanostructures in individual microfibers enhance the contrast of light intensity with respect to the background. The diffracted light is then captured by an image sensor. Since the pattern of the microholes is naturally-made, it is unique, giving rise to a unique pattern of light.”

This is done with a device using a light-reflecting mirror and three tricolor light-emitting diodes The captured light patterns are then converted into a digital format. The researchers claim that “The results were astounding: the average time required to ‘fake’ the authentication was approximately 5×1041 years, thus making the LOP-PUF module a practically unbreachable device.”

Anytime I hear “unbreachable,” my first thought is “You hope,” followed by “For now.” But that said, this sounds effective. In addition, the equipment needed to generate random numbers from silk is low-cost, portable, eco-friendly, and doesn’t require pre- or post-processing. In other words, this could be an inexpensive, reliable way to generate true random numbers for encrypting your messages.

Cloudflare uses lava lamps, aka LavaRand, to generate random numbers for its encryption. Cloudflare’s not the only one that use what may at first sound like crazy ways to come up with random numbers. For example, Random.org uses radios that detect lightning strikes around the world for its randomness source. So, while silkworms are certainly… different, they’re far from the only odd methods used to create truly random numbers.

SHARE THIS STORY
RELATED STORIES
Pinterest: Turbocharge Android Video with These Simple Steps 4 Supply Chain Security Threats and How to Handle Them How Prescient Devices Uses Time Series Data for IoT Automation Spotify: Bigger the Codebase, the More Challenging the Migration What Is Mobile Edge Computing?
SHARE THIS STORY
RELATED STORIES
9 Supply Chain Security Best Practices Performance Measured: How Good Is Your WebAssembly? Why the Edge for Applications Is a Trend Heading into 2023 7 Edge Computing Uses You Should Know Edge Computing vs. Cloud Computing
THE NEW STACK UPDATE A newsletter digest of the week’s most important stories & analyses.
The New stack does not sell your information or share it with unaffiliated third parties. By continuing, you agree to our Terms of Use and Privacy Policy.