Iter8’s command-line interface makes it simple and easy to set up load tests and visual reports for HTTP services with SLO specifications.
Feb 9th, 2022 10:27am by Srinivasan Parthasarathy 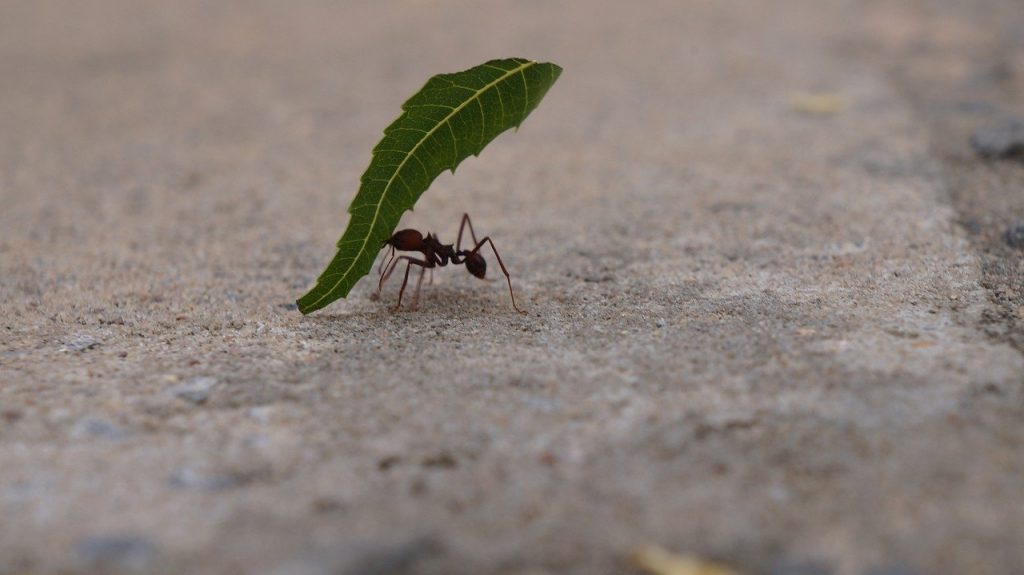 Load testing is an essential building block in the continuous integration and delivery (CI/CD) of HTTP services. During a load test, a stream of HTTP requests is sent to the target service and responses are evaluated for error and latency-related violations. From a developer’s perspective, setting up a load test involves three key dimensions — namely, i) the load-related characteristics of the request stream, such as the request rate; ii) the shape of the requests, in particular, whether the HTTP endpoint requires a payload to be sent as part of its requests; and iii) the service-level objectives (SLOs) used to validate the quality of the target service.

This article shows how you can use Iter8, the open source Kubernetes-friendly release engineering platform, to flexibly set up a load test with precise control over all of the above, within seconds.

Iter8’s command-line interface (CLI) makes it simple and easy to set up load tests for HTTP services with SLO specifications, verify that the target service meets the SLOs, and create a visual report of the load test as shown below. 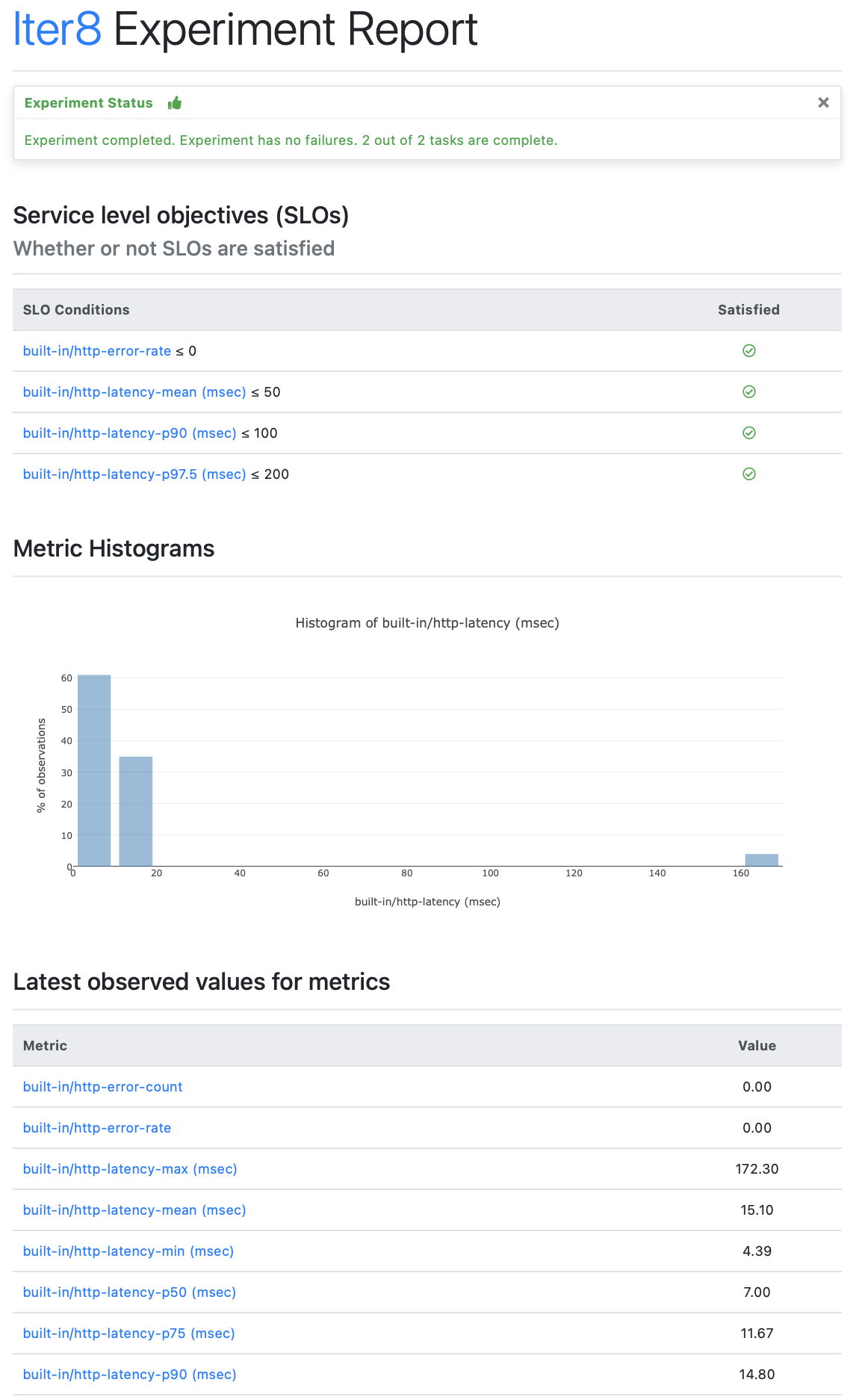 Precompiled Iter8 binaries for many platforms are available here. Uncompress the iter8-X-Y.tar.gz archive for your platform, and move the iter8 binary to any folder in your PATH.

You can now run iter8 from your gopath bin/ directory.

2. We will use httpbin as the target service. Run it in a separate terminal as follows.

Iter8 provides a predefined and highly customizable experiment chart for load testing. Similar to a Helm chart, Iter8’s experiment charts can be combined with values to create fully specified experiments that can be run by Iter8.

The sample app (httpbin) implements an HTTP endpoint http://127.0.0.1/get that accepts HTTP GET requests. The following example shows how to run the load test for this endpoint.

The above command sends a steady stream of HTTP GET requests to the specified URL and built-in error and latency-related metrics. By default, the following metrics are collected: error-count, error-rate, latency-mean, latency-max, latency-stddev, latency-min and latency percentiles in the list [50.0, 75.0, 90.0, 95.0, 99.0, 99.9]. In addition, any other latency percentiles that are specified as part of SLOs are also collected. In the above example:

You can use the iter8 assert subcommand to assert that the experiment completed without any failures and all the SLOs are satisfied (as follows).

Part 3: Shape of the Requests

HTTP services with POST endpoints may accept payloads as part of requests. Iter8 makes it easy to send various types of content as payload during the load test.

In the following example, Iter8 downloads a JSON object and uses the downloaded JSON as the payload in POST requests; the type of payload is set to “application/json”.

In the following example, Iter8 downloads an image from Pixabay and uses the downloaded image as the payload in POST requests; the type of payload is set to “image/jpeg”.

In the following example, the payload is not downloaded from a URL but is directly supplied as a string:

Iter8’s load test http experiment chart and its simple CLI enable you to rapidly set up load experiments and validate HTTP services. The experiments can be ad hoc, i.e., run on the command line manually. They are also scriptable and can be embedded easily into CI/CD/GitOps pipelines for greater automation, with the outcome of the iter8 assert command influencing the execution of the pipeline.

Complete documentation for Iter8 is available.