In a chat recorded at KubeCon EU, a trio of experts from Spot.io by NetApp, the podcast episode's sponsor, unpacked some of the K8s challenges automation is solving.
Jun 1st, 2022 1:39pm by Heather Joslyn 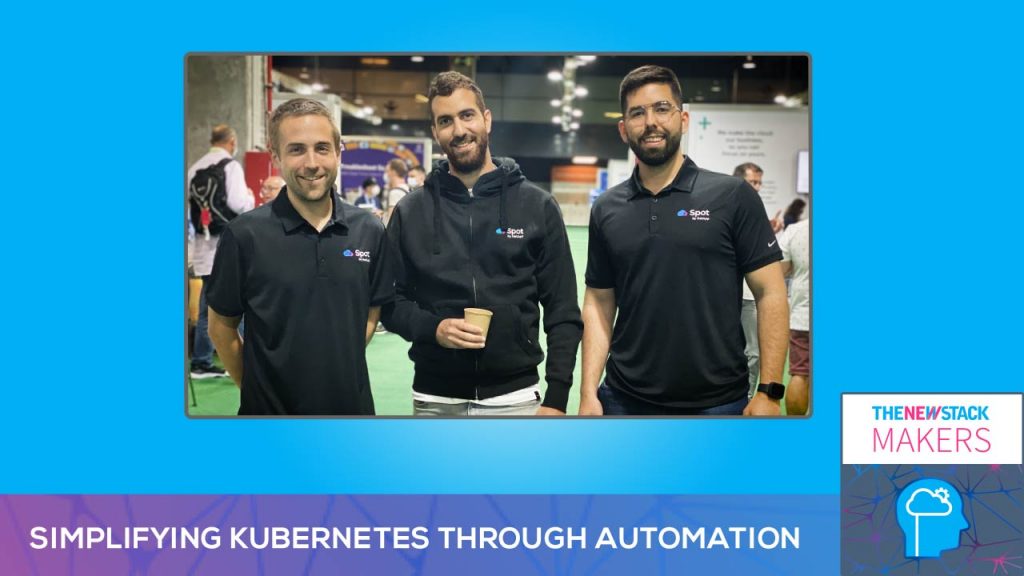 TNS Annual Reader Survey
We need your input! Take 5 minutes to chime in and help guide our coverage.
Begin the survey
NetApp sponsored this post.

VALENCIA — Managing the cloud virtual machines (VMs) your containers run on. Running data-intensive workloads. Scaling services in response to spikes in traffic — but doing so in a way that doesn’t jack up your organization’s cloud spend. Kubernetes (K8s) seems so easy at the beginning, but it brings challenges that rachet up the complexity as you go.

The cloud native ecosystem is filling up with tools aimed at making these challenges easier on developers, data scientists and Ops engineers. Increasingly, automation is the secret sauce helping teams and their companies work faster, safer and more productively.

In this special On the Road edition of The New Stack Makers podcast recorded at KubeCon + CloudNativeCon EU, we unpacked some of the ways automation helps simplify Kubernetes. We were joined by a trio of guests from Spot.io by NetApp: Jean-Yves “JY” Stephan, senior product manager for Ocean for Apache Spark, along with Gilad Shahar, ​and Yarin Pinyan — product manager and product architect, respectively, for Spot.io.

Until recently, Stephan noted, Apache Spark, the open source, unified analytics engine for large-scale data processing, couldn’t be deployed on K8s. “So all these regular software engineers were getting the cool technology with Kubernetes, cloud native solutions,” he said. “And the big data engineers, they were stuck with technologies from 10 years ago.”

Spot.io, he said, lets Apache Spark run atop Kubernetes: “It’s a lot more developer-friendly, it’s a lot more flexible and it can also be more cost-effective.”

The company’s Ocean CD, expected to be generally available in August, is aimed at solving another Kubernetes problem, said Pinyan: canary deployments.

Previously, if you were running normal VMs, without Kubernetes, it was pretty easy to do canary deployments because you had to scale up a VM and then see if the new version worked fine on it, and then gradually scale the others,” he said. “In Kubernetes, it’s pretty complex, because you have to deal with many pods and deployments.”

In enterprises, where DevOps and SRE team members are likely serving multitudes of developers, automating as much toil as possible for devs is essential, said Shahar. For instance, Spot.io’s tools allow users to “break the configuration into parts,” he said, which can task developers with whatever percentage of responsibility for the config that is deemed best for their use case.

“We try to design our solutions in a way that will allow the DevOps [team] to set things once and basically provide pre-baked solutions for the developers,” he said. “Because the developer, at the end of the day, knows best what their application will require.”