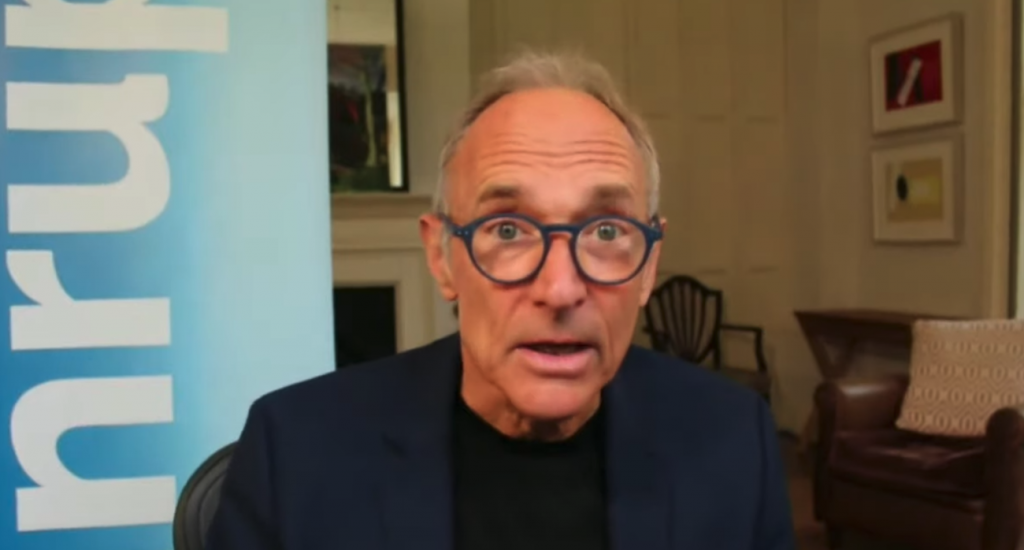 When physicist Sir Tim Berners-Lee was developing what we know today as the World Wide Web, he was looking to overcome collaboration hurdles: “Inefficiency through incompatibility and lack of interoperability.”

As he said during his keynote at this year’s virtual WeAreDevelopers World Congress, he looked at the internet as an opportunity for “global, distributed creativity” that is universal and “independent of languages or type of document, independent of culture, independent of disability or ability.”

There’s no doubt his HTML protocol has taken big steps toward all those things, by providing a common base upon which folks around the world can communicate and collaborate. But there’s still a long way to go. The internet has seen rise to massive data silos that have enabled tech giants to become de facto surveillance platforms that monopolize innovation. There’s massive friction between big tech and governments as we approach data privacy issues at an unimaginable scale. And society is still experiencing an ever-deepening digital divide, as those without easy Internet access continue to fall behind.

So how can we continue in this path toward interoperability and efficiency, but in a way that gives individuals back control over their own data, and brings more people on board? In his talk, Sir Berners-Lee presented his vision of the next stage of open source data processing and how you, yes you, can leverage it to make secure data transfers on your own terms.

Solid Protocol: Why You May Want to Become a Pod Person

With this in mind, he collaborated on the Solid open source protocol. Solid was published at the end of 2020, and shares in the web’s aims of “empowerment towards an equitable, informed and interconnected society.”

Solid provides document architecture to be interoperable in a “simple, consistent system” that breaks down data silos.

Right now the organizations that have to use your data are the same ones that are in charge of storing that data. It’s an expensive and risk-laden process — and often not even useful to the business. If you’re an online shoe store, you want an app to sell shoes, but do you actually need the GDPR-filled rigmarole of paying to store buyers’ shoe sizes and bank details?

Solid looks to separate the apps from the data. It’s based around your personal online datastore or pod. The Solid specification lets you store your data securely in a decentralized datastore, like a secure personal web server or personal cloud storage for your data. You can have one pod or you could have different pods for financial and medical data. Then you control which apps and individuals may have access to a specific bit of data within your pod, which you can revoke at any given time.

“Some say [Solid] is turning the world of data upside down. I say, isn’t it it more flipping it the right way up?” — Sir Tim Berners-Lee

Imagine if you could give the same complete medical history to every medical, insurance and pharmaceutical provider you interact with? It wouldn’t just ease frustration and communication, it could catch bad drug interactions or AI could be applied to track patterns for early disease detection.

Berners-Lee also envisions where you can decide to contribute your data to certain projects and research including machine learning training. Or maybe you want to share a pod of your musical preferences with similar fans to discover new music. It could be used to create a more complex financial profile that could help bank the unbanked. The ideas can be limitless, so long as they are grounded in the individual’s right to choose.

Currently, you can sign up to get a pod hosted in the U.S., the UK, or Germany, or you can self-host from anywhere. Once you have a pod, you can then access Solid apps, which range from social to administrative to fun like rating beers and movies. Or you can build your own.

How the Solid Protocol Helps the User

The purpose of Solid is not only to give users control of their data, but to create new business models and markets built on that trust. As a developer, it’s also designed to simplify the process of building and updating an application.

Berners-Lee explained that if you’re an app developer, you start by thinking about the frontend design of a traditional server-based web app, written in HTML, and JavaScript. You build a backend with a web server that stores the business logic in data. Then the backend talks to the front through a custom server API.

In Solid, all users have a universal API that handles and all the backend data, Berners-Lee said. The pod control — which controls who can see which data — can change in real-time. As a developer, your user’s pod can provide the essential information beyond the usual region and device type. With their permission, you get access to their preferences, like languages, pronouns, and accessibility criteria.

“So you can write your app just the frontend. And then you can let people pick up that app and add it to their pods.” Berners-Lee further explained that “It’s an app that stands by itself. People can just pass around,” so long as it remains open source. “And then the Solid apps can spread as separate markets from the Solid pods.”

We Need More Control Over Our Own Data

The idea for Solid came to Berners-Lee a couple years ago. He had to get an x-ray done on his hand, and he asked for a copy of the record. That sent him to the hospital basement where he was given a hard disk with the files. It had data in a format he didn’t recognize and instructions to download a Windows program. Already some security and privacy red flags if he has to download the unknown. Also he had a Mac.

Then, once he could finally access his x-rays, he wanted to put them in a medical folder that he could share as he wanted, with his GP or perhaps his colleagues to explain why he was missing work that day. Maybe he wanted to share it on his socials, but then he’d have to take the time to upload the high-res file to each one.

This lack of interoperability, Berners-Lee said, “costs money, time, and, in the medical areas, lives.”

We’ve all wasted precious time filling out the universal doctor’s office clipboard with the same info we’re always filling out. Berners-Lee started to think there has to be a more efficient way, asking: “Wouldn’t it be great if all our data was interoperable and actually worked for us?”

Because right now, our data is usually working for someone or something else. And we have less and less insight into how it’s being used. Like with CCTV, we aren’t always even consenting to its use. We may be the person the data is about, but we are moving farther from actually owning it.

“It doesn’t take a visionary to imagine that our own data is better to be controlled by us,” Berners-Lee said, like wouldn’t it be great to have all of our bank details securely in one place that we control?

“So much of our lives are lived online anymore. And the barrier between our online and offline world is getting smaller. Imagine if we could see all of our data online, all of the data from all the apps that we collaborate into. If we could see all that data, we would have access to understand so much about ourselves.”

And we would finally understand our online footprint.

The next step for Solid is building the Solid ecosystem.

Unsurprisingly, there’s a big uptick in the creation of decentralized social networks built on Solid, across a wide range of industries.

“If you’re a company where you make apps but you don’t really worry about where data is stored, you fit well,” Berners-Lee said.

Already, five different governments developing pod pilots for their citizen services. Berners-Lee sees a lot of early demand in retail, where they can often have access to a lot of information about their customers. As a travel agent, you could see the photographs of previous trips taken and run AI to make good decisions about what travelers would like to do for the future.

This isn’t going to be an overnight change. It will take a lot of buy-in, including from those data-backed tech giants. Berners-Lee doesn’t even think they necessarily need to change. People just need alternatives.

“We can build Solid bit by bit. We don’t need anybody else to change,” he said.