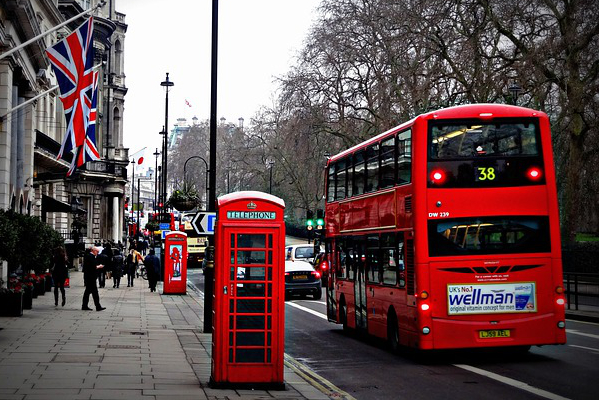 Containers may be getting smaller and smaller, but they are filled with lessons to learn.

Adnan Adulhussein, software developer at Bitnami, shared with the crowd at a recent Docker London Meetup the lessons he learned over three years of containerization. During this time Bitnami, which is known for packaged applications in the cloud for any platform, went from no Docker containers to an entire container app library of more than 70 container-based apps.

Bitnami has automated most of the build > deploy > maintain pipeline applications for containers, clouds, virtual machines or bare metal, he said. But by mid-2014, around the time when Adulhussein joined Bitnami, “We had this huge container Docker file where we crammed everything in it. It was like a VM. We also developed an internal tool for managing this huge container.”

He said that adapting to the container mindset was hard and container documentation at the time was very poor. This was when the ops team realized they were doing containers wrong, but they decided to stay the course and see if they could improve.

A year later, they released the first set of eight runtime and infrastructure Bitnami images to the public. Each was:

A bit later they started experimenting with all-in-one images like WordPress, Drupal and other simple PHP apps.

They applied the agile iterative approach to containerization, evolving their strategy as needed, like seeing how it responded to s6-Overlay for multi-process supervision.

Here are some of the lessons the Bitnami team learned along the way:

#1: One Task per Container

Sometimes when containerizing your work, you end up compartmentalizing too much. You go too far in breaking down everything into tiny tasks which often makes for more containers than you can handle or make secure. On the other hand, it can be easy for developers to get into the habit of shoving a lot of stuff into each container. You can’t forget that this light, stand-alone, executable piece of software only needs — according to Docker — code, runtime, system tools, system libraries and settings. The freedom of containers for developers to release early and often can sometimes get stuck in old habits of releasing larger than necessary.

Adulhussein said you need to look for logical points to break code up, often focusing on tasks, something he says the Docker documentation has now changed to recommend. This forces developers to think about the code in a more holistic way that you then break up into tasks.

“Like how Unix does one job and does it really well — same thing for Docker containers,” he said, offering the example of “Where it does make sense to split containers, when you have a Web server and a database, you want to scale out separately.”

This is how Bitnami created multi-container apps, like splitting the database containers from the app containers.

#2: Overcome the Lack of Out-of-the-Box Options

Starting in mid-2016, Bitnami took what it was doing with its own containers and created development containers, containerizing popular frameworks like Rails and Eclipse. Adulhussein says they went this route because most of the apps that they work with aren’t scalable out of the box because:

Through Bitnami, the container entrypoints are in the Dockerfile. This runs on the container startup and receives the container’s command (CMD) as arguments, typically used to start a

He says you could choose a runtime binary to be the image entry point:

#4: Heed the Importance of Init Systems

For about two years now, the container community has realized that you can run lightweight containers without initialization or init systems. However, skipping this can lead to an incorrect handling of processes and signals, which can lead to leaking containers or those that can’t be easily stopped. Bitnami applies Yelp’s dumb-init for simple init systems for containers.

#5: Optimize Images to be Smaller

“Things like Alpine and Busybox are really useful containers with really, really small images,” he pointed out, as they are each about 5MB.  He also offered Bitnami’s open source Minideb, released toward the end of 2016, as a larger 50MB alternative.

He said “having a familiar package manager with a large library is a good alternative if you can’t be compatible with Alpine.”

He continued that files can have read-write-execute permissions for the root group, and that the services bind to non-privileged ports. However, he warned you can get a weird “have no name” message if it’s executed wrong.

Bitnami is working to optimize Docker images by rolling out non-privileged and multi-stage builds to all apps. They are also adding to the Bitnami documentation and tutorials, and they are experimenting with Bazel container builds and how those can benefit a CI/CD platform (continuous integration and continuous delivery) by running container clusters. Finally, he said Bitnami is also working on some tools for Kubernetes, including Helm package manager and Kubeless native serverless framework.

Jennifer Riggins is a culture side of tech storyteller, journalist, writer, and event and podcast host, helping to share the stories where culture and technology collide and to translate the impact of the tech we are building. Currently in London,...
Read more from Jennifer Riggins
SHARE THIS STORY
RELATED STORIES
What’s the Future of Feature Management? Kubernetes Just Has to Get Easier for Developers The Missing Part of GitHub Actions Workflows: Monitoring What Good Security Looks Like in a Cloudy World The Future Stack of Code Review
TNS owner Insight Partners is an investor in: Docker.
SHARE THIS STORY
RELATED STORIES
PurpleUrchin: GitHub Actions Hijacked for Crypto Mining What’s the Future of Feature Management? Terraform Cloud Now Offers Less Code — and No Code — Options Does the GitOps Emperor Have No Clothes? A Look at Slack's New GitOps-Based Build Platform
THE NEW STACK UPDATE A newsletter digest of the week’s most important stories & analyses.
The New stack does not sell your information or share it with unaffiliated third parties. By continuing, you agree to our Terms of Use and Privacy Policy.