This Smart Self-Driving Robot Follows You, Carries Your Stuff 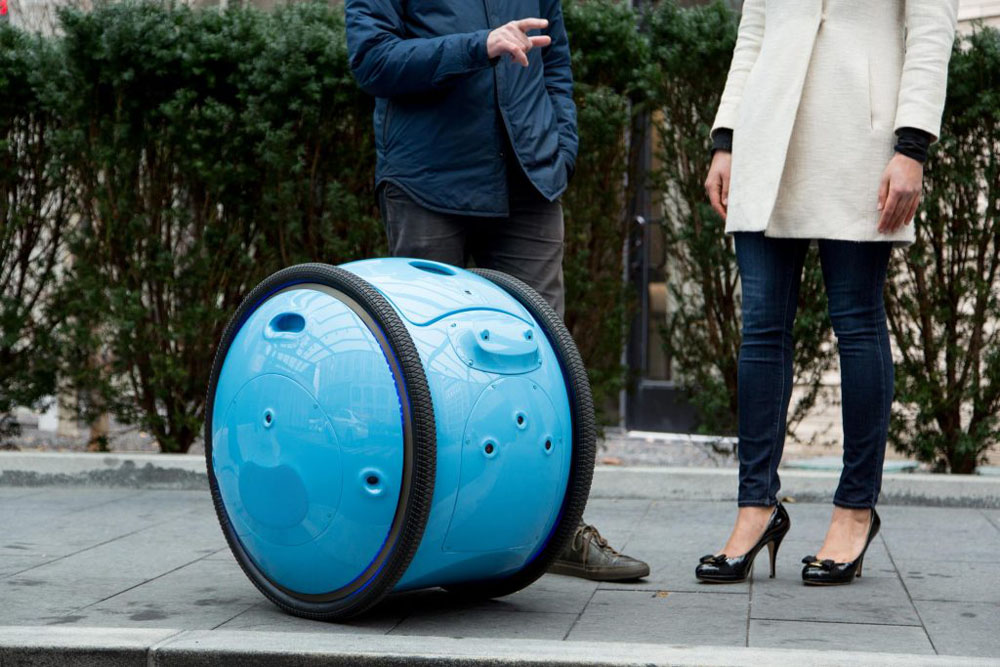 Slowly but surely, the idea of robots becoming a part of our everyday lives is gaining wider acceptance — from smaller, dust-busting robots for the home, to collaborative robots working alongside humans in the office, to delivery robots roaming the sidewalks dispensing groceries or medications ordered online.

Personal cargo-carrying robots may become a staple of our lives too, if Italian mobility company Piaggio has its way. Best known for its stylish Vespa scooter — a cultural icon in its own right — the company is now setting its sights on breaking into the autonomous vehicle industry with Gita, a self-driving smart robot designed to lug your stuff around.

The brainchild of Piaggio Fast Forward, the group’s new technology and design arm, Gita (pronounced “jee-ta” and coming from the Italian word for “short trip”) resembles something like a round bucket laid on its side. It measures 26 inches tall and is capable of carrying up to 40 pounds at a maximum speed of 21 miles per hour — or about as fast as a human can run. Underneath its brightly colored carbon-fiber exterior, it hides a digital fingerprint-locked storage compartment where one can stuff groceries or other heavy things that need to be carried over long walking distances. 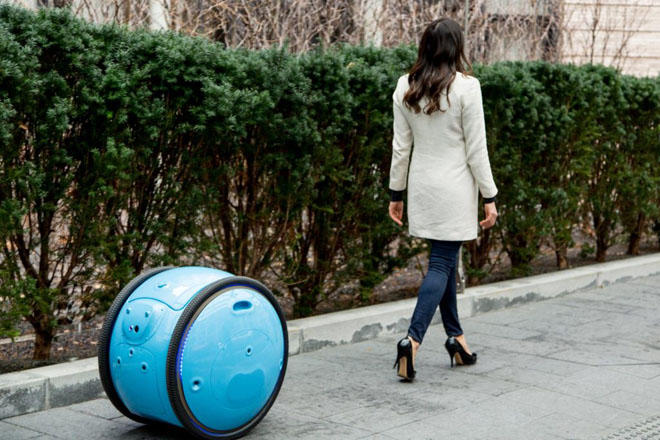 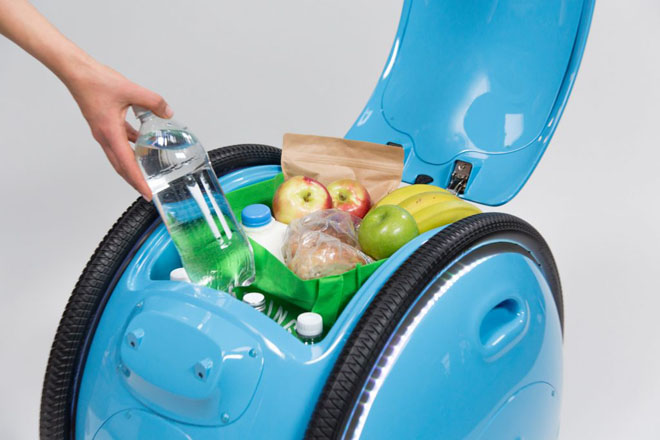 A Vespa for Your Stuff

In a nod to the enduring success of the Vespa as an effective mode of transportation in tight urban quarters, Gita is an autonomous vehicle that’s not quite the size of a car, yet throws more heft than an aerial drone, and one that can be trained to navigating complex urban spaces by following a human guide (ie. you) around.

It’s powered by a long-lasting rechargeable battery, and its 360-degree camera and two large wheels permit it to map and move over all kinds of urban terrains with ease, whether it’s sidewalks, wheelchair ramps or even indoors. Gita can be instructed to follow you, or show up at a pre-determined location by itself or in a convoy of other Gitas. According to the company, Gita has been engineered like a “high-performance motorcycle,” with the same capabilities for braking, balancing and safety, along with an incredibly nimble turning radius of zero. 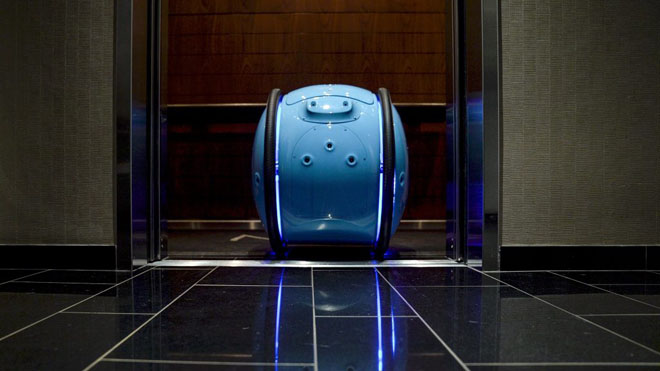 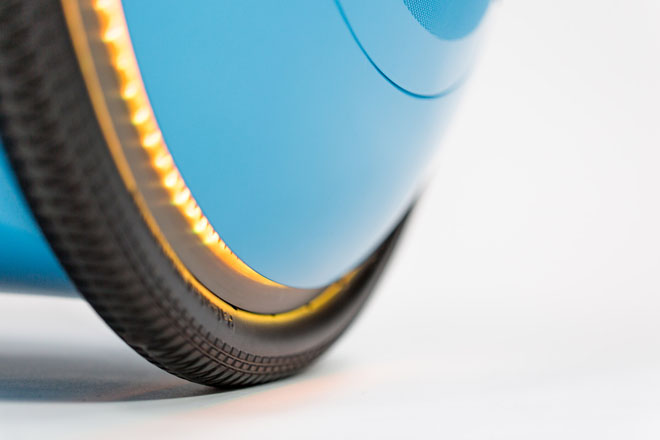 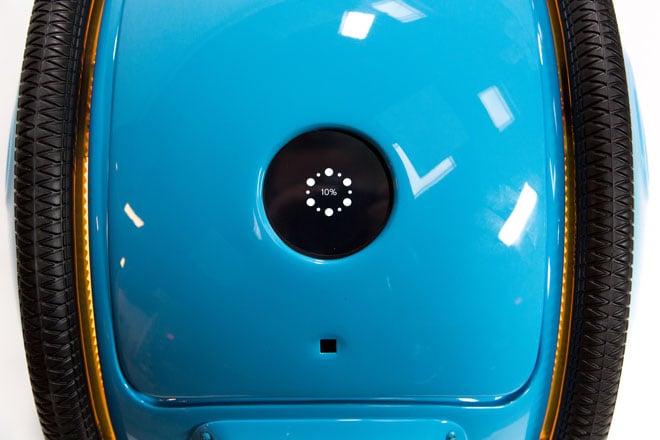 “It’s a land drone, it’s a cargo bot, it’s a sherpa, and it’s a smart device that learns its environments and maps them as it travels them, with human guidance,” explained Piaggio Fast Forward chief executive officer Jeffrey Schnapp in a set of promotional material.

Gita is also conceived of as a robot with an “approachable and communicative” personality. It bristles with an array of lights and sounds, and sports a touchscreen interface for ease of interactive control.

But unlike other devices on the market, Gita won’t save you from the task of walking. The idea here is to enhance human autonomy by creating a robot “companion” that will roll along with you as you walk — a pairing of human and robot that’s made possible through the use of an electronic white tool belt wearable that wirelessly connects the user with Gita. 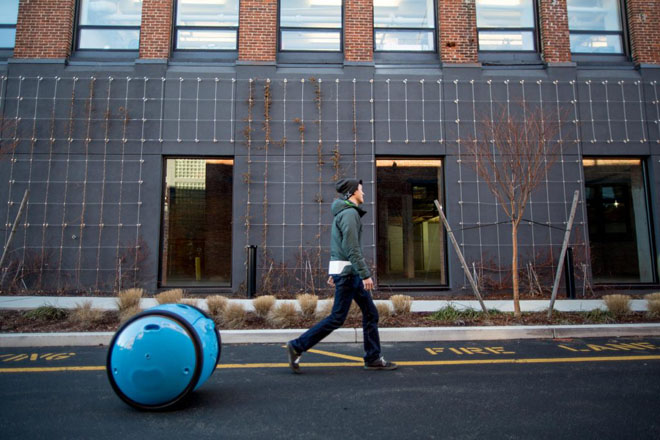 “The transportation and robotics industries tend to focus on optimizing tasks and displacing labor. We are developing products that augment and extend human capabilities, instead of simply seeking to replace them,” said Schnapp. “Think about how much more freely you would be able to move from one point to another if lugging cumbersome items were removed from the equation.”

As an “in-between” personal mobility concept that targets those interstitial spaces that exist within the urban fabric — such as sidewalks, alleys, indoor aisles and walkways, ramps and so on — Gita addresses what the company calls “granular mobility,” something that other manufacturers often gloss over.

“Granular mobility is a concept that we have elaborated within Piaggio Fast Forward to call attention to those spaces that we navigate as pedestrians and as citizens of the twenty-first-century city,” said Schnapp. “We thought, let’s try to make a product which engages all of those different cities and the way people move in all those cities. Gita is designed to leverage the power of human navigators of urban spaces, to help make sense of them. We imagine it as kind of a Vespa for the twenty-first century.”

There are other big ideas for implementing Gita beyond carrying one’s personal items around the city: the company envisions that a fleet of Gitas could be enlisted to deliver mail, or possibly rented as part of a city-wide cargo bot sharing system, operating much like a bike share would. Airports and hotels might offer a team of Gitas to help visitors offload their luggage. Mobility-challenged populations like the elderly or the vision-impaired would benefit from a personal robot companion as well.

So far, these are only ideas, but as cities worldwide further densify and the need for affordable transportation alternatives like biking and walking increase, helpful smart machines like Gita will do much to ensure that our cities stay walkable, accessible and livable. To find out more, visit Piaggio Fast Forward.