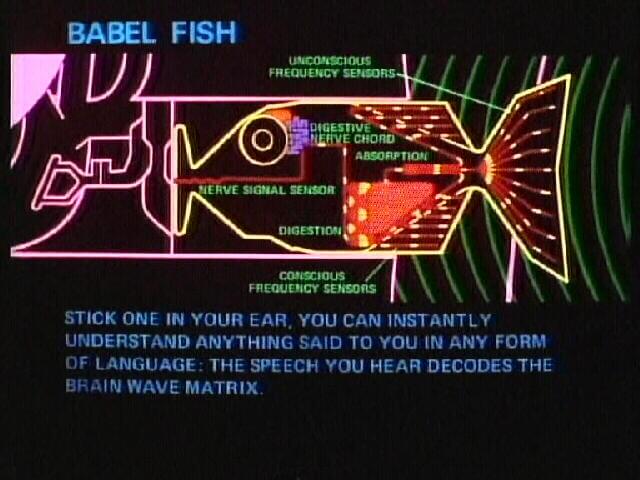 Traveling to another country can be tough: Encountering alien foods, perhaps even exotic toilets. But without a doubt, learning learning the local language is always helpful in avoiding potentially awkward situations, and can be immensely convenient if you want to ask which train to take or to meet new people.

But learning another language is easier said than done — it can depend on how similar the new language may be compared to your mother tongue, your motivation or how much time you have on your hands.

But juggling these linguistic logistics may not be necessary anymore. A New York City-based company called Waverly Labs is launching Pilot, a smartphone-app controlled wearable device that is capable of instantly translating foreign languages in real time. 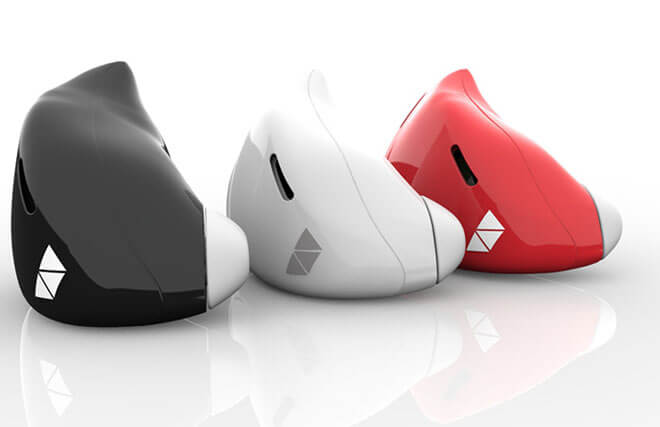 Reminiscent of the universal translators that are common in works of science fiction, the device, worn in the ear, allows people to communicate in their native language, using their everyday vocabulary. Anyone with another Pilot (or at least the accompanying smartphone app installed) can hear your speech being simultaneously translated into their native language, either through their earpiece or through a smartphone’s speakers.

This wearable translator takes technology that’s already available out here — namely, speech recognition, machine translation, voice synthesis and Bluetooth technology—and puts it all together in what appears to be a slick yet unobtrusive package that’s also easy-to-use and wearable.

Under the hood, the earpiece has a specially designed dual noise-cancelling microphones to filter out background noise when the user is talking. The user’s speech is then sent through the smartphone app, which parses it with the built-in speech recognition, machine translation and speech synthesis technology. Coming out at the other end of the paired earpiece, the translated speech is sent to the listener’s ear —  almost instantly. The set-up uses an ARM processor and a near-field magnetic induction (NFMI) communication system, created by a modulated, low-power magnetic field between two devices. 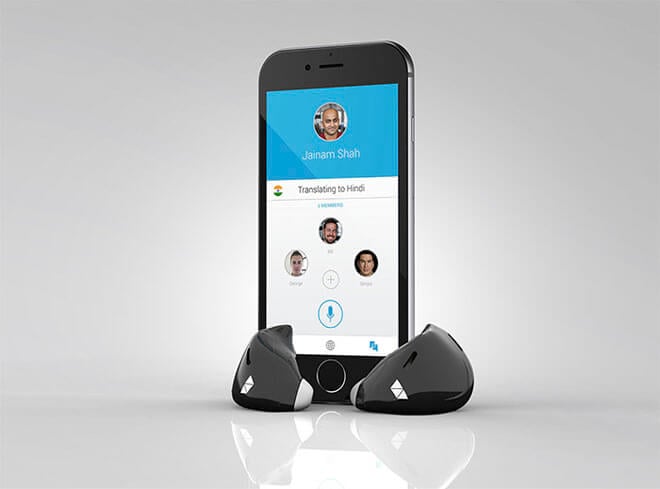 The Pilot smartphone app can switch between different languages, and can be used offline, which is useful if you don’t want to get into the hassle of buying a data plan overseas. The app can also be used as a basic phrasebook on its own. When not in use as a translator, the Pilot earpiece can still be utilized for streaming music wirelessly. Another great feature is the conference mode, which allows multiple people speaking different languages, to join in on the same conversation, like a mini-United Nations.

“What we are doing here at Waverly Labs is [creating] a life free of language barriers,” said the Pilot’s creator, Andrew Ochoa. Funnily enough, the device’s inspiration came when Ochoa wanted to find a quick and painless way to communicate with his new French girlfriend, without their smartphones awkwardly mediating between them. (Ah, the things we do for love: climb mountains, fight wars, or launch a new tech product.)

The Pilot has been in the making since 2014, and has a solid team behind it, combining diverse backgrounds ranging from robotics, electrical and software engineering, industrial design, machine learning and translation. The team is now working to refine some of the Pilot’s kinks prior to its debut, namely the “couple of seconds of delay” that occurs in between translation. In general, machine translation is also an imperfect technology (as any user of online translators will know), but the more people use the Pilot, the better its translation engine becomes.

The Pilot’s official launch is slated for May 2017, and will be initially offered in the languages of English, Spanish, French, Italian and Portuguese. More languages will be added in the coming months; the team anticipates adding Arabic, Hebrew, Russian, as well as Germanic, Slavic, African and East Asian languages in the future. The retail price is expected to be between US $249 to $299, but you can grab a complete set — which includes two Pilots, a portable charger, and different-sized eartips — for less, via the company’s Indiegogo page (the crowdfunding campaign has already been successfully funded many times over).

Feature Image: Douglas Adams’ Babel Fish, as depicted by the BBC, in an adaptation of Adams’ “The Hitchiker’s Guide to the Galaxy.” Other images: Waverly Labs