Snack Stack: Hacks for Ramen, Beloved by Coders and Kids 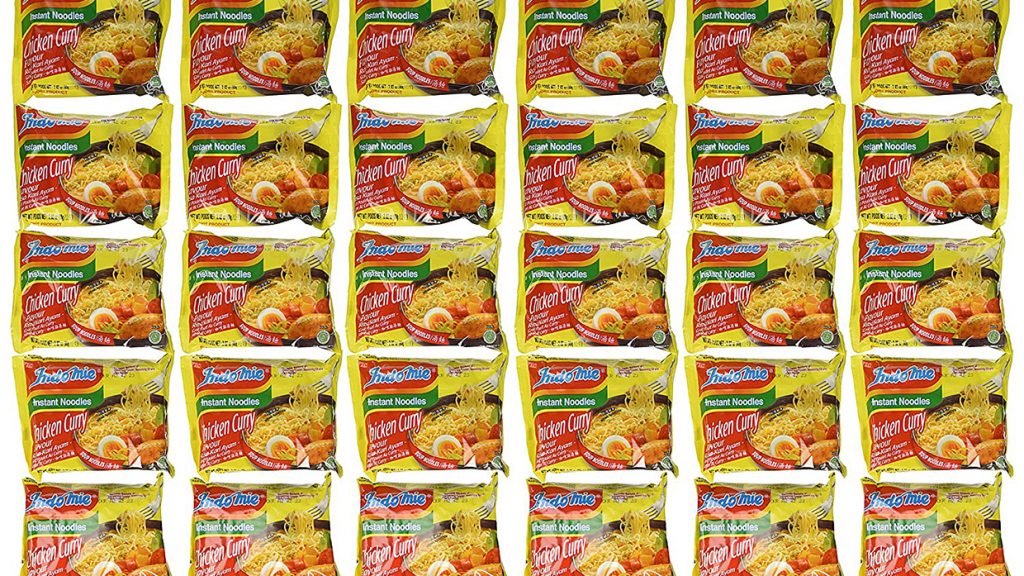 Featured image by Michelle Gienow.
TNS Annual Reader Survey
We need your input! Take 5 minutes to chime in and help guide our coverage.
Begin the survey
In our monthly “Snack Stack” column, Michelle Gienow delves into the intersection between software culture and foodie culture, with histories and oddities, recommendations, recipes and other goodies.

At our house, we are eating quite a bit lower down the ramen food chain, trend-wise. My 15-year-old anime-fan son is obsessed with all things Japanese, including ramen. Alas, this is not tonkotsu — velvety pork bone broth simmered for hours upon hours — or clear, delicate Hokkaido-style miso. Nope. My boy Cole goes straight for the instant noodles, as in “Cup O’” or “Oodles of.” The cheapest, most industrial, nutritionally bankrupt foodstuff out there.

Don’t get me wrong – I do love me some instant ramen. Like all the other latchkey kids and college students before me, it was an essential food group in the “fast, cheap and easy” category. And I still indulge today: If you haven’t tried Indomie instant noodles, especially the curry ones, have you even ramened? But my growing-like-a-weed kiddo is trying to get by on a diet consisting mainly of ramen packets and Monster energy drinks.

Of course, my attempts to swerve him off his preferred diet, like sharing the urban legend about the college kid who tried to save money by eating nothing but ramen noodles, only to die of malnutrition,  have only solidified his desire to eat them every day.

So after laying down the law — no more than one ramen product is to be ingested during a given 24-hour period — I tried to make peace with the situation by coming up with ways to make your standard instant noodles slightly less dire, nutritionally speaking.

Not much to be done about the fact that a one-serving container of Nissin Cup O’Noodles With Shrimp packs a whopping 1,180 mg (!) of sodium and seven grams of saturated fat. (The noodles are precooked via flash-frying in oil, which is how they’re able to reconstitute almost instantly in a little hot water). Not much else, though — despite the 36 ingredients listed on the label, there’s damn little in the way of actual nutrients.

Cole likes to point out there are bonafide vegetables in there, thank you. But in my house, a few wrinkly, floating peas and corn kernels do not a balanced meal make. So I started playing around with the ramen, stirring things like chopped scallions, handfuls of baby spinach and carrot shreds, and shredded dried seaweed into it along with the boiling water. Adding a splash of sesame oil makes this some truly next-level fast easy cheapness.

The grocery store salad bar is a good place to grab just some greens, onions, shredded carrots and other ready-made add-ins without having a bunch of stuff rot in the crisper bin. I keep dried kombu on hand when there is nothing fresh and green within reach.

For protein, a beaten egg cooks right in the broth along with the noodles, or you can toss in tofu cubes. A handful of frozen precooked shrimp, or pretty much any kind of frozen fish filet, will go straight from the freezer to fully poached in the boiling broth in a matter of minutes. In our house, a dab of chili-garlic paste or even a squirt of Sriracha is the crowning touch.

According to the innerwebs, people are doing all kinds of other wacky things with ramen, using the noodles as a fast, ready-made base for things like pizza or as bird’s nest-inspired buns for burgers. Some of these make sense — fake pho, for example — but others are just plain nasty (I’m looking at you, ramen carbonara.) But the truly wild ramen hacks out there come courtesy of a population with little money and limited access to cooking facilities: prison inmates.

We Got the Hookup

For more on this, I consulted Chef Dave, a Baltimore resident who has both worked as a professional chef and done a couple of stints in local houses of correction. (Chef Dave asked that we leave his last name out of this, not because he fears professional repercussions — “Kitchens are full of petty criminals, it’s almost a job requirement” — but because he owes some people some money.)

Chef Dave says that ramen is extremely popular in jail, where it is called “hookups” for reasons he cannot explain. Folks doing time spend that time doing all kinds of creative no-cook things with ramen in two main culinary forms: “wet” and “dry.”

The “wet” ramen works as different variations on soup and pasta. “Lots of minimum security facilities have hot water available in an urn, in a cage in the common room,” Chef Dave told me. “Otherwise, you can use hot tap water.”

Apparently, the “wet” preparations are more of a luxury meal, because not everyone’s got access to hot water or a vessel to mix wet ramen in.

“Dry” jailhouse ramen recipes, on the other hand, are essentially a kind of dip: the dry noodles are crushed into a fine powder, mixed with a little water, and then kneaded into a paste with the seasoning packet’s contents. Either way, it’s the add-ins that make things interesting. Tinned sardines from the commissary, jelly or ketchup packets, leftovers like hard-boiled eggs or mystery meat patties hoarded from meals — anything goes.

“A lot of times you’re making 10, 12 hookups at a time — a bunch of guys each kick one in, you do the work in one big batch, then everyone eats together while watching that night’s movie in the activity room,” said Chef Dave.

The hardest part, he said, may actually come when sharing the hacked hookups amongst the eaters: “There’s a pecking order based on what people contributed and just general status on the block. A guy kicks in a can of tuna, he gets a bigger share, and the guy who gave two jelly packets gets less. But you have to compare that against who’s who in the hierarchy in there, too, so it’s a real balancing act.”

My favorite jailhouse ramen snack hack is the most basic, however. Given that the noodles are precooked, they’re basically like a curly snack chip. So the simplest ramen hack of all is to crunch up the noodles in the packet. Then tear off a corner, retrieve the seasoning packet, pour it into the bag, shake and serve. It’s sorta like eating Doritos, only with genuine “Oriental Flavor” in place of the nacho cheez. Finger-licking good.

Cook the noodles according to the directions on the packet. Add about half the seasoning packet. Transfer to a large bowl and add the sugar and fish sauce. Stir. Squeeze the lime over the noodles and broth, then top with the bean sprouts, basil, cilantro and jalapeño slices as desired. Serve immediately.

“Mix one individual serving of crushed corn chips, one crushed bag of ramen noodles, one crushed bag of BBQ potato chips together in a plastic bag. Thoroughly combine these fine gourmet items, then add one to 1 1/2 cups of hot water to the bag. Mix thoroughly, evenly, and seal the bag by wrapping it in a towel or a shirt or whatever.

“Empty the contents into a paper plate, paper bag, or anything somewhat clean. Eat with a fairly clean plastic spoon. It’s a delight in convict cuisine. Add spices, meats, vegetables as available to suit your own tastes!”

SHARE THIS STORY
RELATED STORIES
Collaborating with Internal Dev Experience and Tool Teams It's No Longer about How You Write Code but How You Operate It Hacks to Help Open Source Leadership Support Inclusion Slack: How Smart Companies Make the Most of Their Internships SANS Survey Shows DevSecOps Is Shifting Left
SHARE THIS STORY
RELATED STORIES
Hacks to Help Open Source Leadership Support Inclusion Low-Code Tools Improve Devs' Work-Life Balance, Survey Finds Tackling 3 Misconceptions to Mitigate Employee Burnout Engineering Leaders: Switch to Wartime Management Now eBay: Betting on Open Source Is Great for Your Business
THE NEW STACK UPDATE A newsletter digest of the week’s most important stories & analyses.
The New stack does not sell your information or share it with unaffiliated third parties. By continuing, you agree to our Terms of Use and Privacy Policy.
TNS owner Insight Partners is an investor in: Real.