Winter means comfort food, and who needs more comfort than a developer who's fixing bugs at all hours? Here are three easy, delicious slow cooker recipes to keep you nourished.
Jan 7th, 2023 5:00am by Michelle Gienow 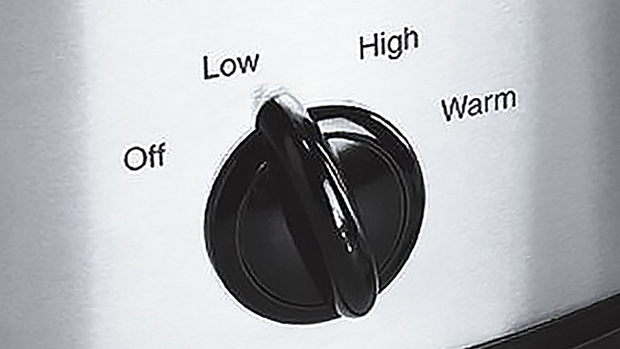 Tech life has plenty of pluses. Hoodies as standard office dress, abundant free caffeinated beverages, mostly being left alone to work on your stuff, etc. These however come with the major downside of frequently variable working hours, and lots of them.

Bugs have no concept of time or hours of operation — come to think of it, neither do users/customers — so when something significant breaks, the laptop stays open until it’s fixed.

Best to be well nourished for whenever that next dark red Jira ticket lands, which means feeding yourself on more than a steady diet of free snacks scavenged from the nearest break area. But who has time to, you know, cook?

This is why the slow cooker is the ideal emotional support cooking appliance. Ingredients go into crockpot, button is pushed, and several hours later reasonably healthy deliciousness is ready to devour. At least in theory.

The only downside is that a tragically high percentage of crockpot recipes turn out food that is, well, a mushy, gloppy disappointment — no matter how easy, foolproof and perfectly delicious the recipe promises it will be. Even Sriracha, that miraculous savory savior of the otherwise inedible, can only help so much.

Over the past few years, I’ve logged a lot of slow cooker experiments, finding the culinary diamonds amid the dreary duds so that you don’t have to waste time (or Sriracha). Here are three of my go-to wintertime slow cooker steadies, only the most basic of cooking skills required:

Don’t be shy with the pepperoncini, even if you typically avoid hot/spicy things. Their flavor magically melds into the roast as a kind of counterpoint to the richness, and the end result is not the least bit spicy.

Unwrap the chuck roast, wipe it off with paper towels, salt and pepper generously on all sides. Put in slow cooker. Add whole pepperoncini peppers, pepperoncini juice, butter, au jus mix, ranch dressing mix, salt, and pepper in a slow cooker. Cover and cook on low until roast is fork-tender, about eight hours.

Pro tip: The liquid left behind in the slow cooker makes a delicious gravy. Turn temp to high, sprinkle two tablespoons of cornstarch over the juice in the crockpot, and whisk (or just stir energetically with a fork, if you don’t own a whisk) until it dissolves. Leave in the cooker for five more minutes until it thickens up a bit. 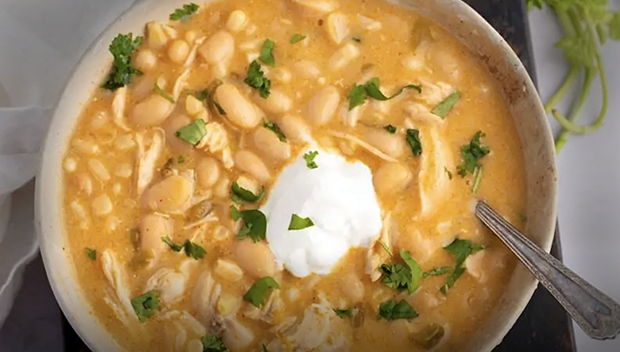 1-plus teaspoon garlic powder (to taste. I add a lot) 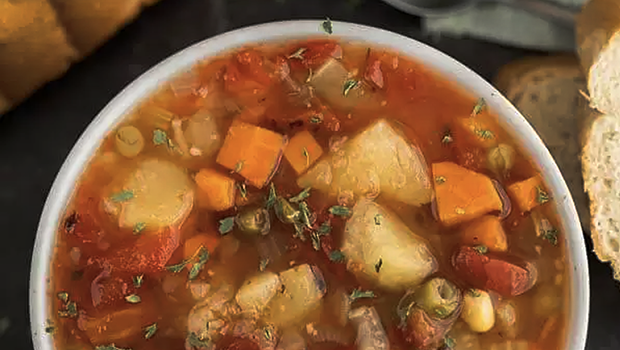 This recipe is extremely friendly to both your body and your bank account. The first four vegetables/ingredients in this list are fresh. Grocery stores almost always sell these already cut up and ready to use in the produce section if, like me, you are cooking this on a Tuesday evening and looking for the fastest possible dump-and-go approach. (To really speed things up, use a bag of frozen diced potatoes — they cook faster than fresh potatoes.)

But don’t stop with the ingredients below! Make this your own. You want protein in your soup? Add a can of beans. Toss in leftover cooked pasta. Swap sweet potatoes for regular potatoes, or just skip them altogether (cooks faster that way).

My favorite hack is to drop in a couple handfuls of fresh baby spinach leaves, or a bag of chopped fresh kale, or fresh shredded Asian slaw mix to get some healthy greens in there too. You can also use a bag of any kind of frozen greens instead of fresh. Don’t have some (or all) of the herbs?  No worries. Toss in whatever you’ve got. Be creative. It’s all good.

Serve with bread, or don’t. (Heat and serve Texas Toast is also right there in the freezer section, just sayin’.)

Put everything in the slow cooker. (Dump in tomatoes with their juice, don’t drain.) Cook on high for 90 minutes, until potatoes are soft (less time if you’re using the frozen potatoes hack). Salt and pepper to taste. Lots of pepper.

SHARE THIS STORY
RELATED STORIES
Donald Knuth's 2022 'Christmas Tree' Lecture Is about Trees A Brief DevOps History: The Road to CI/CD How to Get Started Filling 3.4 Million Cybersecurity Jobs Java's James Gosling on Fame, Freedom, Failure Modes and Fun Entrepreneurship for Engineers: Avoiding Feature Bloat
SHARE THIS STORY
RELATED STORIES
It Happened to Me: How I Suddenly Owed AWS $13,000... Golden Paths Start with a Shift Left A Brief DevOps History: The Road to CI/CD How Will Working in Tech Change in 2023? Entrepreneurship for Engineers: Building for Customers’ Love
THE NEW STACK UPDATE A newsletter digest of the week’s most important stories & analyses.
The New stack does not sell your information or share it with unaffiliated third parties. By continuing, you agree to our Terms of Use and Privacy Policy.