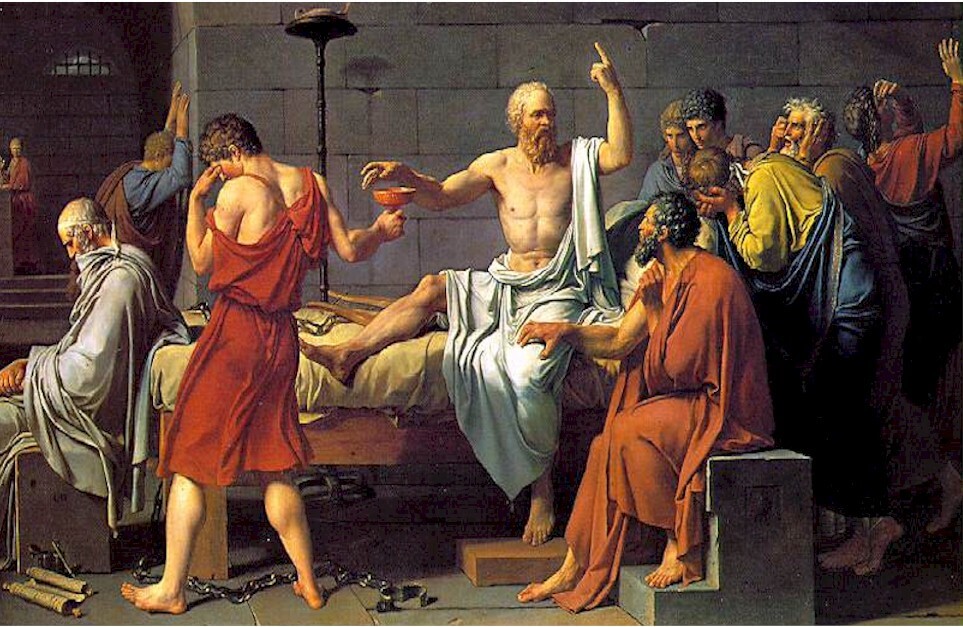 The modern day age of information has us drowning in data, which is probably the primary reason why we turn daily to search engines like Google, finding answers to even the most mundane or deeply existential of questions. Not surprisingly, our modern-day rituals of knowledge-seeking have led some to declare prematurely, however tongue in cheek, that Google is God.

But perhaps it’s better to rethink such habitual, and very human, tendencies to over-hype things. Search engines are merely tools, helping us find bits of information in an immense ocean of data. British critic and speculative designer Ted Hunt points out that even as tools, search engines like Google can be greatly improved under the hood.

To this end, Hunt has designed what he calls Socratic Search, a tool that merges the technique of Socratic questioning — based on the philosophies of the classical Greek philosopher Socrates — with Google Custom Search. The custom search service allows web developers to create a customized search engine that will whittle down the billions of indexed websites out there into more refined categories, and here it’s been given a philosophical twist. 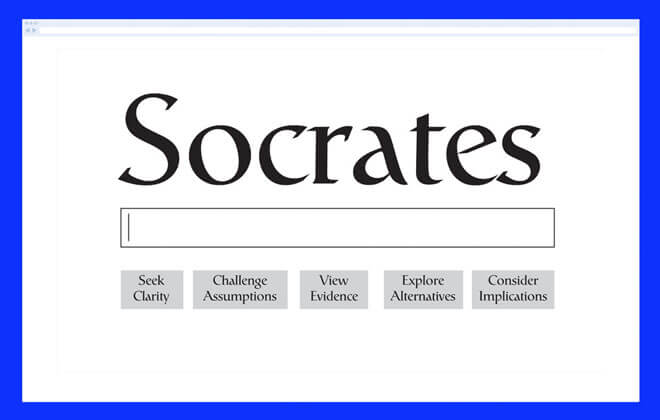 Hunt explains the motivation behind the project is to get users to think more deeply about their questions and their assumptions, to “question the question” in order to gain deeper insights into any topic, as well as to challenge the hidden algorithms that drive these search tools, rather than merely consuming what someone else thinks is most relevant.

“Much has been written about technology’s tendency to trap us into ‘search bubbles’ and solely affirmative ‘echo chambers’ but little is done to proactively help us out of these traps,” Hunt explained to Dezeen magazine. “Socratic Search is a tool to help burst search bubbles and open the doors of echo chambers. The biases of technology, and particularly search engines, are often hidden within algorithms that we have little or no control over, or indeed awareness of. Simple variations to our digital tools, such as the introduction of more philosophical biases, might in future empower search engine users with the choice to explore biases by their own conscious decisions rather than those of an algorithm.”

Socratic Search essentially introduces the Greek philosopher’s renowned approach to help foster critical thinking, by way of customized algorithms. One is invited to type in a question or topic, but instead of just pressing a button to gain access to a voluminous upchuck of pages and pages of information leading to even more information, there are extra buttons and tabs that can organize a subject further along more disciplined lines. These buttons represent different approaches to tackling any subject, inspired by the ancient Socratic method — either by seeking clarity, viewing more evidence, challenging assumptions, exploring alternatives or considering its implications.

Rethinking the Model of Retrieval

Hunt, who created the project as part of his MA of Design Interactions program at London’s Royal College of Art, tested Socratic Search on one of the most Googled questions of all time: “What is love?” When viewing the question under the rubric of the fact-based “View Evidence” category, one is directed to places like Wikipedia, and when using “Consider Implications,ie” one is presented with thought-provoking works like A General Theory of Love. 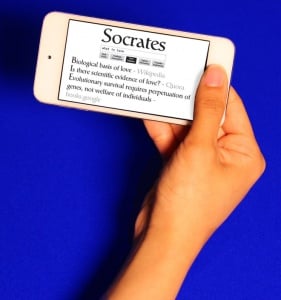 The goal of this project is to get us to think more critically about the context within which we pose our questions, i.e. the “retrieval model” under which search engines operate and color the information that’s presented. Hunt explained: “[If] a traditional search engine uses an algorithm to conduct the transformation [of a query into a set of documents], then the Socratic Method can replace this or enhance such algorithms, and in doing so, begin to put those making searches in control of the algorithms that author the reality rendered through the answers to our questions.”

Hunt is now working to further develop the functionality of this conceptual but ultimately useful tool, with an eye toward a larger vision. “I’d hope that speculative (but functioning) tools such as these might begin to open new avenues to a technological age based upon a more sophisticated appreciation of wisdom and knowledge rather than just the commercial trade of information,” Hunt tells us. “In some ways, I hope that tools such as these might, as T. S. Eliot asked us to consider; ‘Where is the wisdom we have lost in knowledge? Where is the knowledge we have lost in information?‘”

It’s a great question, and while we may not find a definitive answer to that inquiry, it sure makes us pause to think what other questions we need to ask, but aren’t. You can check out the Socratic Search engine and visit Ted Hunt.