Eventually, you have to decide how your open source software is going to make money, and your partners probably won’t like it. That’s what the dust-up around Docker is this week, it seems to us. We also talk briefly about VMware’s big conference this week, and rumors of HPE selling off its Software group to private equity.

Can someone explain this “Docker forking” hoopla?

This Week in Tech Private Equity… 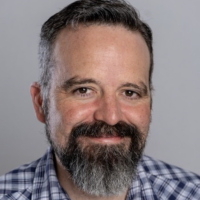 Michael Coté studies how large organizations get better at building software to run better and grow their business. His books "Changing Mindsets," "Monolithic Transformation" and "The Business Bottleneck" cover these topics. He’s been an industry analyst at RedMonk and 451...
Read more from Michael Coté
SHARE THIS STORY
RELATED STORIES
How to Get Started Filling 3.4 Million Cybersecurity Jobs Google Brings Rust into Chromium Project Boost Customer Engagement with Real-Time Data Poisoned Lolip0p PyPI Packages Anil Dash on Mastodon Joining Fastly’s Open Source Program
TNS owner Insight Partners is an investor in: The New Stack, Docker, Bubble.
SHARE THIS STORY
RELATED STORIES
A Platform Team Product Manager Determines DevOps Success What’s Platform Engineering? And How Does It Support DevOps? OpenSSF Aimed to Stem Open Source Security Problems in 2022 Google Brings Rust into Chromium Project How to Get Started Filling 3.4 Million Cybersecurity Jobs
THE NEW STACK UPDATE A newsletter digest of the week’s most important stories & analyses.
The New stack does not sell your information or share it with unaffiliated third parties. By continuing, you agree to our Terms of Use and Privacy Policy.