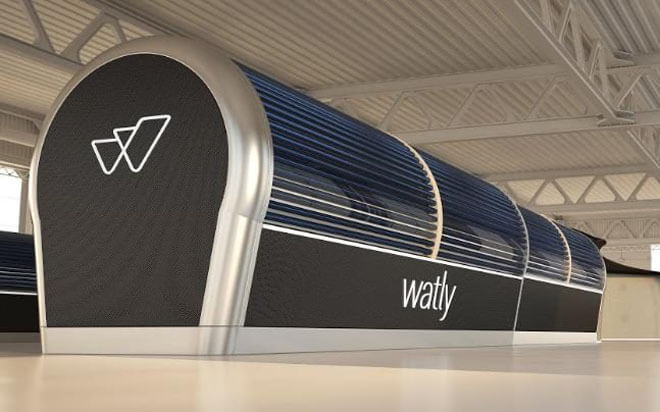 It’s the paradox of our modern era: much of the world seems like it is awash in technological gadgets, yet many people still have no access to clean water and electricity, much less Internet connectivity. It’s a staggering problem if you look at the numbers: according to the United Nations, 783 million people worldwide have no access to clean water, while 1.2 billion people have no electricity, and 4.2 billion remain unconnected to the Internet.

These look like insurmountable problems, but that may change with Watly — the world’s largest solar-powered computer that can also purify water, generate electricity, and provide a wireless Internet connection to 3,000 people within a radius of one kilometer.

Marco Attisani, the Italian creator of Watly, says that machine’s aim is to tackle three big problems in developing nations: lack of clean water, renewable energy and Internet access. “The only things it needs to run are dirty water and a lot of sun,” the 44-year-old entrepreneur told The Telegraph. A second iteration of the project has already been successfully tested in Ghana last year, and the company now has plans to build a bigger and better version. 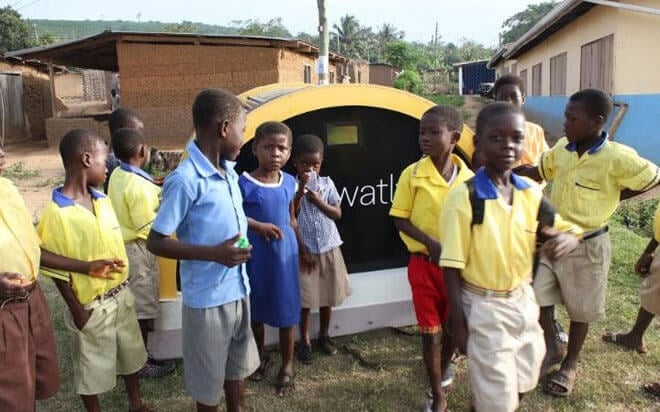 The latest prototype, Watly 3.0, will measure 131 feet (40 meters) long and 15 tons, and will filter or desalinate up to 1,320 gallons (5,000 liters) of water per day. It uses a vapor compression distillation process to eradicate any pathogens or pollutants, requiring less maintenance than other methods like reverse osmosis.

In addition, the Watly prototype will use solar photovoltaics to generate electricity that will also be stored in a140 kWh internal battery, which can then be used to run the machine off-grid and for free, and to charge external devices like cellphones and laptop computers. Its H-shaped form is designed to maximize solar exposure throughout the day. There is a built-in 3G/4G router that can give Internet access to people living in the vicinity. According to the company, after an initial cost of USD $452,000 to build it, the self-sustaining Watly has an expected lifespan of at least 15 years, requiring only minimal upkeep, while offsetting the carbon emissions equivalent of 5,000 barrels of petroleum in the meantime.

The company is now seeking USD $75,000 of crowdfunding to build this next prototype; this is in addition to $2.2 million of previous funding secured from backers like Horizon 2020 and European Pioneers. The company explains that Watly is a “technological paradigm,” a shift in thinking where the seemingly disparate solutions for water treatment, solar energy and WiFi are linked up in the bigger picture.

“We could not design a modern solution and not think about integrating these three elements altogether,” asserted the company on their Indiegogo campaign. “The beauty is that these services can be generated by exclusively harvesting solar energy. We provide clean water by leveraging the thermal effect of the solar irradiation. Through photovoltaic technology, we generate electricity. With electricity, we can power internal telecommunications devices (for satellite or 4G connection). Watly provides multiple services because each one is the consequence of the other.” 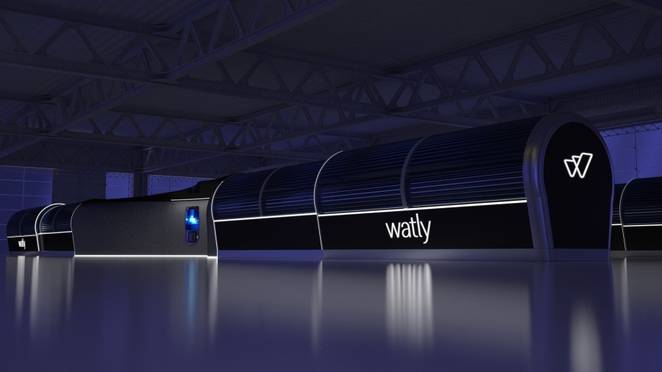 To facilitate the placement of Watly units in remote areas, the machine is made of pre-fabricated parts that can be assembled on-site within four to eight days. The company says that a fully operational Watly — outfitted with 3,000 water tanks and 1,000 battery-powered LED lamps can be delivered to almost any location in the world, using only five 40-foot shipping containers that can be transported by regular trucks. To ensure a fair sharing of water, the company is developing a 5-liter plastic water tank for personal use, which has an internal RFID chip to track use, allowing its owner to refill the tank automatically when it’s inserted in the machine. In the future, Watly may integrate a drone landing port, a 3D printer, ultraviolet sterilizer, solar coolers and webcams. 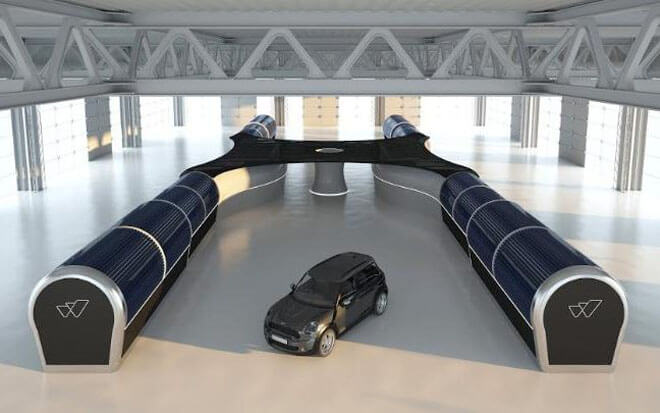 So far, Watly is being targeted at governments and companies as a potential solution for underdeveloped infrastructure in rural areas, where it could be scaled up to provide off-grid services and much-needed telecommunications hubs to larger communities. But it’s not just for developing nations: Watly could also have a big impact for increasingly water-scarce places like California and Australia, where purifying and reusing water may help ease the crisis immensely.

Ultimately, the project promises to deliver three big things that we will probably all need more of in the future: clean water, energy and an instant connection to the rest of the world. More over at Watly and Indiegogo.

SHARE THIS STORY
RELATED STORIES
Entrepreneurship for Engineers: Painkiller or Vitamin?  Slack: How Smart Companies Make the Most of Their Internships Kathleen Booth, Creator of the First Assembly Language There Is No Shame in Customer-Reported Incidents How Security Champions Can Change Your Culture
TNS owner Insight Partners is an investor in: Indiegogo.
SHARE THIS STORY
RELATED STORIES
Collaborating with Internal Dev Experience and Tool Teams What Is a Sociotechnical Knowledge Map and Why You Should Care Devs and Ops: Can This Marriage Be Saved? Tackling 3 Misconceptions to Mitigate Employee Burnout Kathleen Booth, Creator of the First Assembly Language
THE NEW STACK UPDATE A newsletter digest of the week’s most important stories & analyses.
The New stack does not sell your information or share it with unaffiliated third parties. By continuing, you agree to our Terms of Use and Privacy Policy.