SoloCon 2021: One API for Multiple Kubernetes Clusters and Microservices

solo.io is intended to help organizations move closer to a single API model to manage the entire spectrum of cloud native deployments.
Apr 7th, 2021 2:30pm by B. Cameron Gain 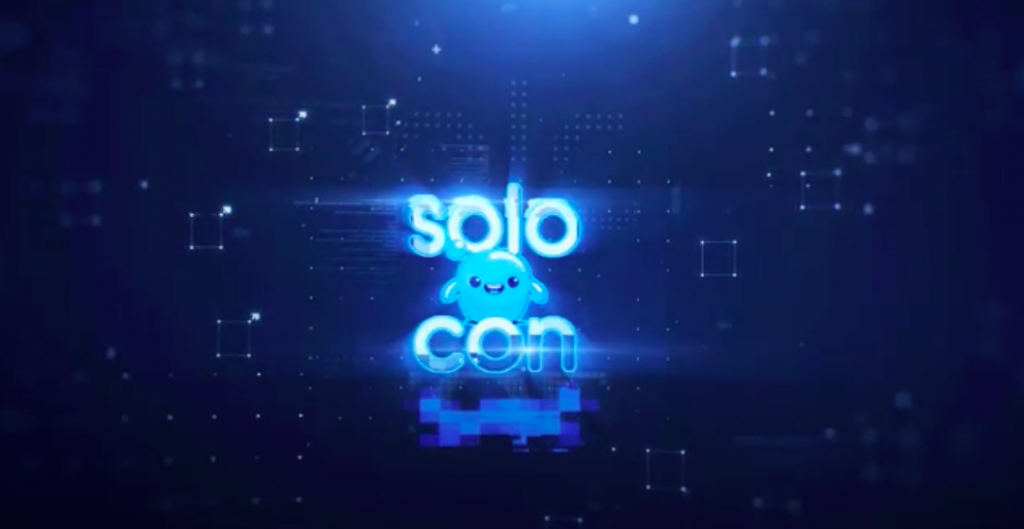 DevOps teams typically must choose among literally hundreds of tools and platforms when shifting operations to a microservices architecture. With these challenges in mind, solo.io, a leading service mesh provider, offers tools integrated with Envoy, Istio and other principal Kubernetes-management building blocks to remove many of the enormous complexities involved in the process of stitching them all together.

Solo.io and its releases are intended to help organizations move closer to a single API model to manage the entire spectrum of cloud native deployments, which was also a main theme of SoloCon 2021, solo.io’s virtual conference that took place earlier this month.

The main dilemma organizations face when deploying multiple Kubernetes clusters and microservices is “how to manage them all through a single API,” Idit Levine, founder and CEO, solo.io, told The New Stack. They also require observability across all microservices, security processes and controls and complete accessibility for their entire range of microservices — again, through a single API. Deployment, observability and security, “are three things we are focusing on,” Levine said.

Ultimately, these announcements, as well as solo.io’s ongoing tool and platform development, are part of solio.io’s efforts to support organizations that seek to rely on a microservices-style architecture to deliver applications faster that are typically in the middle of a modernization initiative, Christian Posta, global field CTO at solo.io, told The New Stack.

“So we are saying: ‘you are deploying applications, they need to communicate with each other and there are more of them,” Posta said. “This is a difficult problem. And what is the solution that helps minimize the operational burden of running microservices? Our product focus is in that area.”

Service Mesh as a Service

Gloo Edge 2.0 represents the first “native Istio” API gateway, while Gloo Cloud is the “first and only” version of Istio as a “Service Mesh as a Service,” Levine said. Gloo Cloud also offers both Gloo Edge and Gloo Mesh together in a single product, Levine said.

Gloo Cloud was the main announcement at SoloCon 2021, “representing momentum and progress across the board for solo.io,” Erik Frieberg, solo.io’s chief marketing officer, told The New Stack. “The biggest step forward is Gloo Cloud: We’ve really seen the market evolve so that people love [Gloo’s] functionality, but they also want this delivered as a service and in a managed hosted environment,” Frieberg said.

It is encouraging “to see someone moving things up a notch in terms of restoring the spirit of Kubernetes as a platform,” while offering “the ultimate level of consistency across data center, private and public cloud environments,” Torsten Volk, an analyst for Enterprise Management Associates (EMA), said. “This could bring ‘code once, deploy anywhere’ to a lot more organizations that do not have the expensive staff skills it otherwise takes to pull this off,” Volk said.

In addition to Gloo Cloud and Gloo Edge 2.0, solo.io is also releasing multicluster observability features for Gloo Mesh and what the company says is full support for gRPC specifications for its portal product.

“We took all the tools that the service mesh is offering to aggregate all the data in one place,” with Gloo Mesh, Levine said. “We are saying ‘plug in your favorite observability tool and what you see in a minute’s notice on your screen is a very beautiful way of seeing everything that’s happening in the traffic between the microservices, even if it’s cross-clusters and multiclusters,’” Levine said.

For its gRPC support for Gloo Portal “lots of our customers have asked for this support, instead of for Swagger or other specs,” Frieberg said. “We’re also the only developer portal on the market that supports… gRPC.”

Gloo Edge, an Istio-integrated API gateway for multi-Kubernetes clusters at a service mesh level, is now available directly through the Istio control plane, as part of the Gloo Edge 2.0 release. This means organizations no longer have to worry about adding and configuring Istio themselves since Gloo Edge now automates the process.

“While some companies provide just services on top of the products, we’re taking [Istio] as a base product and adding a lot of enhancements. We don’t fork it, so we haven’t created a dead-end,” Frieberg said. “We’re also adding to it to make it easier to run — lots of people want to build extensions… so now you can extend it with web assembly. You can put your own business rules in and all of a sudden, it’s very adaptable.”

This year’s SoloCon, in addition to serving as a venue for solo.io’s technology announcements, featured talks by customers describing how they are implementing Gloo Mesh and Gloo Edge and other solo.io tools and platforms, Levine said. “Our customers said they wanted to learn their fellow customers’ thoughts and learn how they have implemented [Gloo] products,” Levine said. “They said that was extremely important.”

Gert-Jan Groeninckx, a platform engineer, for Waylay, described during his SoloCon 2021 talk “On-Demand IoT Platform: Multitenancy and Dynamic Routing with Gloo Edge,” Waylay’s path to adopt Gloo Edge for its IoT-automation and data-analytics platform and how it integrates Gloo Edge in its operations.

Waylay adopted Gloo for authentication, rate-limiting, metrics and claim-based routing and had a number of specific requirements. These included a need for a unified gateway and to know “what was happening in the background” among all its microservices distributed across a cloud native environment and traffic management capabilities for single- and multitenant deployments, Groeninckx said. Finding an “intuitive config” was also a concern, because no one “likes it when a config gets messy and is not easily readable,” he said. “Gloo turned out to be the winner” and “met all of Waylay’s requirements,” Groeninckx said.

Underneath the hood, Groeninckx’s team also appreciated how Gloo Edge is based on Envoy. The fact that Envoy is “heavily maintained” and widely adopted in the Kubernetes sphere for management of multiple clusters were key considerations.

After adopting Gloo about two months ago, Oliver Cammaert, also a platform engineer for Waylay, said his organization was able to get Gloo Edge “up and running very quickly.” “It achieved all our requirements, also with a little help from the Gloo team when we needed some support,” Cammaert said.