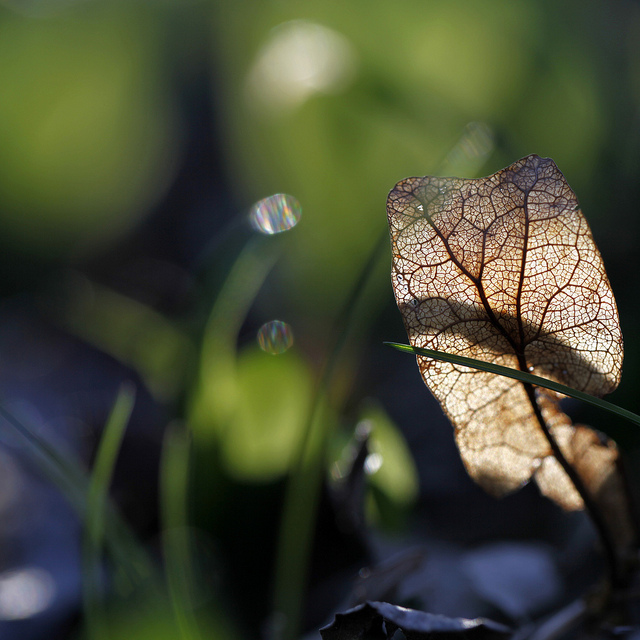 Trouble with pinging the outside world from an OpenStack instance is a common problem for people starting with using the open cloud platform.

Here’s why and how I figured out a way to communicate with my instances in OpenStack.

Being a CentOS fan, I began my journey into the OpenStack space, just as any other developer would start off, with disabling the SELinux and iptables. In my experience, these tend to create problems.

However, after days of struggle going through the architecture of OpenStack Networking, I realized that OpenStack needs the iptables to be running. I also figured out that I needed to set SELinux to permissive mode instead of completely disabling it.

The diagram below shows how OpenStack uses iptables. It’s a busy diagram — try not to get intimidated! 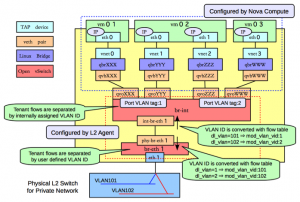 To start off, focus on the left hand side legend where there are four virtual networking devices:

It’s also important to understand what libvirt is. Wikipedia defines it as “an open source API, daemon and management tool for managing platform virtualization. This is what is used to manage KVM, Xen, VMware ESX, QEMU and other virtualization technologies.”

​It would have been quite straight forward for me to connect the vnet0 to the br-int (the integration bridge implemented using the Open vSwtich). ​However I needed to bring a Linux bridge for the following reason.

Libvirt supports the ​Open vSwitch bridges. And we also have security groups in OpenStack, the ​place where we indicate which ports should be open or closed and who can access them. The security group manipulates iptables which cannot work on the Open vSwitch due to the way the security groups are implemented in it. Hence, Neutron uses the Linux bridge or Open vSwitch hybrid bridge to connect the VMs to the br-in or integration bridge.

Looking at the diagram, instead of connecting vnet0 to an Open vSwitch bridge, it is connected to a Linux bridge, qbrXXX. This bridge is connected to the integration bridge, br-int, via the (qvbXXX, qvoXXX) veth pair.

This is what is used for forwarding packets to and from instances on a compute node, forwarding floating IP traffic, and managing security group rules.

The packet that leaves the VIF of the instance passes through nine virtual devices to make it to the outside network. Using tcpdump, you can monitor the ARP requests on the network. However one of the most essential things that is overlooked is, how are the packets going to make it back to the VM or instance?

This is where IP masquerading comes to our rescue. IP masquerading was used in the past by those who had several machines to connect to the Internet but had only one gateway to the Internet. What would be done is Source NATing the packet that is leaving the network to carry with the host’s or gateway’s IP address. This is done in the POSTROUTING chain, just before it is finally sent out. When this is done correctly, the reply to the packet will have a valid source IP and will be able to make it back to the gateway and from there be routed to the appropriate machine.

Similarly, in the OpenStack world, the packet leaving the VM is masqueraded as originating from the compute host. And by having the following two settings on the compute node, the packet is forwarded to the Linux Namespace.

Edit /etc/sysctl.conf to contain the following:

The virtual router or switch within OpenStack will be forwarded this packet and it will be able to NAT it to the VM. Examples of masquerading in the iptables are as below:-

With this in place, you should have no more trouble pinging your new OpenStack instances and also pinging the outside world from them.

Venu works for ThoughtWorks where he is responsible for building crucial cloud apps. He manages and monitors the cloud apps by automating most of the processes using the language he is passionate about — Python!

SHARE THIS STORY
RELATED STORIES
Realizing the Dream of Cloud Native Application Portability How Donating Open Source Code Can Advance Your Career .NET 7 Simplifies Route from Code to Cloud for Developers How Boeing Uses Cloud Native Livin’ Kubernetes on the (Immutable) Edge with Kairos Project
SHARE THIS STORY
RELATED STORIES
How Intuit’s Platform Engineering Team Chose an App Definition Do You Need a Managed Database? The Latest Milestones on WebAssembly's Road to Maturity How Boeing Uses Cloud Native Open Source Underpins a Home Furnishings Provider’s Global Ambitions
THE NEW STACK UPDATE A newsletter digest of the week’s most important stories & analyses.
The New stack does not sell your information or share it with unaffiliated third parties. By continuing, you agree to our Terms of Use and Privacy Policy.