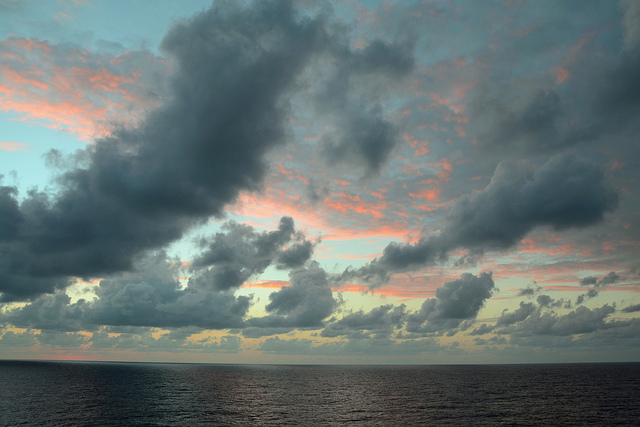 Only three weeks into 2015 and it already feels like some of tech’s greatest promises of recent years are beginning to come to fruition. The capacity to analyze realtime information at a global scale and manage transactions while keeping databases in sync has turned a corner and become a business tool. Big data is not just a hype term but an industry advantage for even mid-tier enterprises. IoT, while still as yet unable to solve many of the complexities of machine-to-machine communication, is continuing to be rolled out.

Now the 2013-initiated buzz of hybrid cloud infrastructure is emerging as the latest reality being taken up by enterprise, in part due to solutions like Ravello Systems, which today released the “next evolution” of their nested virtualization service and closed a third round of funding of $28 million bringing the total raised to $54 million. The funding round was led by Qualcomm, through its venture investment group, Qualcomm Ventures. SanDisk Corporation also made an investment through its venture arm, SanDisk Ventures. Existing and new investors ­ Sequoia Capital, Bessemer Venture Partners, Norwest Venture Partners and Vintage Investment Partners also participated in the new investment.

“We are a cloud hosting service but unlike others, we don’t own physical infrastructure,” explains Head of Product at Ravello Systems, Navin Thadani. “We offer a software service that sits on top of Google and Amazon, and provides nested virtualization.”

Thadani describes a ‘typical’ enterprise application: web servers, application servers, and a complex network topology. Thadani says that nowadays, enterprises are demanding the capability of spinning up replica environments to allow QA, testing, staging, etc. The pain point for enterprises doing this in a virtual machine context is that to create more of the application environments can take weeks or even months. 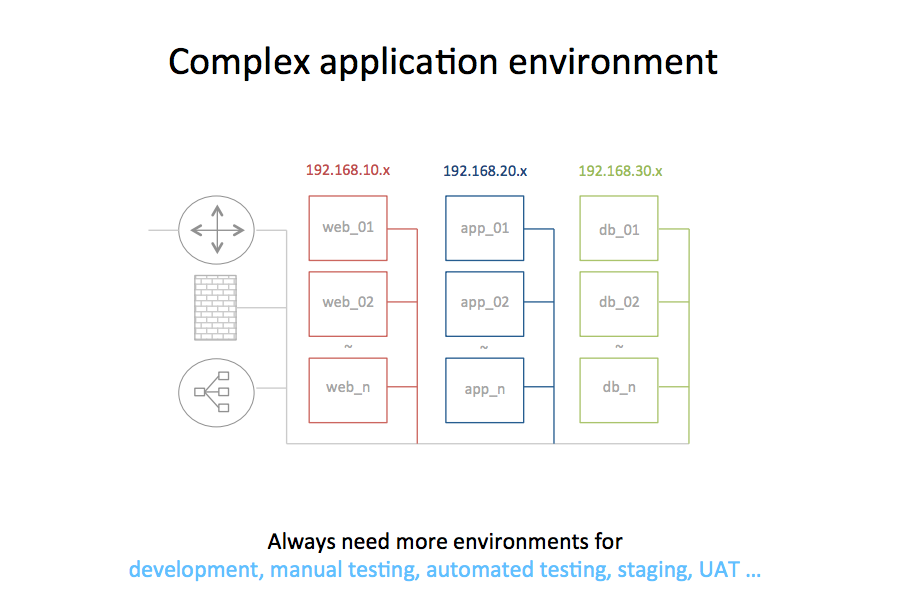 “The solution we have built allows running the entire network topology exactly the same way in Amazon. You don’t change a thing: it will work the same way,” says Thadani. 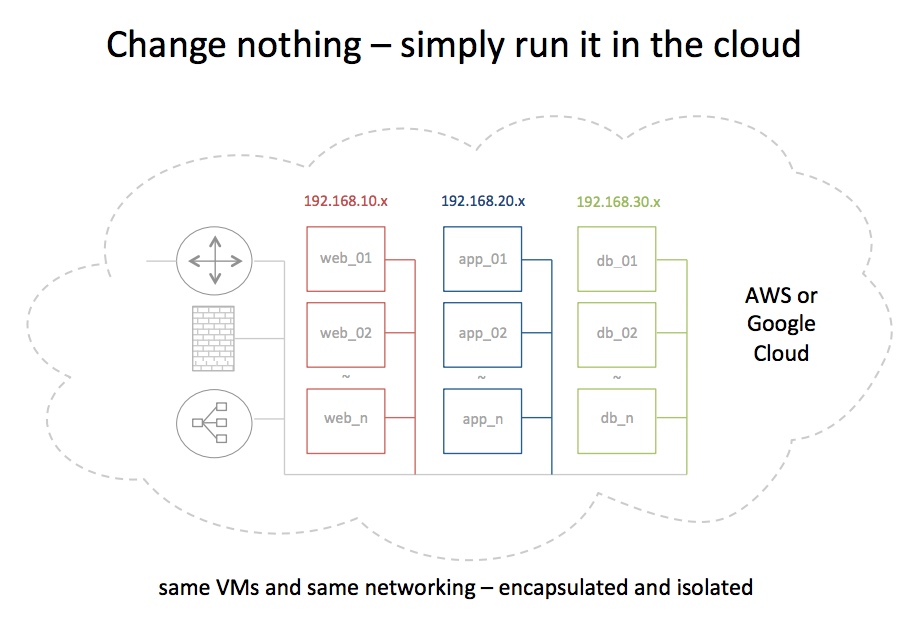 To do this, Ravello Systems offers a drag and drop interface where users can select the virtual machines they want to replicate. 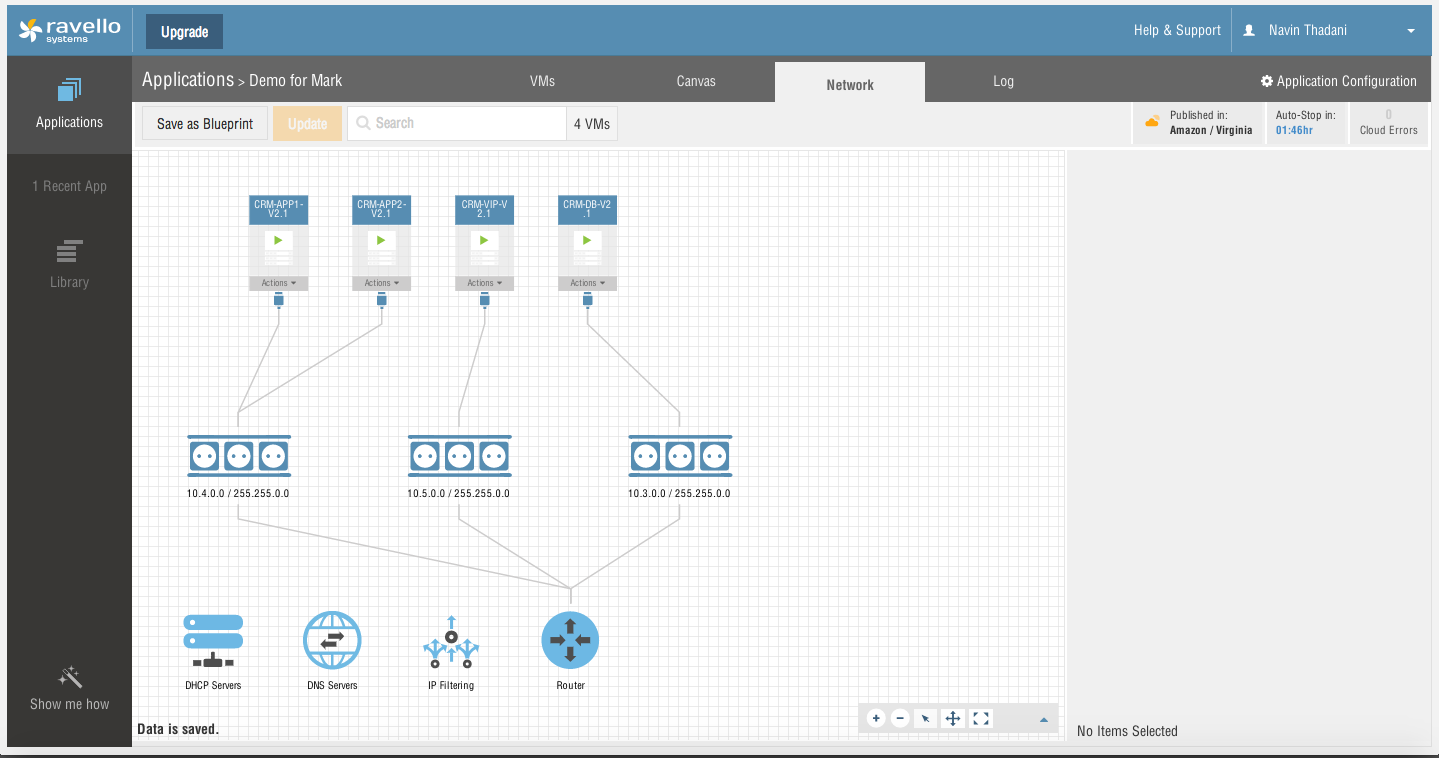 Ravello will automatically review the VM information and identify and replicate the network topology, allowing end users to deploy to Amazon or Google Cloud. Users can stipulate the public cloud hosting infrastructure they want, or identify whether the cloud hosting architecture should be optimized for performance or cost and Ravello will choose the appropriate configuration.

The new tech upgrades also allow users to run OpenStack labs in the public cloud, and Thadani confirms the software can also be used to recreate container technologies like Docker.

Hybrid cloud has been a promise for the past several years in IT circles, suggesting that enterprise can better run its data centers by keeping production applications on their private server infrastructure — either private clouds or their own data center — in order to comply with security and regulatory requirements, while making use of more cost-effective public cloud infrastructure to create testing environments or to handle QA and staging. To date, that has still be in an incredibly complex ask and Ravello Systems believes it has cracked the nut on how to spin up new environments quickly.

“The unique part of our solution is you don’t need to change application environment,” says Thadani. “The industry has been geared to think about the notion of cloud migration as having to redo all the networking, having to recode your application. We leapfrog all of that.

While Ravello promises to help reduce the time taken to recreate the application environments, the true management issues associated with hybrid cloud environments will still create workload pressure for many enterprises. 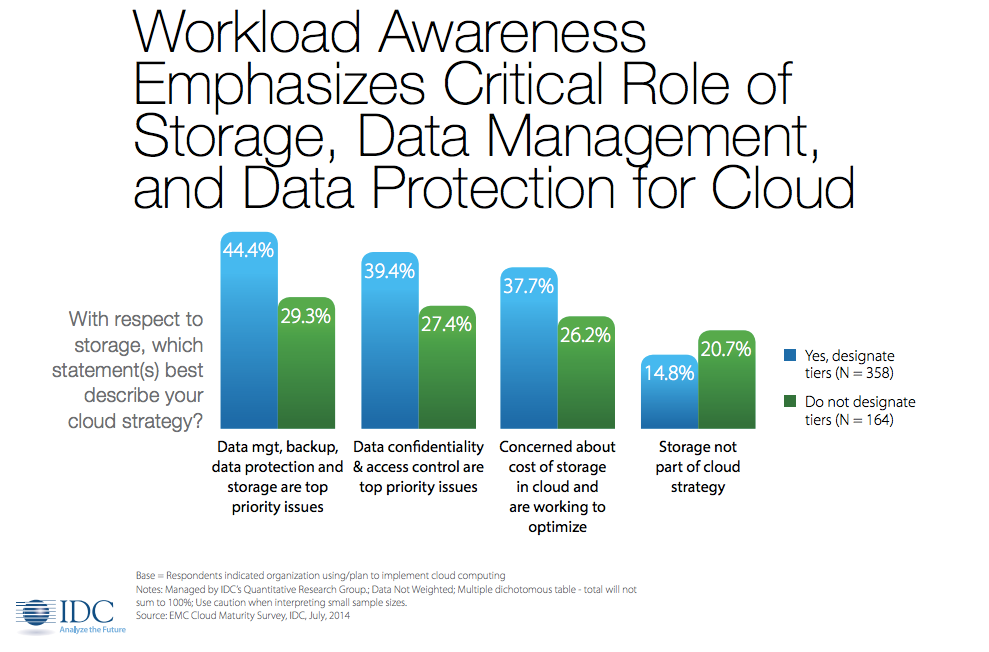 According to the IDC survey of 638 enterprise respondents, many enterprises still underestimate the workload awareness issues involved in migrating to a hybrid mix of public and private cloud infrastructure. Just under two-in-five businesses (37.7%) were concerned with the cost of data storage in public cloud environments: a pain point that Ravello’s service appears to solve by allowing customers to optimize deployments based on costings. However, the top two issues concerned with hybrid cloud decisions — data backup and protection, and data confidentiality — will still require enterprise IT managers to work through in any case.

Making hybrid cloud environments a reality by enabling faster deployments and replicating application environments may be being solved by services like Ravello Systems, but enterprises still need to do much of the heavy lifting that comes with public cloud decision-making, including understanding the security risks, maintaining data compliance requirements, and securing data confidentially. Thinking through and documenting that workload still remains, even as technology promises to speed up the actual hybrid migration process.

According to a post in 2013 by New Stack Founder Alex Williams on TechCrunch, the company has historically used the metaphor of a capsule to demonstrate how its software can package apps and launch them into public cloud services such as AWS. Ravello Systems initially offered its “application hypervisor” service for test and development, automating the way applications get deployed to the cloud.

At tge time, company executives, who include the original creators of KVM, the open-source virtualization technology, said the software has the benefits of consolidating the otherwise manual task of packaging apps to be tested in the cloud.

Mark Boyd is a freelance writer for The New Stack and ProgrammableWeb. He's into: API economy, open data, smart cities and tech that helps us interact and connect.
Read more from Mark Boyd
SHARE THIS STORY
RELATED STORIES
Spotify's Backstage: A Strategic Guide Break Your Bottlenecks: Don't Let Kafka Challenges Hold You Back Meet SIG Cluster Lifecycle and Cluster API Maintainers at KubeCon .NET 7 Simplifies Route from Code to Cloud for Developers Can Observability Platforms Prevail over Legacy APM?
TNS owner Insight Partners is an investor in: Docker.
SHARE THIS STORY
RELATED STORIES
What Do 'Cloud Native' and 'Kubernetes' Even Mean? Can Observability Platforms Prevail over Legacy APM? OpenTelemetry Properly Explained and Demoed Driving Digital Experiences via Cloud Native Applications Install Dozzle, a Simple Log File Viewer for Docker
THE NEW STACK UPDATE A newsletter digest of the week’s most important stories & analyses.
The New stack does not sell your information or share it with unaffiliated third parties. By continuing, you agree to our Terms of Use and Privacy Policy.