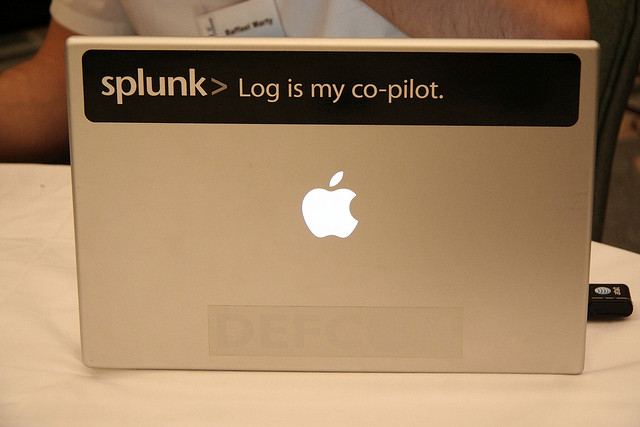 Just like the new breed of cloud BI and data visualization vendors are trying to make data accessible to more people in an organization, Splunk is working on making its machine data interesting and usable to more kinds of people. The company is announcing some new features today, including a couple around the collection of data related to mobile apps, and an update aimed at making its product easier to use.

Splunk initially was a tool primarily for system administrators who used it to access log files when troubleshooting problems, said Bill Emmett, director of solutions marketing at Splunk. “But what people realized is that machine data is diverse. It allows people from across not only the IT organization but increasingly within lines of business themselves to use Splunk to gain insights into not only IT operations and app issues but around what’s going on in the business,” he said.

The company is updating Splunk Enterprise to make it easier for more people within an enterprise to use. The idea is for “casual and less technical users” to get business insights from machine data, the company said. For instance, a new instant pivot feature is designed to let users pivot directly from search, so they can easily create dashboards without having to know the Splunk Search Processing Language. The update also includes “prebuilt panels” which are designed to make it easier for users to create dashboards.

Splunk is also announcing the general availability of what it calls Splunk MINT Express, its product that collects information about mobile apps. The product is based on technology that Splunk acquired along with BugSense last year.

The BugSense technology gives developers data about the performance of their mobile apps, like crash information and whether crashes are localized or widespread, how many daily active users were on the app, and which OS version they used. With MINT Express, Splunk adds more functionality including more insight into network performance and how that impacts app response time. MINT Express also shows developers bottlenecks around the Web server or other components that might be slowing down responsiveness.

Developers can buy MINT Express as a standalone service. To use it, developers must include a line of code into their mobile app so that MINT Express can collect the relevant data.

The company is also rolling out Splunk MINT Enterprise, which combines the mobile data with Splunk’s enterprise data, in beta. The Enterprise product lets users build alerts, dashboards, and reports out of the mobile operations data, offering users more detailed analytics than the Express product.

It’s this Enterprise product that could be more interesting across a business, outside of the IT department. For example, a marketing person could use it to look at where mobile app users are geographically. A line of business person might want to look at variances in the way people use the app based on whether they’re connected to Wi-Fi or a cellular network. Such users can also look at data about how customers use the mobile app compared to customers who might be performing similar activities from a Web site.

Splunk isn’t alone in trying to figure out ways that more people within businesses can take advantage of the data it collects. ExtraHop recently began letting its users stream data to MongoDB, where they more easily can combine machine data with financial data, for instance, in order to dig up new insights.

It’s all part of a larger trend for businesses to try to do more to make sense of the mounds of data they’re collecting from a variety of online services and apps. It makes sense for businesses that are already collecting machine data in the IT department to try to make that same data accessible and useful to other business users.